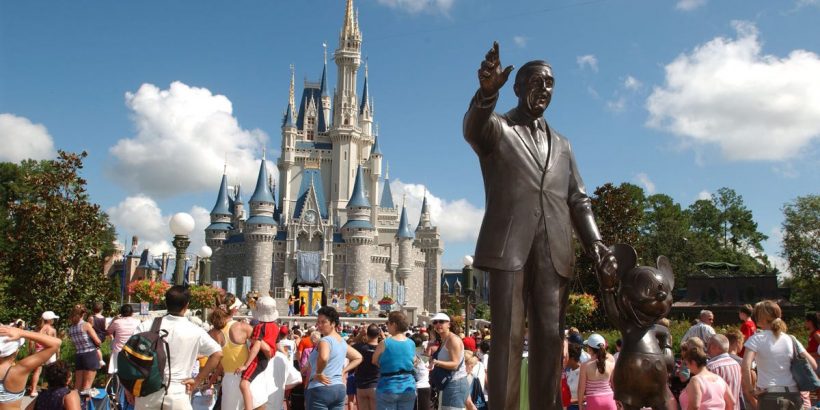 Coronavirus continues to spread across the globe, with more than 116,000 confirmed cases and over 4,000 deaths worldwide as a result of the virus at the time of writing.

As the virus continues to gain traction, public health officials are encouraging people to avoid public gatherings, leading companies to mandate employees work from home and large scale events like South by Southwest (SXSW) to be canceled.

Theme parks like Disneyland and Universal Studios welcome thousands of guests per day, and many of those visitors are tourists from around the world.

Some of the parks, particularly those in the United States, are still open as coronavirus continues to spread, including Disneyland, Disney World, Universal Studios Orlando, Universal Studios Hollywood, and Six Flags parks nationwide.

The parks maintain that they are committed to keeping guests and staff safe as they stay open.

"The health and safety of our guests and team members is our top priority," read a statement from Universal Studios provided to Insider. "We are in frequent contact with health officials, our own health experts and others in our industry and we are closely monitoring the situation."

A statement from Disney's chief medical officer, Dr. Pamela Hymel, on the Disney Parks Blog echoes the Universal statement. "Walt Disney World Resort and Disneyland Resort, are welcoming guests as usual and we continue to implement preventive measures in line with the recommendations of the Centers for Disease Control and Prevention (CDC) and other health agencies," she said.

The parks are taking measures to protect guests and staff

Both Disney and Universal noted that they are increasing regular cleaning schedules and education of staff members in light of coronavirus.

Staff education seems to be a priority for both companies, as Disney's blog post stated that "our onsite health teams and leaders are communicating with our cast members about illness prevention, including the guidance of the CDC."

Similarly, Universal's statement to Insider noted: "We are communicating with our team members and reinforcing our best-practice health and hygiene procedures. We are also educating them on basic preventive measures."

The companies are also encouraging any staff members who feel sick not to come to work.

Universal increased the amount of hand sanitizer on its properties, and Disney is relying on its already extensive cleaning measures, which include a set cleaning schedule, easy access to hand sanitizer and soap, and frequent cleaning of outdoor surfaces.

Six Flags is also working to make attendees feel more at ease when they come to its parks, as it sent out a survey to its customers inquiring what measures would make guests feel safe.

In regards to the survey, Six Flags provided Business Insider with the following statement:

These sites are just four of many global museums and attractions that have closed since coronavirus began to spread.

However, Disneyland Paris has not closed, despite a maintenance worker who works for the park testing positive for the virus.

You can learn more about the Disney Parks' health measures here, and you can read Universal's full statement to Insider below.