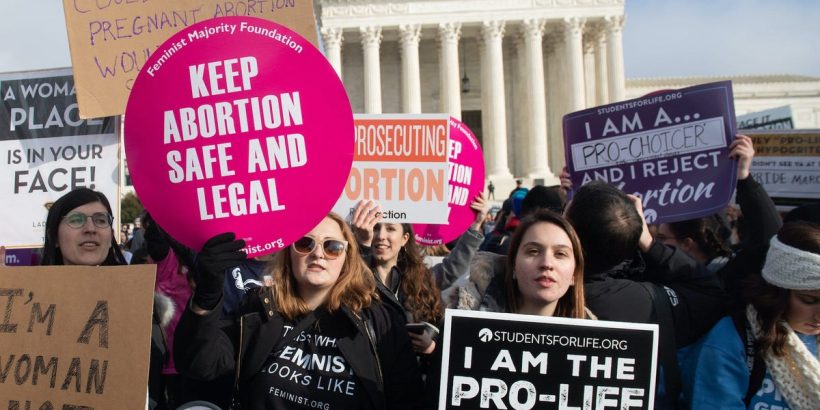 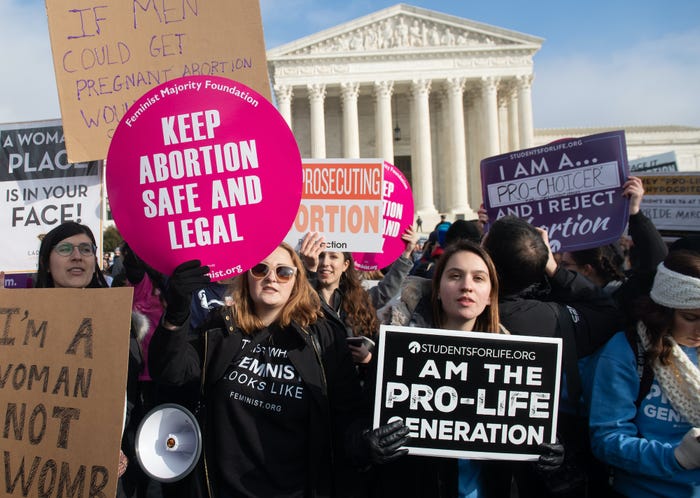 A landmark Supreme Court case called Roe v. Wade protects the right to abortion without excessive government interference at the US federal level. But when it comes to state legislature, each jurisdiction has its own set of laws that affect access to abortion services.

Since the appointment of conservative and historically anti-abortion justice Amy Coney Barrett to the Supreme Court, states such as Mississippi have sent abortion rights cases to the highest court in hopes of setting a new precedent for bans and restrictions.

Louisiana and Colorado both posed ballot initiatives concerning abortion rights in the 2020 presidential election, with Louisiana officially amending its state constitution to explicitly not protect abortion and Coloradans declining to pass a ballot measure that would ban abortion after 22 weeks of pregnancy.

Elisabeth Smith, chief counsel of state policy and advocacy at the Center for Reproductive Rights, said although these state laws cannot outright ban abortion while it is protected at the federal level, they can seriously impact access to it.

"Federal law creates a floor that says abortion is a right, and then state law has the potential to either increase access or really prohibit access," she said.

Here's a breakdown of how state laws either expand, protect, or restrict access to abortion in the US.

States that not only protect the right to abortion in their constitutions but also have removed barriers to getting a safe and legal abortion are considered expanded access states, according a "What If Roe Fell?" tool published by CRR.

In 2019, New York passed a reproductive health act that protected the right to abortion under state law, ensuring that it would remain so even if Roe v. Wade was overturned. The law also removed abortion from the state penal code and allowed clinicians to perform abortions after 24 or more weeks of pregnancy if the mother's life is at risk or the fetus is not viable.

"If you look at a state like New York State, that, in state law, protects the right to abortion, allows advanced practice clinicians to provide abortion care, and covers abortion in a Medicaid program, you can see that they're pretty full access," Smith said.

Allowing advanced practice clinicians such as physician assistants or nurse midwives to provide abortion care makes the service more widely available compared to states where only physicians have that power. Most expanded access states also require both private insurance and Medicaid to cover the cost of abortion care.

However, some expanded access states — Connecticut, Vermont, Washington, and Oregon — still have TRAP laws, or laws imposed on abortion providers that are not required for other medical providers.

As recently as 2019, states have recognized the right to abortion in laws and court precedents.

Illinois passed comprehensive abortion legislation in 2019, which not only protected the right to abortion but also repealed restrictive laws that required husbands to give consent for their wives and put doctors at risk of criminal penalties.

Even in Kansas, where abortion remains heavily restricted, the state Supreme Court ruled that women have autonomy over decisions that affect their bodies and health. The state maintains a 22-week gestational ban and only allows certain methods of abortion.

Alaska, Delaware, the District of Columbia, Florida, Iowa, Maine, Maryland, Massachusetts, Minnesota, Montana, Nevada, New Jersey, and Rhode Island also protect the right to abortion. Most of the states have imposed some degree of restriction, such as gestational limits or requiring young people to obtain parental consent.

The right to abortion could be at risk in more than half of all US states if Roe v. Wade were overturned

If Roe vs. Wade were challenged or overturned, abortion rights would be protected in less than half of the US states. Not all of these states restrict abortion access, but they all leave reproductive rights vulnerable under a majority-conservative Supreme Court.

New Hampshire, Virginia, Wyoming, Colorado, and New Mexico do not protect abortion rights but are not considered hostile to abortion, according to CRR. Most of these states have some restrictions, such as Virginia's prohibition of third trimester abortions.

Colorado, however, is one of seven states that do not prohibit abortion at any point during pregnancy. Only one percent of abortions take place after 21 weeks, usually in cases of poor maternal health or an inviable fetus, according to the Guttmacher Institute. But because abortions after that point are so restricted, women from across the country travel to Colorado for later-term abortions.

By regulating who can provide an abortion, when they can do it, and who has to pay for it, many states have established themselves as anti-abortion zones.

Alabama has the most restrictive abortion law in the US, which bans abortion at any stage of pregnancy under any circumstance. District courts ruled the law unconstitutional in 2019, so it is currently on hold.

In the meantime, Alabama maintains medically unnecessary restrictions, including mandatory ultrasounds at abortion appointments and a required 48-hour waiting period before the procedure can take place.

Arkansas, Kentucky, Louisiana, Mississippi, Missouri, North Dakota, South Dakota, and Tennessee all have so-called "trigger bans" that could prohibit abortion if Roe falls. However, Smith said the bans likely would not be put in place automatically as the name suggests, and would require some legal proceedings to pass.