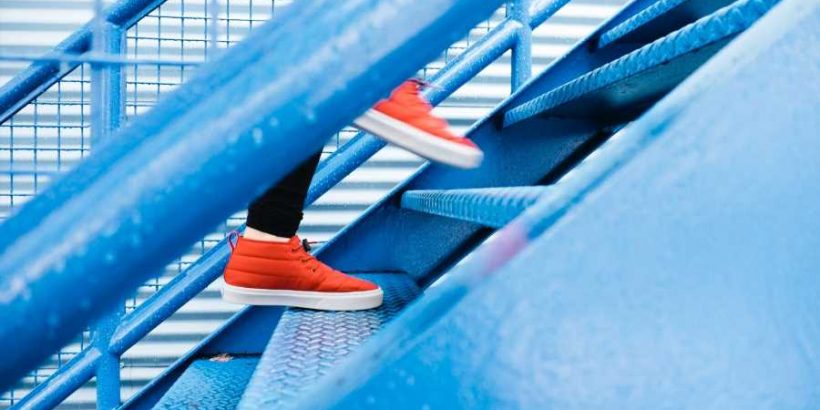 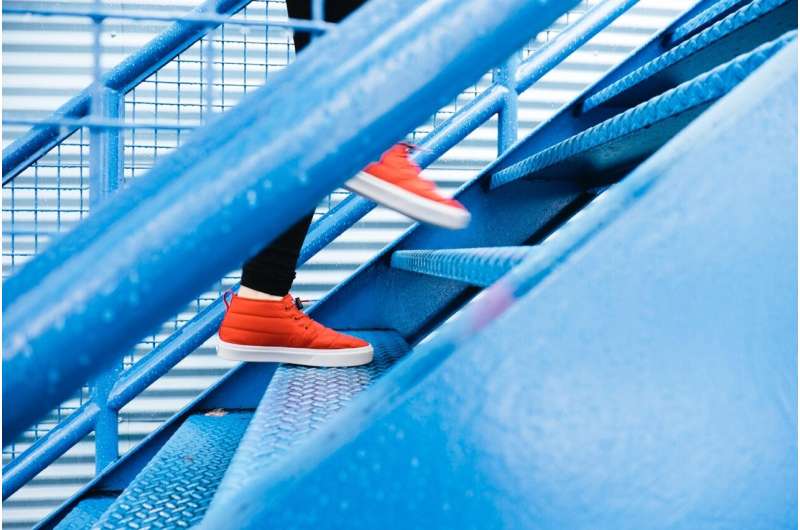 Forty-two percent of people say they can’t work out because they don’t have the time, according to a 2019 poll. Seventy percent in another poll said they don’t have a routine that works for them. Another reported 15% of people are just not happy with how busy their gym is.

“You don’t want to have the time commitment or the financial commitment to exercise,” Amorim said. “You can do this exercise without the equipment.”

The two set out in 2020 with a simple mission: They wanted to conduct a study on short, high-intensity interval training (HIIT), and how it impacted heart rate, oxygen levels and insulin resistance in people with obesity. The other component at the top of their minds was to study these workouts without a typical piece of equipment, like a treadmill.

“We would target that population because we know that little change early on is very effective to change their disease risk,” he said.

Between campus and Albuquerque city buildings, Amorim and Bellissimo chose their third partner in the study: stairs.

“Stairs are a way to make people exercise hard, especially depending on the number of steps that you have,” Bellissimo said. “It can be like a maximal exercise.”

Before they targeted their intended demographic, people at risk for diabetes, they tested the protocol on themselves. Up and down Bellissimo went, ascending and descending flights of stairs at 15-minute intervals each. She looked at acute responses in terms of oxygen consumption, heart rate and blood lactate levels.

“The reason that we wanted to do that is because it would help characterize the intensity of the exercise, and that’s really important,” she said.

They had begun to establish participants in their target age and weight range when the COVID-19 pandemic entered the picture with even greater intensity.

“Imagine as a researcher, you had been monitoring these people for seven, eight weeks, and some people were close to the end, and then you had to tell them like we are not able to finish it,” Amorim said.

They were able to wrap up the stairs saga with just one person, which did produce results.

“We saw we positively impacted one person, but we were hoping for at least 14. So, we were close, but we still think we exposed people to the benefits of stair climbing exercise,” Bellissimo said.

The lab they had planned to work in was closed for months, and even when it reopened, community members they wanted to work with could not come inside.

Despite its endless challenges, eventually, the pandemic actually sparked an idea with these two researchers.

“People were not working in their office anymore,” Amorim said. “They were working at home. Since some people are working remotely and have their home environment, we can make exercise easy for this.”

The acute response of the pilot work they did for the stair study indicated you can hit a certain percentage of your maximum heart rate or blood lactate levels. That means your perceived exertion is high without the use of gym equipment,

“This is a good thing because when you repeat that over time, you can improve things like your cardiorespiratory fitness, which is the biggest predictor of disease,” Bellissimo said.

What if the intensity stayed high, but instead of cardio, incorporated bodyweight protocol?

“Our acute study kind of spiked our interest even more, like, wow, this could be a really beneficial way of training,” she said. “People say they hate cardio or strength, but there’s a reason that health organizations recommend adults do both.”

From there, Bellissimo crafted an especially catered bodyweight exercise protocol that also incorporated aerobic and cardio components. She and a dozen lab workers were the participants.

The five are as follows, with steps back and forth in between as part of active recovery to keep your heart rate up:

Bellissimo’s dissertation is also using this set of protocols, with the originally intended study group: community members between the ages of 18 to 55 who face obesity.

Each participant underwent blood, strength, and fitness testing, and received a Fitbit to track their progress each week. They wore it for three days, going about their regular physical activity levels, before beginning the six-week exercise program.

Each week, the difficulty changed, with exercise intervals increasing by ten seconds. That meant by week five and six, participants were doing 60 seconds of bodyweight exercise, followed by 60 seconds of stepping in place–the active recovery. Still keeping with COVID-19 protocol, the exercises were uploaded online to follow at home.

“I think one of the struggles with any remote or home-based intervention is you have to find a way to make sure people are doing the exercise,” Bellissimo said. “So that was kind of our idea with the Fitbit. It’s also an incentive because they get to keep the Fitbit after the study.”

Amorim and Bellissimo have found the benefits incredibly noteworthy. On top of expounding on benefits involving oxygen and blood lactate levels, the bodyweight exercises surpassed the success of cardio workouts lasting the same amount of time, if not longer.

“If I can dedicate 20 to 25 minutes of my day to a treadmill exercise, still, probably the bodyweight exercise is going to have more benefits in terms of muscle development and muscle hypertrophy that the treadmill would not,” Amorim said.

He said while the treadmill could act as either endurance or aerobic on its own, bodyweight exercises have both of these, as well as muscle growth.

“With your breathing elevated, this exercise has a muscle damage component that makes your muscle stronger or even increases your muscle,” he said.

The variety, which tackles the problem of a boring workout session, also proved beneficial.

“When you do it at an all-out effort with intervals of all out, followed by maybe stepping in place,” Bellissimo said, “You get both the aerobic stimulus, but then also the muscle strengthening stimulus, which is going to be more beneficial for your health in the long term.”

It’s important to note, Bellissimo says, when the protocol is begun, there are options and modifications. That way, it doesn’t have to be a perfect, potentially challenging act each time. Either way, participants gain knowledge regarding exercise processes and intensity.

“One of the benefits of bodyweight exercises is that you can modify them. If you can’t squat past 90 degrees, you could do a little quarter squat,” she said. “Eventually you’ll notice you can progress through the movement. There’s always a learning curve with any type of exercise that involves some type of choreography.”

While both encourage everyone to test out the protocol and see the benefits for themselves, if exercise is still not appetizing to you, Amorim has other solutions.

“Let’s say you are coming out of the grocery store, and you can carry one bag in each hand– instead, carry three. If you can take the stairs instead of the elevator, take the stairs. If you can start speeding up a little, use that because your heart, your lungs, your muscles, they need this,” he said.

The CDC estimates 25% of Americans do not exercise at all. That’s a lifestyle that could result in a plethora of health conditions, and in some cases, premature death.

“Remember, exercise is a necessary part of being human. We have to change the lifestyle we’ve been suffering from,” Amorim said.

The study is published in Frontiers in Physiology.