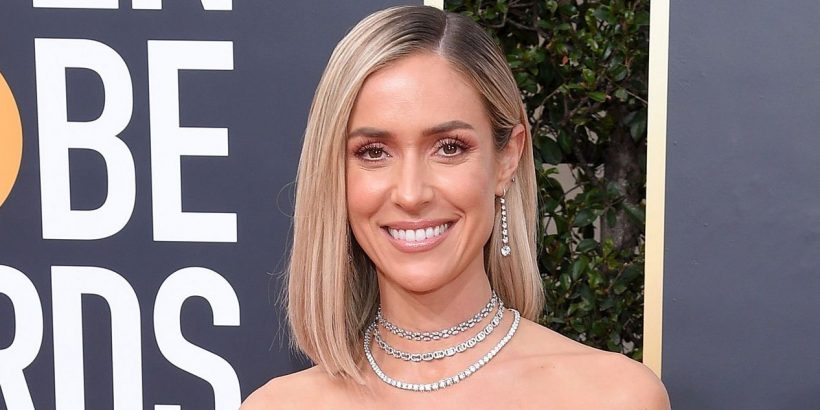 In it together! Kristin Cavallari is raising her and Jay Cutler’s two sons to respect each other.

“I had this conversation with my boys the other day because Jaxon told Camden’s crush at school that he had a crush on her or something, and I was like, ‘You guys, you’re brothers! You need to have each other’s backs! At the end of the day, this is who we can count on, you know?’” the reality star, 33, exclusively told Us Weekly on Tuesday, October 27, while promoting her True Comfort cookbook. “That means something. That’s really special. I just love having that bond, that unconditional love that’s unexplainable to anyone else.”

Camden, 8, Jaxon, 6, and their sister, Saylor, 4, “all have a very sweet side,” the Colorado native added. “They also all have really good senses of humor. They can take a joke. They all have a really sensitive side too, and I think all of those things are a combination of Jay and I.”

Since announcing her and the former professional football player’s split in April, the exes have been coparenting. “There’s a way to do this,” the True Roots author told Us on Tuesday. “Obviously, it’s not what either of us wanted, but let’s make the most of it for them. I hope that they know that it’s because we love them so much. “

The former couple reached a custody agreement in May giving each parent 182.5 days a year with the little ones, according to court documents obtained by Us.

That same month, the Laguna Beach alum exclusively told Us that she is going “stir crazy” while quarantining with her kids amid the coronavirus pandemic.

“We really can’t go anywhere,” the Uncommon James creator explained at the time. “My kids are young, so that’s nice. It’s not the end of the world if they’re not sitting here doing schoolwork every day.”

The fashion designer is keeping busy making recipes from her True Comfort cookbook. “I’m gonna be doing the stuffing that’s in the book [for Thanksgiving], the gluten-free and dairy-free pecan pie and I’m gonna do the spicy deviled eggs as an appetizer,” she told Us. “I’m gonna do the apple pie from True Roots, the butternut squash mash and then the crispy brussels sprouts. Quite a lot of stuff!”

With reporting by Carly Sloane