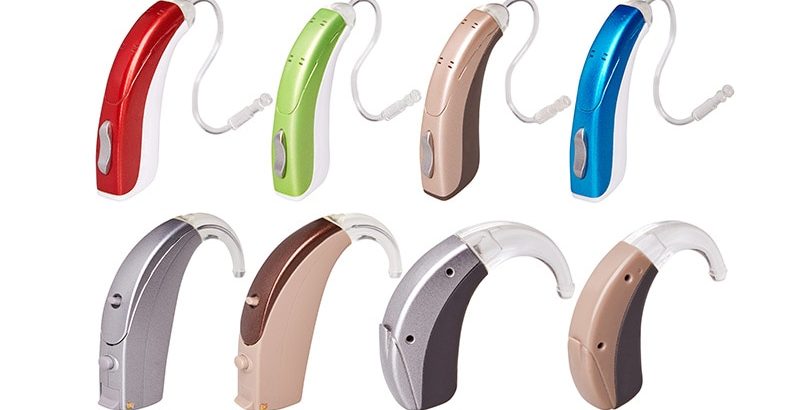 Editor‘s note: This story has been updated with additional perspective

People dealing with hearing loss will be able to buy hearing aids without a doctor’s prescription as soon as mid-October.

The White House announced that the FDA will move forward with plans to make hearing aids available over the counter in pharmacies, other retail locations, and online.

An estimated 28.8 million U.S. adults could benefit from using hearing aids, according to numbers from the National Institute on Deafness and Other Communication Disorders. But only about 16% of people ages 20 to 69 years who could be helped by hearing aids have ever used them.

The risk for hearing loss increases with age. Among Americans ages 70 and older, only 30% who could hear better with these devices have ever used them, the institute reports.

“I am hopeful I never have to watch another patient in despair because they want heading aids but can’t handle the huge price tag,” Nicholas Reed, a doctor of audiology, says when asked to expand on his Twitter comments.

Sarah Sydlowski, a doctor of audiology and president of the American Academy of Audiology, shares Reed’s enthusiasm.

“I think it’s a really big deal,” she says. “We’ve been waiting for these regulations to come out for at least 6 years.”

People might first notice hearing loss on phone calls where they don’t have the visual cues of speaking in person, during meetings at work, or when trying to follow conversations in a noisy restaurant, for example, says Barbara Kelley, executive director of Hearing Loss Association of America.

Trying over-the-counter hearing aids can be like someone first noticing they need to squint to read small type and then buying reading glasses, Sydlowski says.

Beyond the cost, stigma is another reason some people avoid getting hearing aids, Kelley says. Hearing aids are “associated with being an older person.” The greater availability and use of hearing aids from this new category could help minimize this stigma, she says.

Once the FDA final rule takes effect, Americans with mild to moderate hearing loss will be able to buy a hearing aid without a doctor’s exam, prescription, or fitting adjustment.

President Joe Biden announced in 2021 he intended to allow hearing aids to be sold over the counter without a prescription to increase competition among manufacturers.

Congress also passed bipartisan legislation in 2017 requiring the FDA to create a new category for hearing aids sold directly to consumers. Some devices intended for minors or people with severe hearing loss will remain available only with a prescription.

“This action makes good on my commitment to lower costs for American families, delivering nearly $3,000 in savings to American families for a pair of hearing aids and giving people more choices to improve their health and wellbeing,” the president said in a statement announcing the news.

An Additional Option for Many

Over-the-counter devices are one option, but there is a wide range of other interventions available, Sydlowski says.

In addition to over-the-counter hearing aids for perceived mild to moderate hearing loss, prescription hearing aids are designed to help mild to more profound hearing loss. Furthermore, cochlear implants can help some patients, although only about 3% who could benefit from them have them implanted, Sydlowski says.

“What can be most important is that there’s the understanding among the public that an over-the-counter device is not the only option,” she says. “If they feel like they’re not getting appropriate benefit, they can always access the care of the audiologist.”

The new over-the-counter hearing aids will be considered medical devices. To avoid confusion, the FDA explains the differences between hearing aids and personal sound amplification products (PSAPs). For example, PSAPs are considered electronic devices designed for people with normal hearing to use in certain situations, like birdwatching or hunting.

Asked if audiologists could lose business from this new category of hearing aids, Sydlowski says, “I suppose that’s possible for a variety of different reasons. Lots of markets can change. But my perspective on this, and I think the perspective of the Academy, is that this is an opportunity to increase awareness about the importance of hearing health.”

“There are so many people who need this care,” Sydlowski added, “that there is more than enough of a market to go around.”

In many ways, Sydlowski says, “this feels like the culmination of an effort to bring the over-the-counter category to market, but in many other ways, this is just the beginning.”

She predicts the FDA will continue to monitor OTC hearing aids even after they become available to the public. The American Academy of Audiology will also watch how things progress “to make sure that the best interests of the public and potential patients are at heart.”

The Hearing Loss Association of America also will continue to educate consumers, raise awareness, and do policy and advocacy work on behalf of Americans with hearing loss, Kelley said.