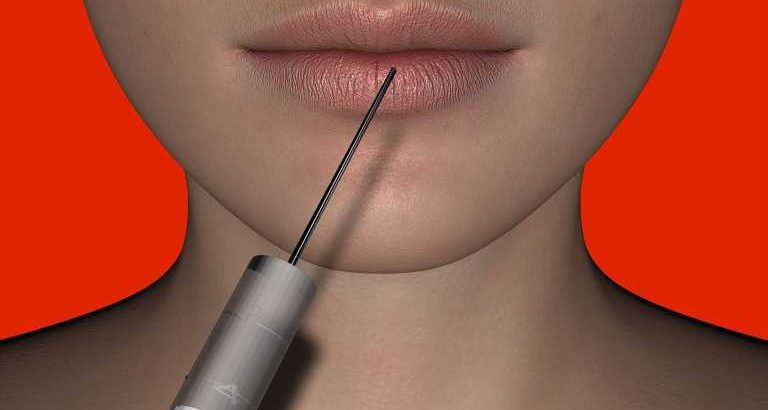 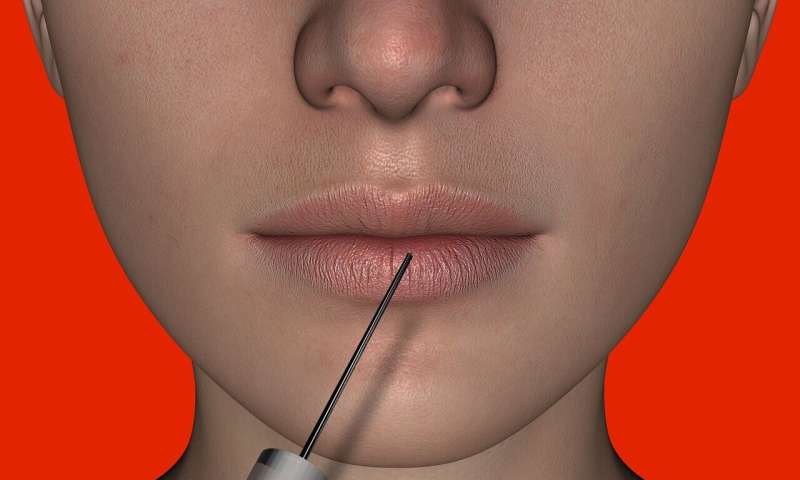 Botox, a medication derived from a bacterial toxin, is commonly injected to ease wrinkles, migraines, muscle spasms, excessive sweating and incontinence. Forehead injection of the medication is also currently being tested in clinical trials for its ability to treat depression.

Researchers at Skaggs School of Pharmacy and Pharmaceutical Sciences at University of California San Diego have mined the U.S. Food and Drug Administration (FDA)’s Adverse Effect Reporting System (FAERS) database to see what nearly 40,000 people reported happened to them after treatment with Botox for a variety of reasons.

In the study, published July 30, 2020 in Scientific Reports, the team discovered that people who received Botox injections—at six different sites, not just in the forehead—reported depression significantly less often than patients undergoing different treatments for the same conditions.

“For years, clinicians have observed that Botox injected for cosmetic reasons seems to ease depression for their patients,” said Ruben Abagyan, Ph.D., professor of pharmacy. “It’s been thought that easing severe frown lines in forehead region disrupts a feedback loop that reinforces negative emotions. But we’ve found here that the mechanism may be more complex, because it doesn’t really matter where the Botox is injected.”

Abagyan led the study with Tigran Makunts, PharmD, who was a pharmacy student at the time and is now a research fellow at the FDA, and Marc Axel Wollmer, MD, a psychiatrist and researcher in Germany who has led past clinical studies in which Botox was found to alleviate depression.

The FAERS database contains more than 13 million voluntary reports of adverse effects people experienced while taking a medication. Abagyan and team have found they can also use the database to look at absence of a health complaint when a person takes a medication, if compared to a control group. In this case, they searched for the absence of depression.

The team focused on nearly 40,000 FAERS reports of people experiencing adverse events after Botox treatment. The reports cover Botox treatment for eight different reasons and injection sites, including forehead, neck, limbs and bladder. Then the team applied a mathematical algorithm to look for statistically significant differences between Botox users and patients who received different treatments for the same conditions.

Here’s what they found: Depression was reported 40 to 88 percent less often by Botox-treated patients for six of the eight conditions and injection sites.

“This finding is exciting because it supports a new treatment to affect mood and fight depression, one of the common and dangerous mental illnesses—and it’s based on a very large body of statistical data, rather than limited-scale observations,” Makunts said.

To be clear, the data used in this study was not collected for the purpose of exploring the association between Botox use and depression exclusively. In addition, the FAERS data represents only the subset of Botox users who experienced negative side effects. While the team excluded reports in which a person was also taking antidepressants, the use of other prescription and over-the-counter medications could have been underreported in some cases.

The clinical trial underway are directly testing Botox treatment for people with depression, a gold standard approach for gathering insights on the relationship between a medication and a health condition. Since that trial is only testing forehead injection of Botox, Abagyan says additional clinical trials may be necessary to work out the best site and dose to administer the medication specifically for the treatment of depression.

Likewise, more research is needed to determine the mechanism by which Botox acts as an antidepressant, Abagyan says. He and collaborators hypothesize a few possibilities worth investigating: Botox could be transported to the regions of the central nervous systems involved in mood and emotions. Or, since Botox is commonly used to treat chronic conditions that may contribute to depression, its success in relieving the underlying problem may indirectly also relieve depression.