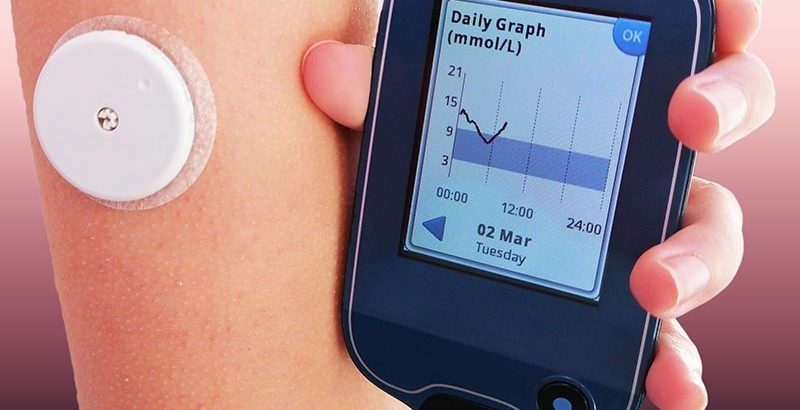 Use of continuous glucose monitoring (CGM) by people without diabetes is becoming increasingly popular despite little evidence of benefit thus far, prompting discussion in the diabetes technology community about best practices.

Emerging uses for CGM outside of diabetes include improving glucose patterns to avoid diabetes; improving mental or physical performance; and promoting motivation for healthy behavior change. Such uses are not approved by the US Food and Drug Administration (FDA) and not covered by health insurance, yet a growing number of people are paying digital health companies for the devices as part of wellness packages.

In a related issue that highlights a limitation in this area, new data suggest that the “glucose management indicator (GMI)” feature of CGMs used for diabetes management — a percentage derived from people with diabetes and elevated A1c — may overestimate the actual A1c level in people without diabetes or those with diabetes who maintain A1c < 6.5%.

“This is an evolving space…CGM in people with prediabetes may be beneficial but we need more data and evidence to recommend it. CGM metrics such as time-in-range and GMI are designed for people with type 1 and type 2 diabetes, and therefore, they are not applicable for people without diabetes,” Viral Shah, MD, told Medscape Medical News.

During the virtual Diabetes Technology Society meeting recently, Shah presented results from a soon to be published study finding that on average, GMI was 0.59% higher in people with A1c < 5.7% and 0.49% higher for A1c 5.7%-6.4%, both significant (P < .0001). Shah, of the Barbara Davis Center for Diabetes, Adult Clinic, Aurora, Colorado, also presented those data in June at the American Diabetes Association (ADA) 2022 Scientific Sessions.

Juan Espinoza, MD, of Children’s Hospital Los Angeles, California, told Medscape Medical News that there are data showing that CGM can be a “powerful biofeedback tool” in people with obesity who don’t have diabetes. “Since they don’t have diabetes the time in range or GMI is meaningless. What’s useful for them is seeing the glucose changes in real time and then using that as a trigger for behavioral change.”

“An Idea Whose Time Has Come?”

Espinoza was a co-author on a review published online in July 2022 in the Journal of Diabetes Science and Technology, entitled, “Use of Continuous Glucose Monitors by People Without Diabetes: An Idea Whose Time Has Come?

The review examines several aspects of the issue, beginning with studies that used CGM to investigate glucose concentrations in people with normal fasting glucose and glucose tolerance tests. Nearly all those individuals — from populations around the world — fell in the blood glucose range of 70 to 140 mg/dL.

Also reviewed are studies using CGM to study effects of diet, exercise, and stress on glucose levels in people without diabetes. Subsequent sections summarize the limited data that are available suggesting potential benefit for use of CGM in metabolic disease including prediabetes and obesity, non-metabolic conditions such as steroid treatment or parenteral nutrition, health and wellness, and among elite athletes. In that last group, glucose levels in both the hypoglycemic and hyperglycemic ranges during intensive activity have been documented.

Currently, there are four CGM devices that are FDA-approved for use in people with diabetes: FreeStyle Libre (Abbott), the implantable Eversense (Senseonics), and devices from Dexcom and Medtronic.

As Espinoza and colleagues explain in their review, most of the commercial health and wellness CGM programs, such as Nutrisense, Signos, and Supersapiens, actually use sensors made by those same manufacturers. Nutrisense and Supersapiens use the FreeStyle Libre, and Signos uses the Dexcom.

But, rather than the manufacturer’s apps meant for use by people with diabetes, the wellness companies pair the sensors with their own specially designed apps, and typically offer additional services such as health coaching or nutrition counseling “to improve general health.”

Subscribers pay a monthly fee. Signos, for example, charges $399 for 1 month, $199/month for 3 months, or $159/month for 6 months. A prescription is required, but the company’s website says, “rest assured, an independent physician will handle the prescription for you, so you won’t need to arrange for a doctor visit. It is included in the cost of membership.”

Several consumer health product companies are now developing non-invasive glucose monitors, most often as a wristwatch, for people without diabetes to measure glucose optically from the skin in the wrist.

“It remains to be determined how accurate these new devices will be and how they will be regulated,” the researchers write.

What to Do With the Data?

The dedicated health and wellness apps typically provide average glucose and trend data, but not the GMI, time in range, or other “ambulatory glucose profile” summary data. However, in theory users could access those data by downloading the manufacturers’ viewing apps, for example, Clarity for Dexcom or LibreView for Libre.

Moreover, a person without diabetes could always obtain an off-label prescription from their physician for a FreeStyle Libre and purchase it at a pharmacy. At Walmart, for example, the cost for two boxes of two glucose meters with 14 days of wear each is $136.77. In that situation as well, users could download the viewing app that contains the summary data including the GMI that could potentially mislead in the setting of consistent normoglycemia.

He added that despite the availability of normative data, “even people without diabetes are a fairly heterogenous group. They can still have insulin resistance, so it’s tricky. From a science standpoint, we probably need studies with hundreds of patients with well-established A1c and [insulin resistance measures], weight, and body mass index. Then and only then will we be able to give an accurate glucose profile.”

In the meantime, “More data is always a good thing, but the hard thing is figuring out what do we do with it. Maybe it’s biofeedback for behavioral modification. We don’t know yet. But these are powerful tools and maybe we should learn how to use them better.”

Miriam E. Tucker is a freelance journalist based in the Washington, DC, area. She is a regular contributor to Medscape, with other work appearing in The Washington Post, NPR’s Shots blog, and Diabetes Forecast magazine. She is on Twitter: @MiriamETucker.