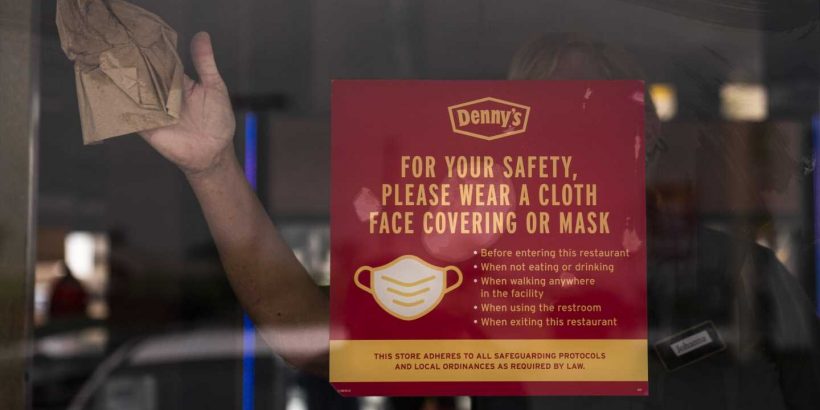 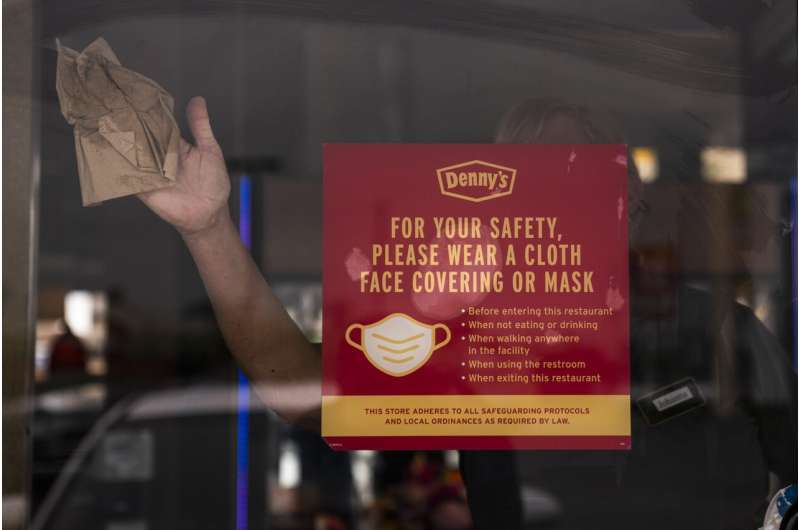 Half of American workers are in favor of vaccine requirements at their workplaces, according to a new poll, at a time when such mandates gain traction following the federal government’s full approval of Pfizer’s COVID-19 vaccine.

The poll from The Associated Press-NORC Center for Public Affairs Research shows that about 59% of remote workers favor vaccine requirements in their own workplaces, compared with 47% of those who are currently working in person. About one-quarter of workers—in person and remote—are opposed.

The sentiment is similar for workplace mask mandates, with 50% of Americans working in person favoring them and 29% opposed, while 59% of remote workers are in favor.

About 6 in 10 college graduates, who are more likely to have jobs that can be done remotely, support both mask and vaccine mandates at their workplaces, compared with about 4 in 10 workers without college degrees.

Christopher Messick, an electrical engineer who is mostly working from home in Brunswick, Maryland, said he wrote to his company’s human resources department to ask that employees be required to get vaccinated before they are recalled to the office.

Messick, who is vaccinated, said he doesn’t just worry about his own health. He said he also doesn’t want to worry about getting a breakthrough infection that could land an unvaccinated co-worker in the hospital.

“I don’t want sit an office for eight hours a day with someone who is not vaccinated,” said Messick, 41. “The people who are anti-vax, I see them as selfish.” 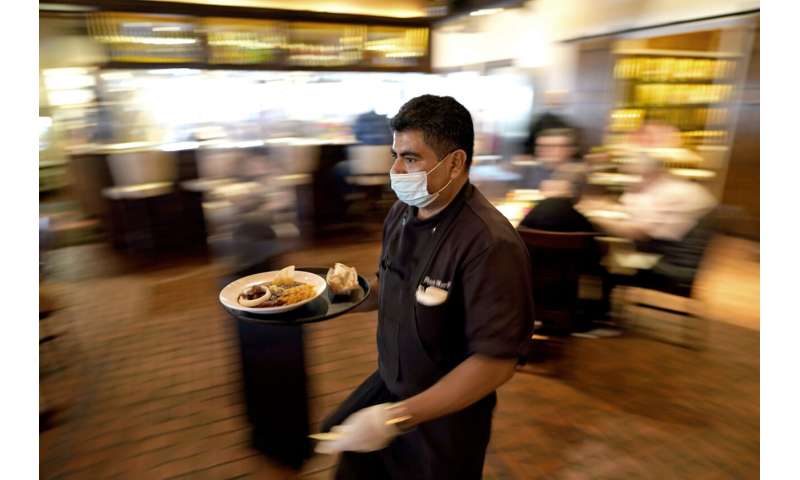 So far, many vaccine requirements are coming from private companies with employees who have mostly been able to work from home during the pandemic. The companies, including major tech companies and investment banks, have workforces that are already largely vaccinated and consider the requirement a key step toward eventually reopening offices. Goldman Sachs joined that trend Tuesday, telling employees in a memo that anyone who enters its U.S. offices must be fully vaccinated starting Sept. 7.

In contrast, few companies that rely on hourly service workers have imposed vaccine mandates because the companies are concerned about losing staff at a time of acute labor shortages and turnover. Exceptions include food processing giant Tyson Foods and Walt Disney World, which reached a deal this week with its unions to require all workers at its theme park in Orlando, Florida, to be vaccinated.

The AP-NORC poll was conducted before the FDA granted full approval of Pfizer’s vaccine, which some experts and employers are hoping will persuade more people to get the shot and support mandates.

Drugstore chain CVS said this week that pharmacists, nurses and other workers who have contact with patients will have to be inoculated, but the company stopped short of requiring the vaccine for other employees such as cashiers.

The AP-NORC poll showed high support for vaccine mandates among those who say they work in person in a health care setting, with 70% approving of vaccine requirements at their workplace. 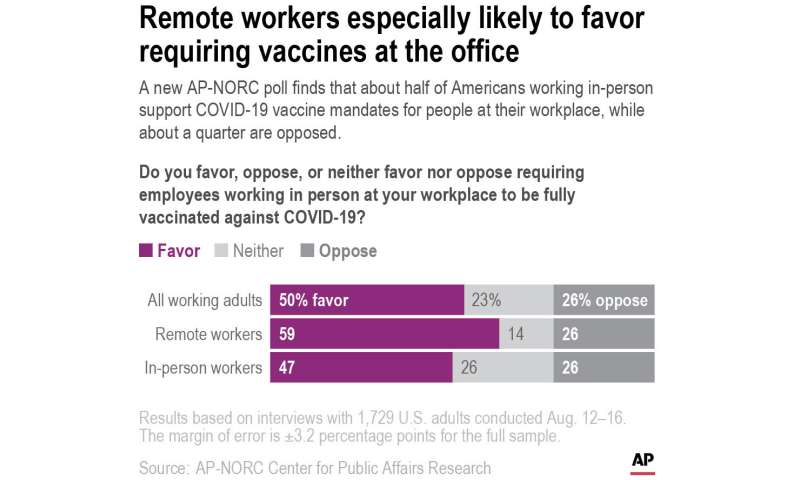 Despite mixed support for mandates among in-person employees, 71% of those workers said they themselves are vaccinated.

Mike Rodriguez, a maintenance worker at an auto dealership in Florida, said he got the vaccine in the spring after a diabetes diagnosis gave him a sense of urgency. But he said he leans against supporting a vaccine mandate at his job and does not mind that masks are not required.

“I don’t like being told what to do. Never have,” said Rodriguez, 54. “I’m going to wear mine no matter what. Just like whenever I go into a store. That’s my choice.”

Janet Haynes of Topeka, Kansas, an education consultant who works part time as a package handler at a warehouse, said she struggled in March to get an appointment, putting herself on various waiting lists before she finally got a call. Now that vaccines are widely available, Haynes said she is frustrated with people who are reluctant to get them and she would support a requirement at her warehouse, where she dodges co-workers who flout a mask rule.

“We get so hung up on democracy and freedom, but the reality is that your freedom can’t exist at the expense of someone else’s loss,” said Haynes, adding that she recently had a breakthrough case of COVID-19 and credits the vaccine for her swift recovery. “We are not going to be free until we get vaccinated.”