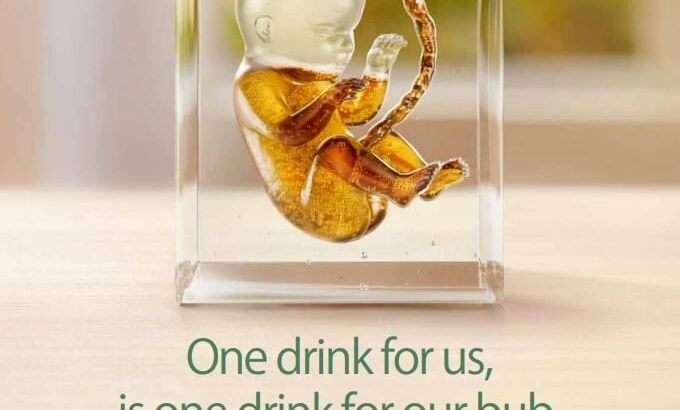 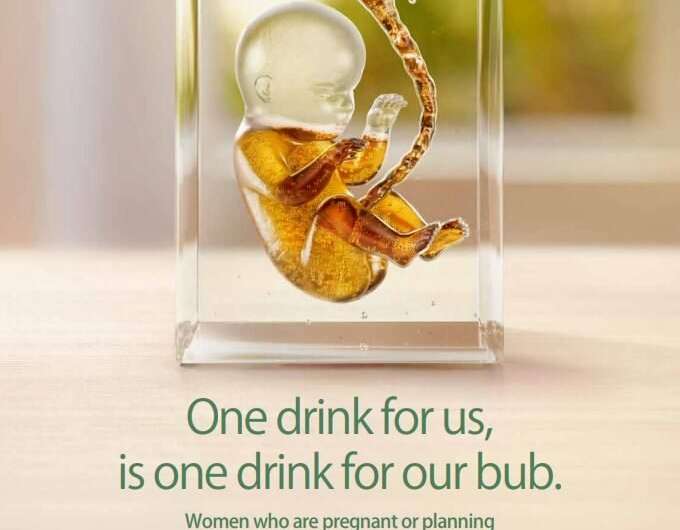 A hard-hitting awareness campaign on the dangers of drinking during pregnancy successfully increased concerns about unborn babies’ exposure to alcohol and discouraged women from drinking while pregnant.

The campaign, featuring a glass mold of a fetus being filled with red wine through a glass placenta, also made the majority of those who saw it more likely to support others not to drink during pregnancy.

Professor Simone Pettigrew said that while a national recommendation of zero alcohol had been in place for over a decade, over a third of women drink at least some alcohol during pregnancy.

“Our research shows that well-designed campaigns on the effects of alcohol during pregnancy can really influence the drinking behavior of future parents,” she said.

Alcohol used during pregnancy passes through the placenta, leading to similar blood alcohol levels for the developing fetus and the mother. It can affect a baby’s growth and can lead to a range of lifelong problems—collectively known as fetal alcohol spectrum disorder (FASD)—affecting things like memory, attention, reasoning and impulsivity. It is also associated with stillbirth.

The “One Drink” campaign aimed to inform adults across WA that there is no safe level of alcohol during pregnancy and that women who are pregnant or planning a pregnancy should not drink alcohol.

To evaluate the impact of the campaign, George Institute researchers analyzed data from 889 respondents, approximately two-thirds female, one-quarter of which were either pregnant or planning a pregnancy. Two-thirds of respondents were in the 26–45 year age group, there was an even spread across socioeconomic status, and one-quarter resided in regional or remote areas.

“The campaign was highly visible, with most respondents reporting having seen or heard it on at least one form of media, but it was also very well received, with most considering it to be believable, clear, trustworthy and memorable,” said Professor Pettigrew.

One-third of female respondents (33%) reported that after seeing the campaign they had decided not to drink alcohol at all while pregnant.

Interestingly, just over half the sample (54% and 53% of those pregnant or trying to conceive) indicated that the “One Drink” campaign had taught them something new.

The findings, published in Drug and Alcohol Review, suggest that information about how alcohol reaches and affects the fetus and strategies for avoiding alcohol in social situations, could further support intentions to abstain.

Tahnee McCausland from the Western Australian Mental Health Commission said that this was the first evaluation of an Australian pregnancy alcohol harm reduction campaign to have been published to date.