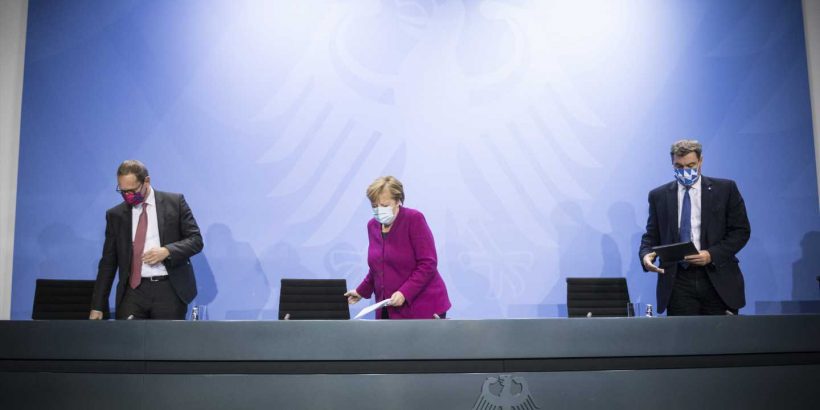 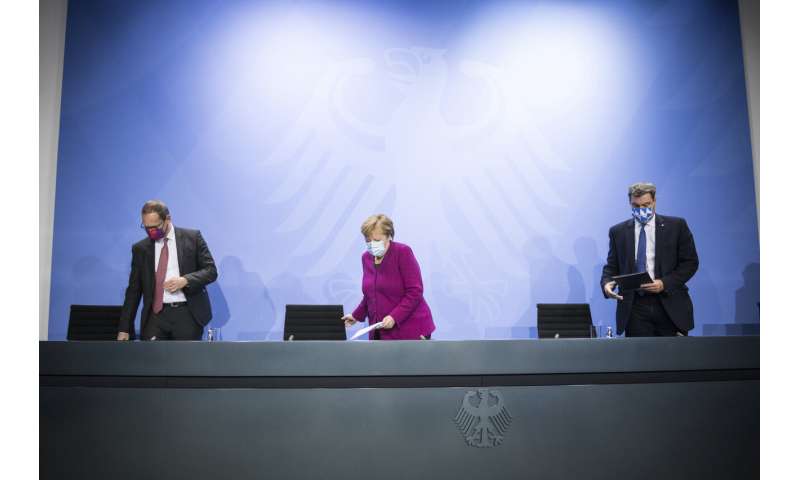 Chancellor Angela Merkel and the governors of Germany’s 16 states agreed Wednesday to tighten mask-wearing rules and make bars close early in areas where coronavirus infection rates are high, an attempt to avoid tougher restrictions now being introduced elsewhere in Europe.

The meeting came hours after the country reported more than 5,000 infections in one day for the first time since mid-April. Germany is still in better shape than many other European countries, but infections have accelerated rapidly in recent weeks.

“We must stop this exponential rise, the quicker the better,” Merkel said. “If we don’t, this won’t end well.”

So far, German authorities have called for districts to take action when they report 50 new infections per 100,000 residents over seven days. Many major cities have exceeded that mark recently, including Berlin, Cologne, Frankfurt, Stuttgart and Munich.

Wednesday’s agreement—reached in eight hours of wrangling with state governors, who are responsible for imposing and lifting restrictions—called for action once infections hit 35 per 100,000 people.

Officials recommended that mask-wearing—already required since April on public transport and in shops—should also be made obligatory in public places where people are packed closely together when infections hit 35 per 100,000. They also called for bars and restaurants in those districts to be closed early.

In areas where infections top 50 infections per 100,000 people, gatherings in public and private parties should be limited to 10 people, and bars and restaurants closed at 11 p.m.

If those measures don’t halt the rise in infections within 10 days of being imposed, “further targeted restrictions are unavoidable,” with only five people allowed to gather in public, federal and state governments said.

They appealed to people to refrain from non-essential domestic journeys to and from places where infections top 50 per 100,000 people.

But Merkel said she was “not entirely satisfied” that officials failed to reach an agreement on the merits of barring hotels from hosting people from those areas. Many German states have instituted such rules, creating a confusing and unpopular patchwork of regulations across the country, but discussion on a more coordinated approach was put off until next month.