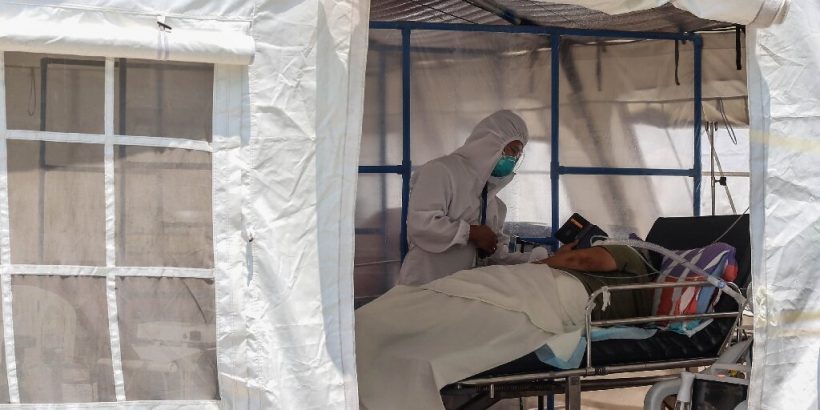 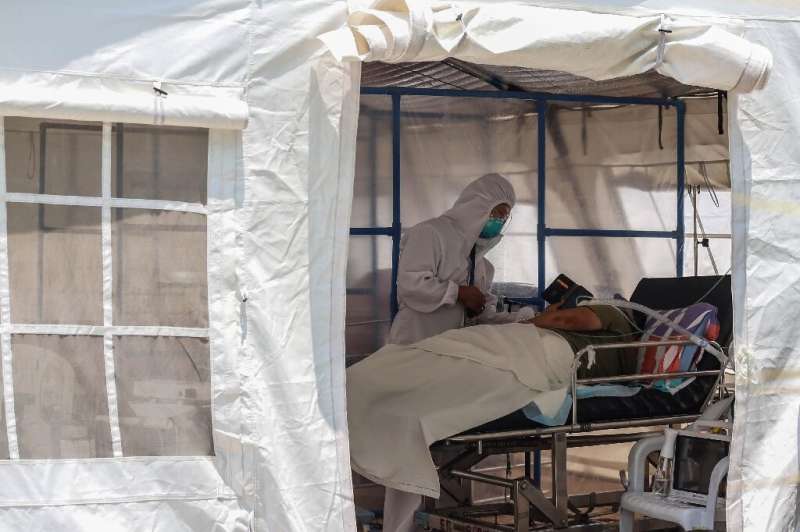 Angelo Barrera’s father struggled to breathe from COVID-19 as he was driven around the Philippine capital in search of a hospital bed. After five hours he got on a waitlist, but died before he could get inside.

More contagious variants of the coronavirus have been blamed for a record surge in infections in Metro Manila that has overstretched hospitals and sent the national capital region into lockdown.

Long queues at emergency rooms have forced people to drive from one health facility to the next in search of treatment, in a situation described by a hospital official as a “nightmare”.

The 61-year-old pastor, who had no pre-existing conditions, suddenly collapsed after suffering mild symptoms of the disease for about 10 days.

“Admission was full, ER was full and even the waitlist for the ER was full. Some hospitals had told us they had 40 patients waiting to get into the ER,” said Barrera.

Eventually, at around 4:00 am, a large private hospital added him to its waitlist for the intensive care unit.

He was on a stretcher and hooked up to an oxygen tank in the patient drop-off area outside the packed emergency room when he died, said Barrera, who declined to name his father.

“Even though we know the ICU isn’t miraculously going to save him it was still our best shot.” 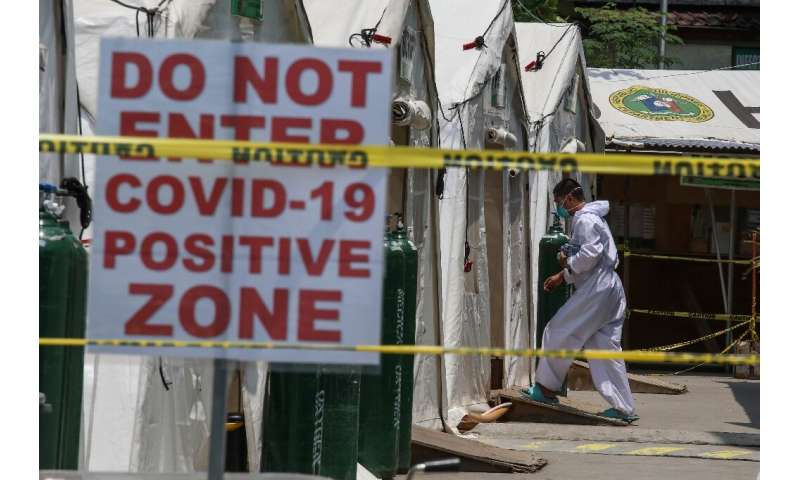 A COVID-19 referral hotline set up during the pandemic to direct the sick to the appropriate hospital has been swamped, unable to handle the hundreds of calls a day to the service.

Many have turned to social media to crowdsource information on facilities still accepting patients—and vent their frustration at the hospital bottlenecks.

“We called 48 hospitals in & around Metro Manila for a friend; her oxygen is at 75%,” Laurel Flores Fantauzzo tweeted on March 31.

“All are full. Many won’t add to waitlists. I wish there were field hospitals. Medical ships. Transformed stadiums. We’ll pay whatever to save her but the infrastructure doesn’t exist. Help, please.”

In a bid to slow the spread of the virus and decongest hospitals, authorities last month ordered more than 24 million people in the capital and four neighbouring provinces to stay home unless they are essential workers.

A week after lockdown was imposed, 70-80 percent of hospital beds for COVID-19 patients were full, while ICU beds were “almost 100 percent” occupied in most of the capital, Health Undersecretary Maria Vergeire said.

“It’s a dire situation—it is the worst nightmare of a hospital manager happening in reality,” said Jaime Almora, president of the Philippine Hospital Association.

Leland Ustare, an anaesthesiologist at St Luke’s Medical Center, said some patients were spending days in the emergency room waiting for an intensive care bed. 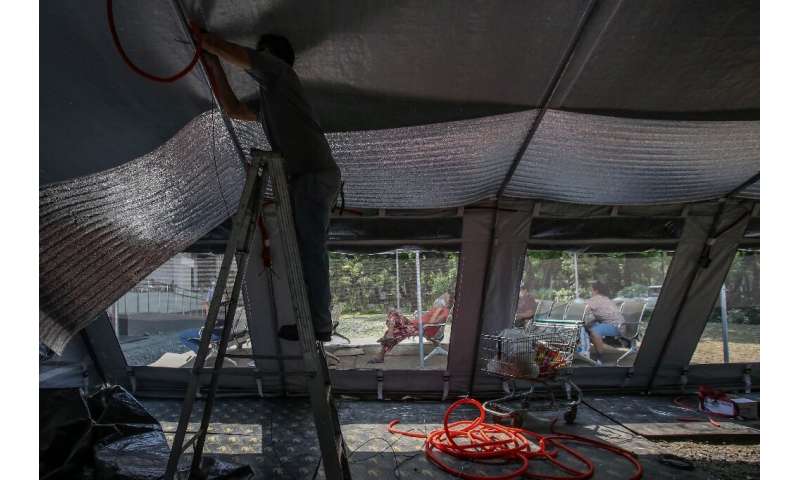 “This time is even worse than last year,” Ustare said, referring to the first few months of the pandemic.

“The numbers are really worse.”

The government is distributing modular tents to struggling hospitals and re-deploying health workers from regions where virus transmission rates are low.

Isolation facilities were being expanded to include schools and hotel rooms for mild cases in an effort to ease the burden and stop the virus spreading in crowded households.

Almora said the problem in hospitals was a lack of health workers, not beds.

“The hospitals have the capacity, they have the beds, but they cannot expand their capability because of the manpower problem,” he said. 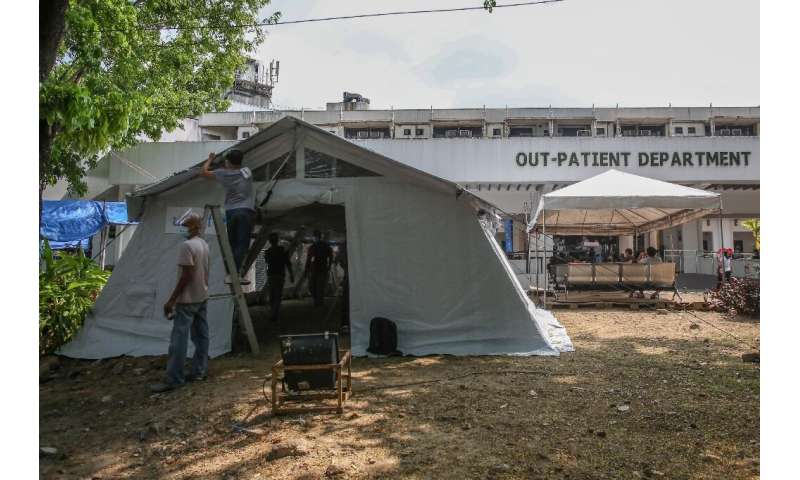 Some nurses have resigned out of fear of catching the virus or gone abroad to work in hospitals where the risks were the same but the pay higher, he said.

President Rodrigo Duterte, whose government has been under fire over its handling of the pandemic and vaccine rollout, warned last week of “bleak months” ahead.

The country’s caseload of more than 828,000—the second highest in Southeast Asia—was expected to top a million before the end of April.

Amid growing panic, some lawmakers and doctors are pushing for the anti-parasite drug ivermectin—touted by some on social media as a COVID-19 “miracle cure”—to be approved for widespread use.

The WHO says ivermectin should only be used as a COVID-19 treatment in clinical trials, citing “inconclusive” evidence.

As her condition worsened he piled her into a taxi, but she was dead by the time they reached the emergency room.

“The cases would not have ballooned if they (the government) were doing the right thing,” said Nazario.