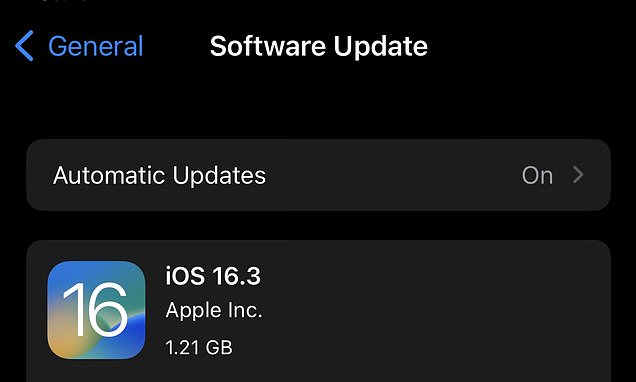 Five best new features of Apple’s iOS 16.3 update released TODAY… including one that might literally be a lifesaver

Apple’s latest iOS software update has arrived and includes a handful of new features — one of which could be a real lifesaver.

IOS 16.3 works with devices from the iPhone 8 onwards. To download, open the ‘settings’ app, go to ‘general’ and select ‘software update’.

As well as the usual bug fixes and quality-of-life changes, the theme of this update appears to be security. 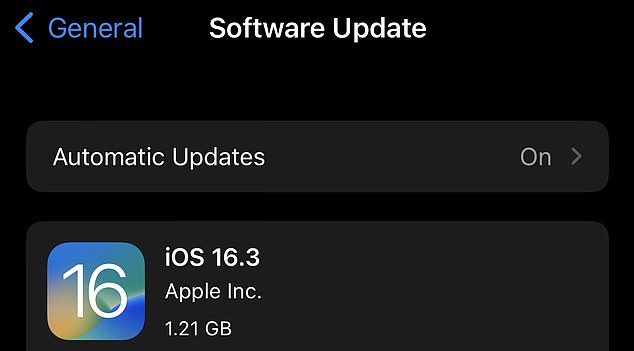 Apple’s Emergency SOS service has been upgraded so you can now call silently, if you enable the function via a slider option (useful in situations where an attacker might be present) .

It’s an option you enable so that when you make an SOS call via the Emergency SOS service, the phone won’t flash or make a countdown.

The Emergency SOS service has also been tweaked to reduce the chance of accidentally triggering it.

A new Call With Hold and Release function triggers an emergency call when you hold a side button and volume button to start a countdown, and then release them to trigger an emergency call (previously it was triggered when the user simply held the buttons).

The new update adds support for physical security keys, rather than using a verification code from another device.

Users will be able to secure their Apple ID and iCloud account with Security keys – a physical device that works as the second layer of two-factor authentication.

So instead of getting a code from another logged-in Apple device, you generate a code with the security key.

Apple will not make their own, but the new service will work with existing security keys from brands such as Yubikey.

Homepod gets a lot better 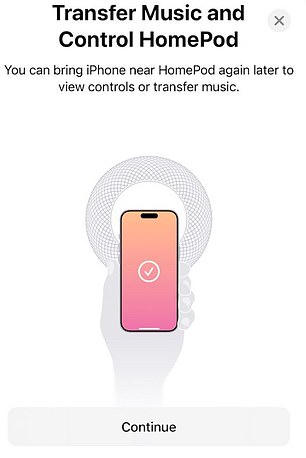 New prompts make it easier to transfer music, podcasts and phone calls from a phone via Handoff to the Apple Homepod speaker.

Several other features Apple announced earlier this month (along with the second-generation Homepod speaker) will go live with the 16.3 software update.

Among other things, it activates a previously unused temperature and humidity sensor inside the Homepod speaker to give users information on their indoor climate.

There’s several audio upgrades including sharpened sound for spoken-word content such as podcasts and remastered ambient sounds which can be added to automations and alarms within tApple’s Home app.

The Find My app on Homepod also enables users to ask Siri for the location of friends or family (they have to have shared this data with you first). 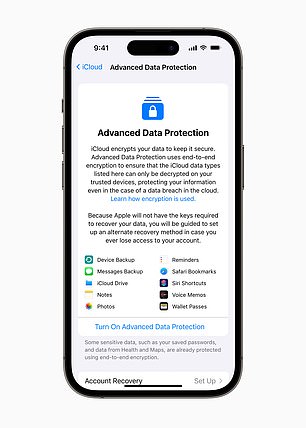 This update enables end-to-end encryption for data in iCloud including Messages, device backups and photos.

It also means that Apple no longer stores encryption keys within iCloud – which means your data is safe even if Apple’s servers are breached, or law enforcement seeks to gain access

Apple says, ‘If you choose to enable Advanced Data Protection, the majority of your iCloud data — including iCloud Backup, Photos, Notes, and more — is protected using end-to-end encryption. No one else can access your end-to-end encrypted data, not even Apple, and this data remains secure even in the case of a data breach in the cloud.’

The downside is, of course, that you’ll need to set up an alternative recovery method – either a trusted contact or a recovery key – as Apple no longer has the keys to get you back into your account.

Advanced Data Protection launched as part of the 16.2 update in the U.S.: this new update takes it worldwide.

You can celebrate Black History Month

Apple has launched a Black Unity-themed iPhone wallpaper for the lock screen which launches with iOS 16.3.

Apple says, ‘Members of Apple’s Black creative community and allies came together to develop this year’s Black Unity Collection and designed the new expressions inspired by the creative process of mosaic, celebrating the vibrancy of Black communities and the power of unity.’ 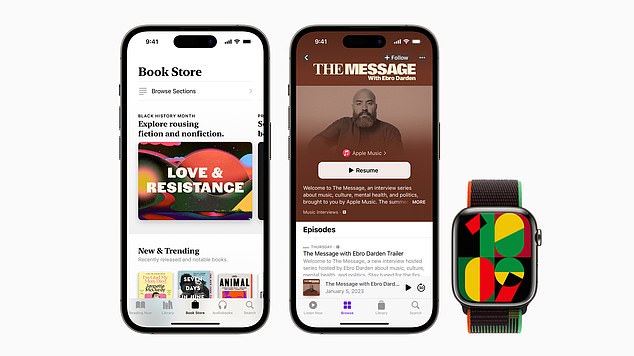