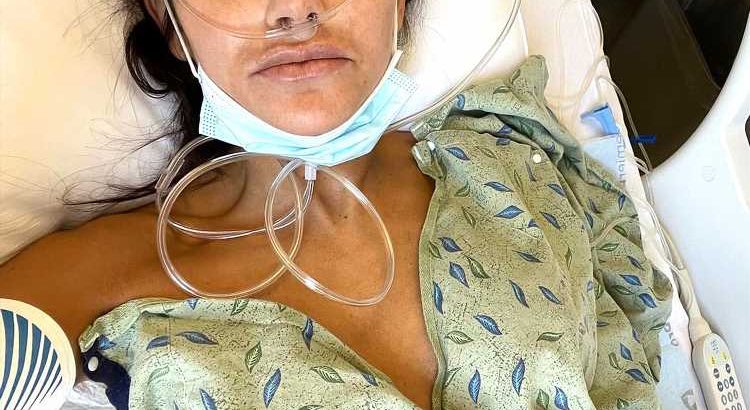 Fitness influencer Alexia Clark is on the mend after being rushed into emergency surgery earlier this week.

On Tuesday, the workout instructor revealed on Instagram that had started the new year with "the toughest most painful challenge" after part of her "intestines got twisted."

Clark, 30, explained that she "started feeling discomfort in my abdomen" on the night of Jan. 2, and by midnight she was "throwing up and having horrible horrible pain," which she assumed was due to food poisoning.

"I have never had food poisoning before so I didn’t realize that the pain in my side was not normal," she explained.

The instructor went on to say that by the following morning the pain became "unbearable."

"I literally thought I was dying, and that is no exaggeration," she said. "I was sweating through my clothes. I couldn’t lift my feet to put my shoes on. I ended up in the Emergency Room drenched in sweat and unable to stand up."

After numerous tests, Clark said doctors discovered that part of her intestine was twisted and she would need emergency surgery.

Fortunately, Clark said on Tuesday that she is now "recovering from surgery" and is already "feeling better than I felt a day and a half ago."

However, due to COVID-19 precautions, the influencer noted she is feeling "lonely" as she is "in the hospital all by myself" and not allowed any visitors. "It’s kind of scary not knowing what's going on, being rushed into emergency surgery, and then waking up from surgery with none of my family with me," she said.

Clark gave her followers a health update on Wednesday, sharing that she was already back on her feet.

"The doctors want me to start short walks and it felt so good to be back on my feet again," she wrote alongside a photo of herself using a walker in the hospital. "It was tough and it feels like I’m back to square one again, but as you all know making progress is never easy. It’s going to be a tough journey back to where I once was, but I just feel so lucky to have all of you along with me."

Clark also showed viewers a video of the scar on her stomach, which she said will "definitely be a defining feature for the rest of my life."

"The first time I saw this I thought – wow – this will be with me for the rest of my life. I definitely didn't realize how big it would be," she admitted.

Still, the influencer is finding a silver lining amid her health scare. "You know what they say 'scar tissue is stronger than regular tissue,' " she wrote. "We will all heal from the battles we go through and we will become stronger inside and out."