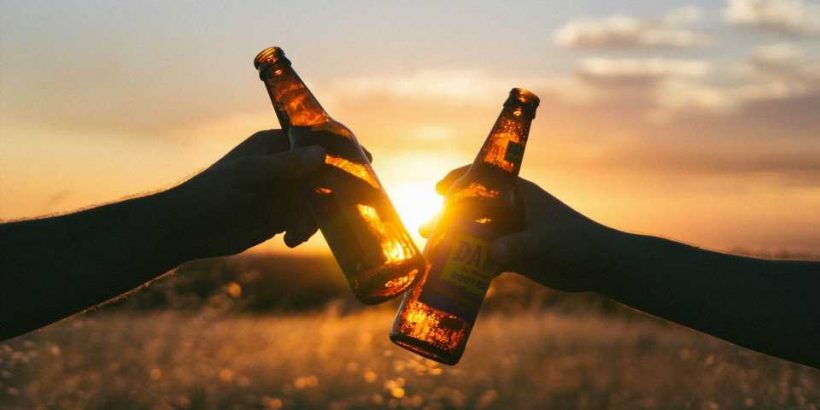 Female college students appear to be more affected by high alcohol use than men, which may lead to less interest in academics, according to new research including by faculty at Binghamton University, State University of New York.

Lina Begdache, assistant professor of health and wellness studies at Binghamton University, and fellow researchers sought to compare neurobehaviors and academic effort among college students with low alcohol use with those of high alcohol consumption, and build conceptual models that represent the integration of the different variables.

They sent an anonymous survey to assess college students’ alcohol use and frequency along with questions on sleep, academic performance and attitude toward learning. They compared gender responses and found that both young men and women exhibit common behavioral responses to high alcohol use such as abuse of other substances and risk-taking. These behaviors are regulated by the limbic system of the brain. However, the cognitive functions for high alcohol use among young men and women were different.

“Cognitive aptitudes of young women appear to be more affected than for men with high alcohol use,” said Begdache. “Young women reported generally less interest in academic work and performance than young men. The latter reported more risky behaviors, such as being arrested, from excessive drinking. We also found that young women are more likely to depend on alcohol to improve mental well-being, which is also concerning, as they may self-medicate through drinking.”

Because the gender brain is morphologically different, the long-term impact of excessive drinking may be different. In both genders, the researchers reported an increase in impulsive behaviors, which are under the control of the limbic system (the oldest part of the brain, evolutionary speaking). However, cognitive functions and decision making are controlled by the prefrontal cortex (the newest part of the brain, evolutionary speaking), which completes its maturity by the mid to late 20s. Therefore, seeing differential behaviors could imply that excessive alcohol use has differential effects on prefrontal cortex function/brain maturity, which may have an impact on mental health as well.

“These findings are also explained by the fact that women tend to have higher connectivity between cortices, while men have a large cortical volume in the areas on the limbic system that support impulsivity,” said Begdache. “Thus, the differential behaviors noted with increasing alcohol levels are potentially related to the gender-based differences in the brain. We did find that men and women who don’t drink or drink minimally exhibit responsible behaviors and academic effort, which are reflective of a normal trajectory of brain maturity.”

Academic performance and risky behaviors among college students may be linked to their drinking habits, so more education and awareness should be shared with college students, said Begdache.

Going forward, Begdache would like to assess the interrelation of nutrition, alcohol and mental health.