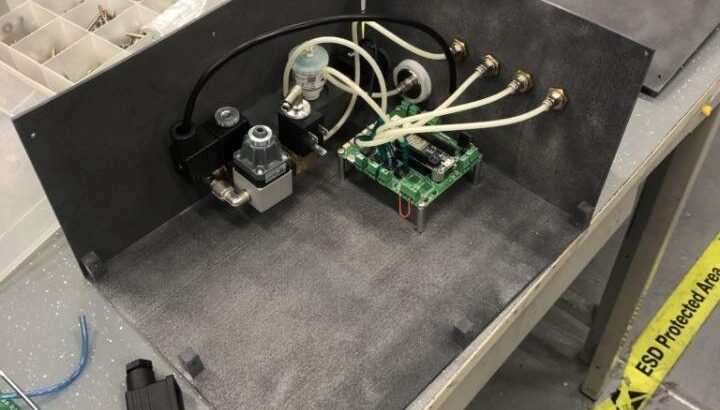 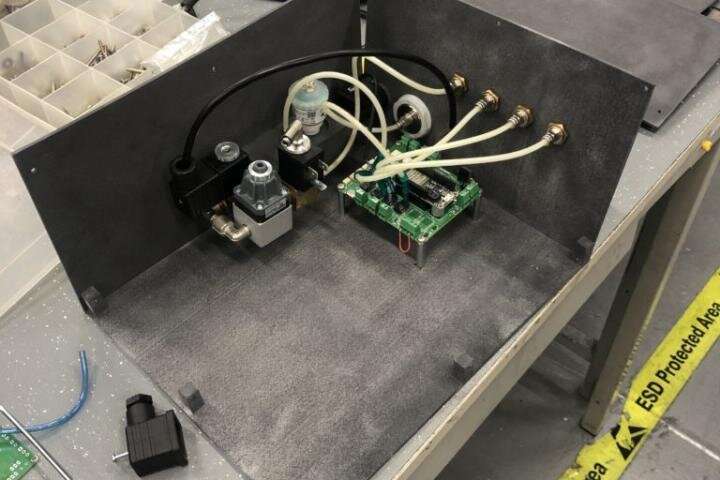 The U.S. Food and Drug Administration has announced that the Mechanical Ventilator Milano (MVM) is safe for use in the United States under the FDA’s Emergency Use Authorization, which helps support public health during the current COVID-19 pandemic.

An international team of physicists and engineers including physicist Andrea Pocar at the University of Massachusetts Amherst brought a simplified ventilator from concept to approval in just six weeks, from March 19 to May 1. It was conceived by physicist Cristian Galbiati of Princeton University and the Gran Sasso Science Institute (L’Aquila, Italy) who was in Italy when the pandemic hit that country.

Galbiati, Pocar’s long-time friend and fellow researcher on the DarkSide-20k project recalls, “The sense of crisis was palpable. It was clear that many patients would need respiratory assistance.”

Pocar notes that particle physicists “build our own stuff, one-of-a-kind instruments, and we have experience in developing unique electronics and software for our experiments.”

Soon engineers and physicists in nine countries, particularly in Italy, the United States and Canada, jumped in to help. Steve Brice, the head of the U.S. Department of Energy’s Fermilab Neutrino Division, says, “There’s a huge benefit we’ve gained from the way particle physics collaborations work. The structure already in place has large, international, multidisciplinary groups. We can re-task that structure to work on something different, and you can move much more quickly.”

The MVM is inspired by the Manley ventilator built in the 1960s, the scientists point out. Its design is simple, cheap, compact and requires only compressed oxygen or medical air and a source of electrical power. The team updated the electronics and control system. Stephen Pordes, a member of DarkSide stationed at the European Organization for Nuclear Research (CERN), says, “We’re concentrating on the software and letting the hardware be as minimal as it can be.”

The team also worked with doctors, medical device manufacturers and regulators to make sure they were making something valuable and easy for medical staff to use, with a robust supply chain, and which could be quickly produced. Doctors tested the MVM prototypes on breathing simulators. Anesthesiologists from COVID-19 wards in a hard-hit region in Italy also offered detailed guidance on the design, the MVM team reports.

Galbiati says that as particle physicists, “It’s in our DNA to collaborate across borders and in real time. As borders went up and supply chains became more difficult, it remained a beacon of hope to me to be able to collaborate internationally.” Arthur McDonald, the 2015 Nobel laureate in physics and head of Canada’s MVM group, adds, “Everyone has been working hard on this because they see it as a way that they can use their skills to help out in this worldwide crisis.”

Pocar points out that “MVM demonstrates that international cooperation that advances intellectual and technological innovation is possible not only in the academic arena, but also in areas where basic research impacts society and political decisions.”