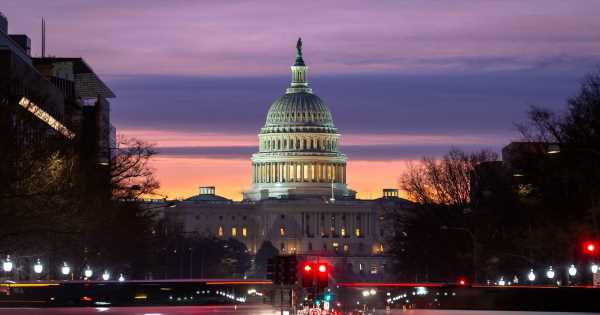 When President Joe Biden announced his intention to launch a national website to facilitate COVID-19 vaccinations by May 1, many in the health IT industry had flashbacks.

Some probably had recent memories of the Trump administration’s haphazard coronavirus response – not least its move to a new data reporting system, whose two-day turnaround in the summer of 2020 led to “chaos” for many U.S. hospitals.

Others might have thought back to the 2013 launch of the Healthcare.gov insurance exchange portal, which initially crashed repeatedly thanks to complex coding and crushing public demand.

“We know that when the government tries to create IT systems, they’ve been plagued with bugs,” said Dr. Ezekiel Emanuel, former health advisor to President Barack Obama, who also served on President Biden’s COVID-19 advisory board.

In a wide-ranging interview with Healthcare IT News, Emanuel characterized the government’s IT response to the coronavirus – and to public health as a whole – as in need of improvement.

“I think there are a bunch of IT needs,” he said. “We don’t need patchwork solutions, we need structural solutions.”

Emanuel pointed to the reliance on analog tools amidst the COVID-19 vaccine rollout as the latest evidence that changes are necessary. When he got his vaccine, for instance, “I got a [paper] card. Really? A card?”

Emanuel noted – correctly, as recent news has shown – that such cards can be easily fabricated.

“If every place in the country had the same system, we would know exactly how many people got vaccines, which vaccines they got – and we’d be ready for a vaccine passport platform.”

Or take the vaccine side effect reporting system, which requires individuals to proactively register.

“The fact that it’s so haphazard and requires my initiative,” he said, represents a natural hurdle to participation.

“We need a more proactive, comprehensive assessment, not a passive” approach, he added. “That’s something you need an IT build for, but it’s not rocket science.”

The potential for improvement

Emanuel noted the potential to harness the power of tech for an effective public health response. At his local vaccination site, for example, he said he was “very impressed” by the infrastructure.

“Checking me in, then making sure via iPad that I didn’t have any risk factors, then coming around and scheduling me electronically for a follow-on appointment – it’s not high-tech, but it worked smoothly. There were a limited number of hiccups.”

Similar experiences could be had at scale, he said. “If every place in the country had the same system, we would know exactly how many people got vaccines, which vaccines they got – and we’d be ready for a vaccine passport platform.”

“Having 27 different platforms develop – having lots of people trying to create a platform – is not a recipe for success,” he said.

With some exceptions, he feels many individual tech companies have been slow to respond to COVID-19 or put significant resources toward a vaccine rollout.

“I think the tech community has been mostly AWOL,” he said. “They are positioned to actually help. You’ve got to be disappointed. I’d love for someone to point me toward something they’ve actually done to move the needle.”

Returning to the issue of a government-run national website for vaccines, Emanuel said, “I don’t know if we’ve had a successful IT development process, and that suggests to me that we’ve been contracting the wrong way.

In other words, it’s challenging for companies to correct mistakes as they arise because of the way contracts are implemented. With IT, he said, “it’s not like contracting for a hammer or a toilet seat. We need a different model.

“The idea of specifying what you need and then letting them go off and develop it is wrong,” said Emanuel. “We know that when you launch something, it’s going to require hundreds of fixes. We need that for these kinds of approaches: the financial incentive to keep it updated, keep it cutting-edge.”

“Why does Amazon keep improving? They have a big financial incentive to make it easier for you to part with your money,” he added, with a laugh:

Regarding government contracting, he said, “We need companies with an equal financial incentive to keep our tech updated,” he said.

Given these factors, the COVID-19 crisis can act as a clarifying moment for stakeholders.

“Are we going to use COVID to create structural changes in the system? Or are we going to patchwork our way through it?” said Emanuel.