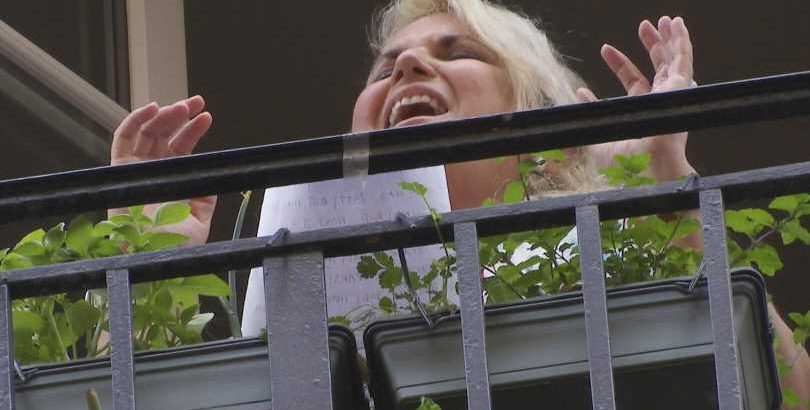 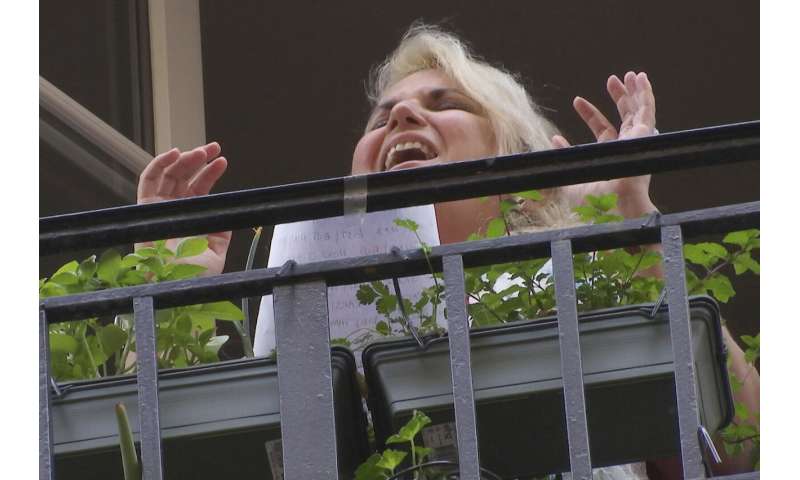 An angelic voice singing “Hallelujah” echoes off the stately stone and brick canyons of a narrow Montmartre street.

Still struggling with COVID-19 complications two months after falling ill, Parisian soprano Veronica Antonelli wanted the impromptu performance from her third-floor balcony to project hope. Hours earlier, her doctor had delivered troubling news: The lung scarring that sometimes makes her too tired to sing may last for months. Or maybe years.

“It makes things a bit complicated, given my profession,” Antonelli said sadly.

The virus that has sickened over 4 million people around the world and killed more than 280,000 others is so new that patients face considerable uncertainty about what they can expect in recovery and beyond.

“The short answer is that we’re still learning,” said Dr. Jay Varkey, an infectious disease specialist at Emory University in Atlanta. “What we know has been gathered mostly by anecdotal reports from COVID-19 survivors.”

In support groups created on social media sites, survivors post head-to-toe complaints that read like a medical encyclopedia: anxiety, heart palpitations, muscle aches, bluish toes. It’s hard to know which ones are clearly related to the virus, but the accounts help fuel doctors’ increasing belief that COVID-19 is not just a respiratory disease. 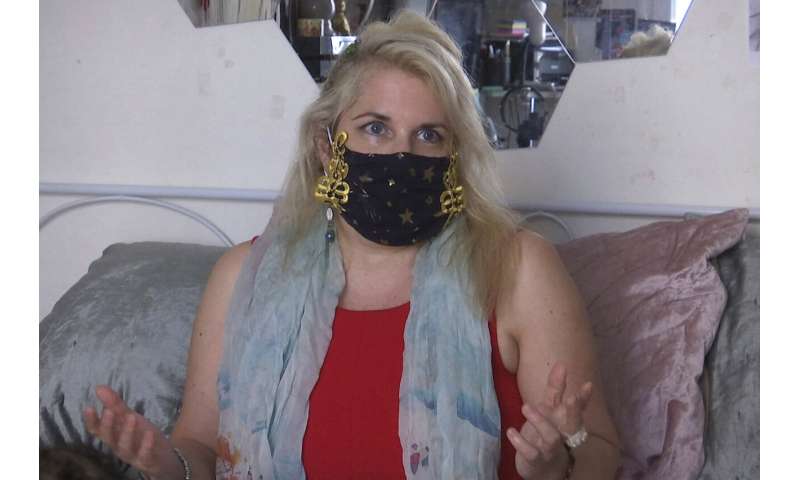 Persistent exhaustion is a common theme, but every survivor’s story is different, said Brandy Swayze, a coronavirus sufferer who created a Facebook survivors group after developing pneumonia. She was hospitalized in late March and early April. Her fatigue comes and goes. Insomnia is another concern.

“We’re just people who have more questions than anybody else about this thing because we’re going through it,” said Swayze, 43, of Cabin John, Maryland.

On top of her lung damage and fatigue, Antonelli has issues with her memory and a diminished sense of taste and smell—a common early symptom that lingers for many, which doctors say stems from the virus attacking nerves.

Two-thirds of patients in a study in Italy had a loss of smell and taste. Some reports suggest these problems last only a few weeks, but it’s been almost two months for Antonelli. She said that when she asked a voice specialist when she would be able to smell again, his answer was “‘We know nothing. We just have to be patient. We have no solution.'” 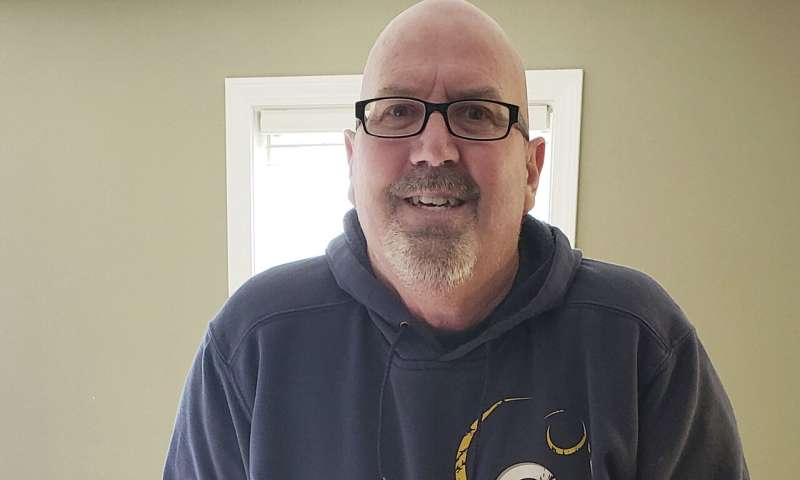 Antonelli, 45, needs her stamina back to resume her offbeat career—singing opera a capella at outdoor monuments and historic sites, a profession she chose because she likes how natural environments shape her voice.

Stuck at home, she sings at her balcony when she can to bring happiness and thank health workers, grocers and others for their service during the pandemic. Some days, though, she’s simply too tired to leave her bed.

In Wuhan, China, where COVID-19 emerged in December, physicians first considered it a type of pneumonia. But they came to realize “this virus is so smart. It just attacked everywhere in the body,” Dr. Xin Zheng of Wuhan Union Hospital said in a livestreamed webinar this month.

Lungs, hearts, kidneys, even the brain can be affected. Some hospitalized patients develop blood clots, while others have elevated enzymes suggesting liver abnormalities. 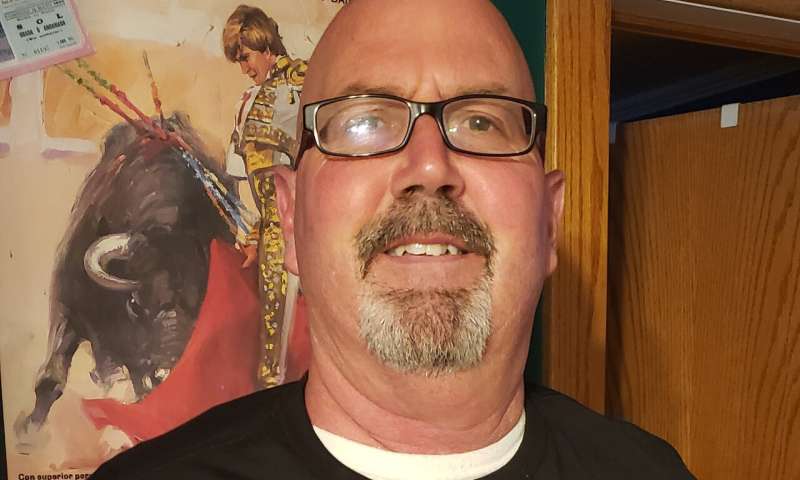 “That’s a very unique characteristic of it,” said Dr. Thomas McGinn of Northwell Health hospitals in New York. He co-authored the largest U.S. study of hospitalized COVID-19 patients, and a follow-up is planned to see how they’re faring in recovery.

Alex Melo, a retired marine from York, Maine, became critically ill with COVID-19 last month. He spent a few days on a ventilator for pneumonia, but also developed blood clots that threatened his heart and lungs. After two weeks in the hospital, he was sent home on blood thinners he must take for at least a few months.

The drugs make him prone to bleeding, and he worries how that will affect his work as a survival instructor for a Department of Defense contractor. But he’s not ready for that work anyway. After two weeks at home, his lungs are still recovering and he can’t run without getting winded.

“I need to take this slow,” Melo said. 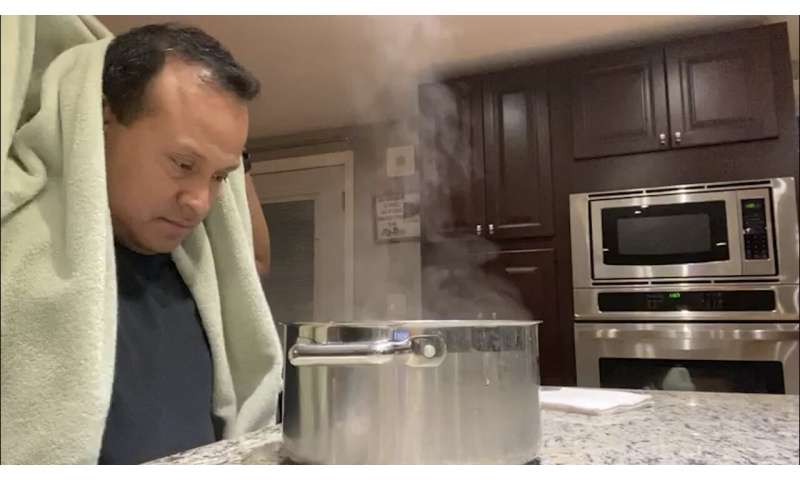 But recovery may take much longer for those with the most severe infections, including patients who spent time in intensive care on ventilators or dialysis.

Wuhan doctors have reported heart problems in a small portion of hospitalized patients, including inflammation of the heart muscle and irregular heartbeats, both of which can increase risks for heart failure, Varkey noted.

Many of the problems may be caused by the virus itself, a hyperactive immune response to the virus, the treatment involved or a combination of all three, he said.

Some survivors who had long stays in intensive care may require oxygen therapy or dialysis at home. Some may develop a condition called post-intensive care syndrome, which can include persistent muscle weakness, fatigue, attention and memory problems and anxiety. The condition has been seen in COVID-19 survivors who were put on ventilators, but it can happen after any critical illness and may be related to treatment, including sedation and prolonged bed rest. 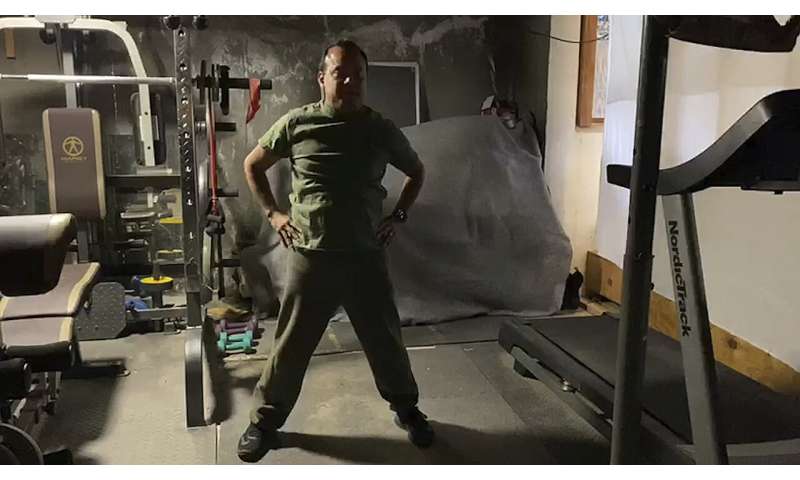 Dobbels spent 17 days in the hospital, eight of them on a ventilator. He returned to his home in Silvis on April 20 weighing 20 pounds less and pushing a metal walker. The next day, he went just to check things out at the lumber yard where he works and returned exhausted.

“It put me back in bed for three days. Too much, too soon,” he said.

At first, just brushing his teeth was an effort. After several sessions with a physical therapist, he’s regaining muscle and strength. And to exercise his damaged lungs, he blows into a special inhaler several times a day.

Dobbels says he feels great, despite lingering muscle pain and some weakness, and plans to return to work May 13. 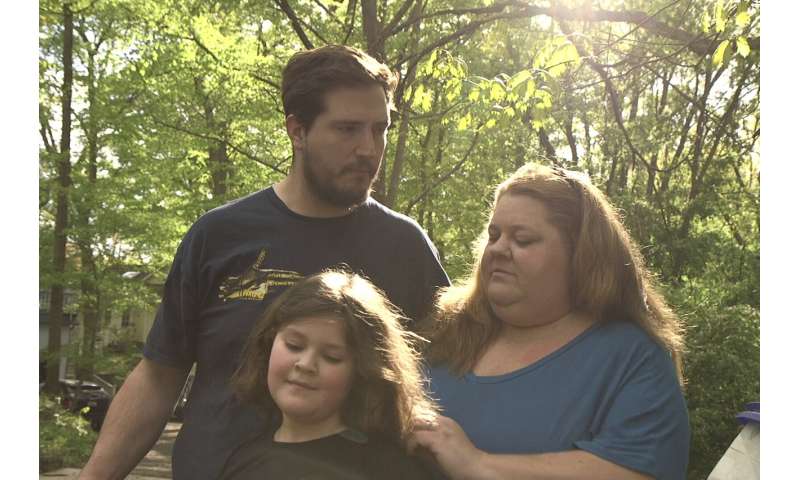 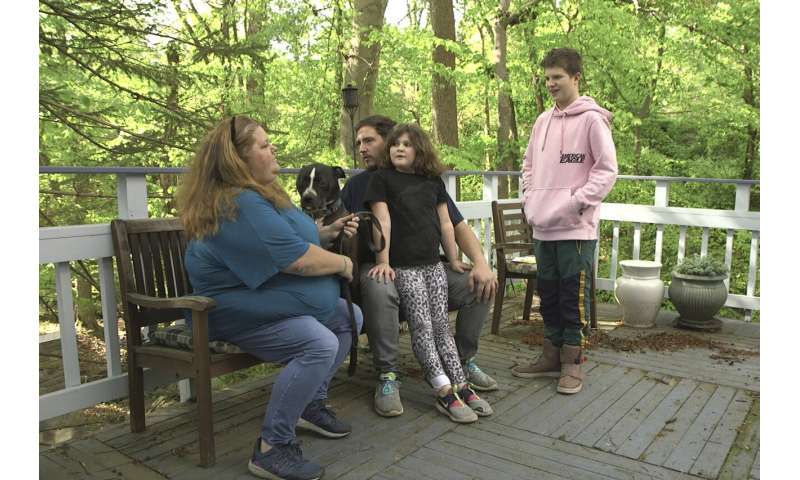 He also has lingering questions about why his case was so severe when his wife, Elizabeth, became infected but experienced only mild symptoms.