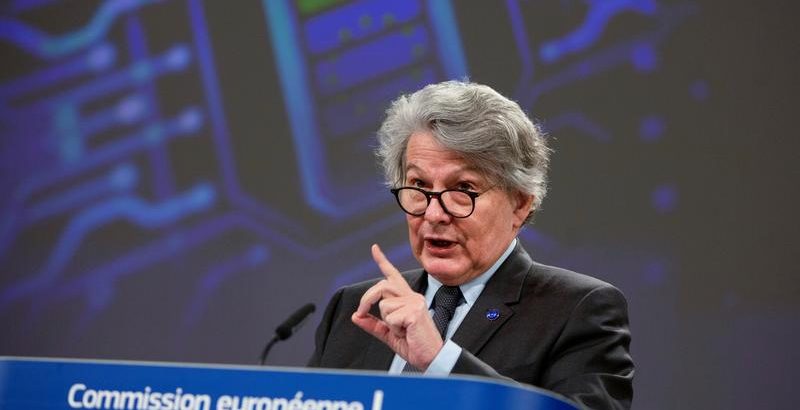 PARIS (Reuters) – The European Union will be able to stick to its vaccination targets this quarter despite AstraZeneca delivery delays as Pfizer is producing faster than planned, EU industry commissioner Thierry Breton said on Saturday.

AstraZeneca said on Friday it would try to deliver 30 million doses to the EU by the end of March, down from a contractual obligation of 90 million and a previous pledge made last month to deliver 40 million doses.

Breton told France’s Europe 1 radio that the delay was unacceptable, but that for now there were no plans to sue the company.

“The good news is that even though there are delays with AstraZeneca we won’t be late with our vaccination programme in the first quarter,” Breton said.

“Pfizer is producing more, much more than planned and is going to deliver more to us,” he added.

EU leaders have come under criticism for a slower rollout of vaccinations than in other countries such as Britain or the United States due to a longer approval and purchasing process and repeated delivery delays.

Breton said that AstraZeneca had issues with testing, which were a sign of logistics problems, and urged its board of directors to take action.

He also criticized its French-born chief executive Pascal Soriot for remaining in Australia despite the problems, which he said meant he was able to visit the companies’ plants when Soriot could not.

“I won’t say that I know their factories better than them, but I’m on site,” Breton said.