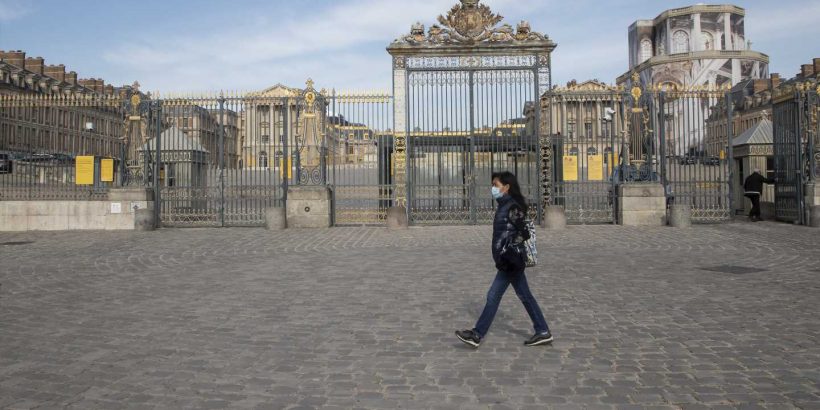 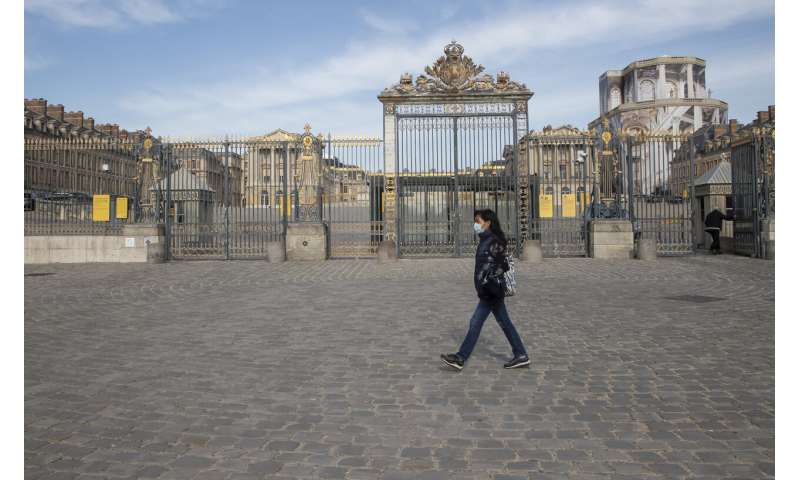 You may need a face mask to see the Mona Lisa. You will have your temperature taken at the Colosseum in Rome. And to see views of Paris from the Eiffel Tower might require taking the stairs.

After the cultural deprivation of the lockdown months during which their treasures were hidden away, many of Europe’s iconic museums and other tourist draws are preparing to reopen. Government officials hope this will breathe life back into coronavirus-battered economies, and lift the spirits of those who found staying at home to be an ordeal.

“Rarely will the French have felt such a need to rediscover the arts and heritage of our country as this summer,” France’s Culture Ministry declared Friday, in announcing the reopening of dozens of chateaux, museums and other sites starting from next week.

According to the ministry’s timetable, visitors will again be able to see how France’s kings lived at the Versailles Palace from June 6, fall in love all over again with the Impressionist painters at the Musée d’Orsay from June 23 and get selfies with the Mona Lisa at the Louvre from July 6.

All of the re-openings the ministry announced will be days or weeks after France lifts many of its remaining coronavirus lockdown restrictions next Tuesday. 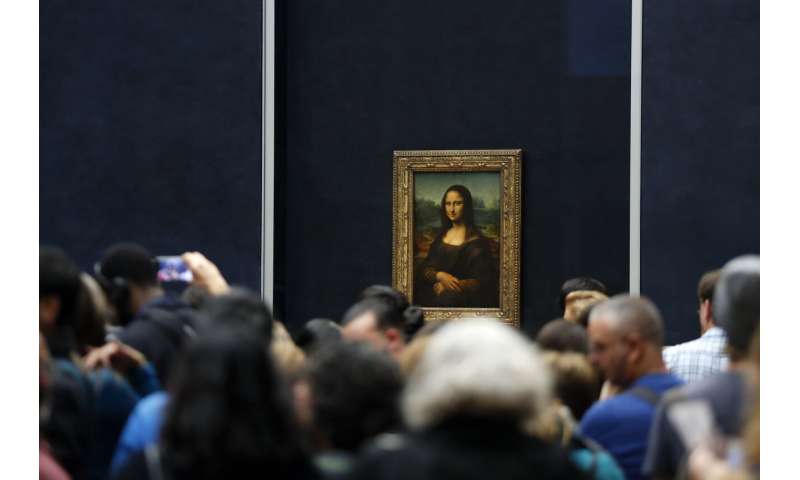 Major attractions first need to be made safe for staff and visitors. Some of Europe’s other major cultural sites are also taking their time to reopen.

In Rome, the Colosseum is due to reopen on June 1, more than two weeks after the May 18 reopening date approved by the government for Italy’s museums. Visitors must wear protective masks and have their temperatures taken, and entrance times will be staggered to limit crowds.

Also reopening next week are the Sistine Chapel, the Vatican Museums and pontifical summer villa outside Rome and, in Florence, the Uffizi Galleries that are home to Sandro Botticelli’s “Birth of Venus” and other masterpieces.

In Germany, the Berlin Wall Memorial museum will reopen next week. There, too, masks will have to be worn.

In Paris, the Eiffel Tower likely won’t be able to reopen before the second half of June, according to Stephane Dieu, a labor representative for the monument’s staff. He said they still need to fine tune with the tower’s management how to protect employees and visitors and to maintain social distancing. 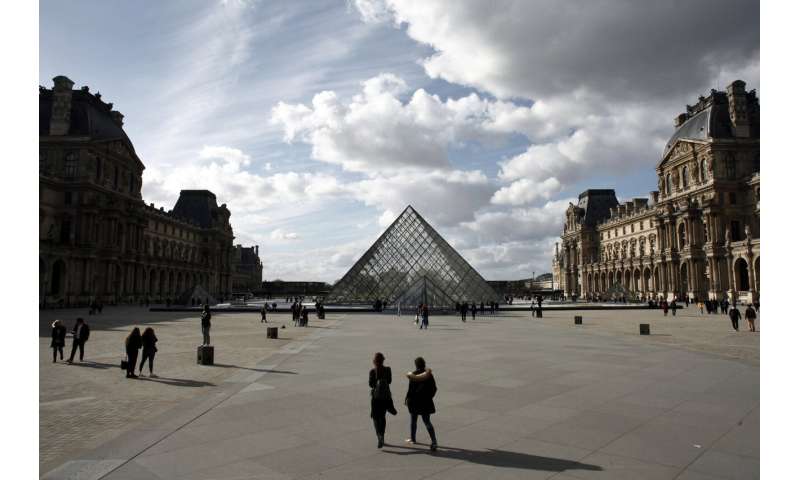 “For the moment, it’s not possible with all of the best will in the world,” Dieu said.

When the tower does reopen, sightseers seeking breathtaking views of Paris may be in for a stair workout: the elevators that usually whisk visitors to the three different levels will likely remain closed, Dieu said.

The tower’s operators confirmed that they plan to reopen this summer but said the date is not fixed.

At the Louvre Museum, there will be strict public hygiene rules and visiting “will not at all be as it was before. That’s impossible,” said Andre Sacristin, a labor representative who has been involved in the planning discussions for reopening.

He said he expects everyone, staff members and visitors, will have to wear face masks.

About 20%-30% of the museum’s rooms might be closed but “of course the Mona Lisa will be open,” Sacristin said. 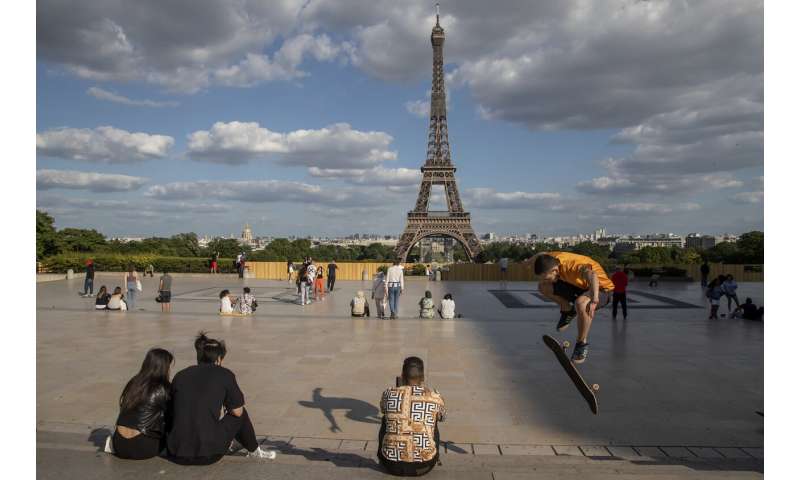 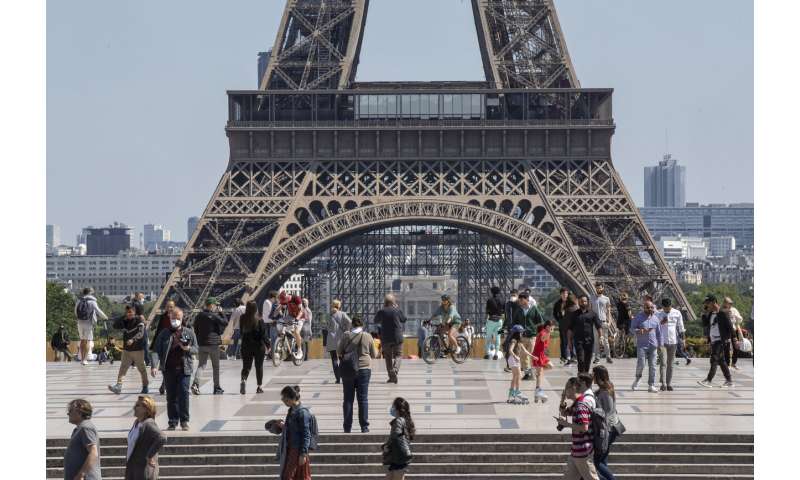 Details will be ironed out in further meetings between management and staff.

In Madrid, the Prado, Reina Sofía and Thyssen museums – the so-called “triangle of the arts”- are scheduled to jointly reopen on June 6, two weeks after they were officially allowed to welcome visitors again.

Initially, some of their exhibition space will remain closed and visitor numbers will be limited to 30% of their size before the pandemic.

While smaller Spanish museums were quick to reopen this month, major ones said they needed more time to prepare protective gear for staff, temperature checks for visitors and crowd-control measures.

The Prado, the crown jewel of Spanish museums, housing works by Francisco de Goya, Diego de Velázquez and other masters, has been shut since March 11, its longest closure in eight decades, since the 1936-1939 Civil War.