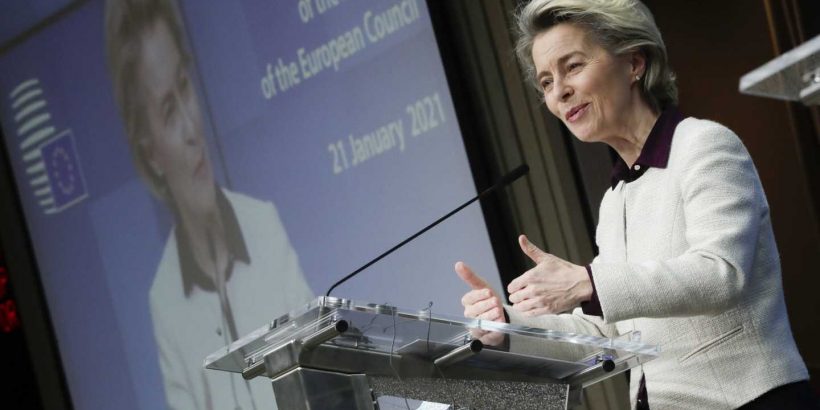 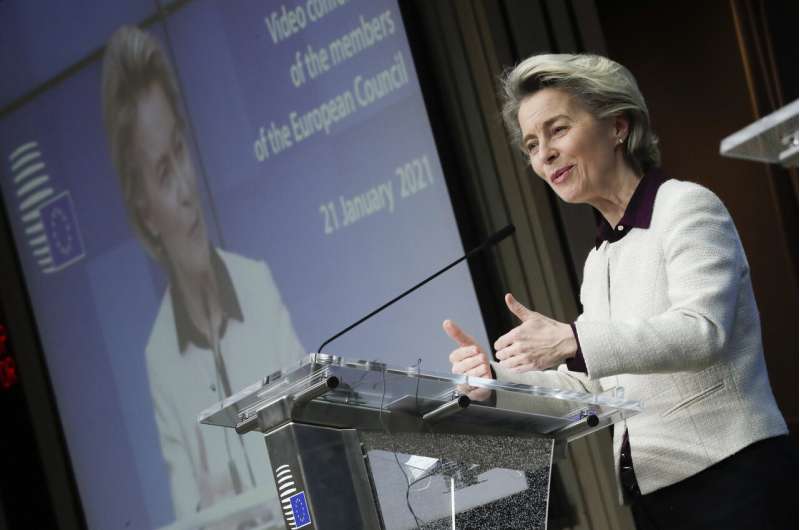 Pharmaceutical company AstraZeneca has agreed to supply 9 million additional doses of its coronavirus vaccine to the European Union during the first quarter, the bloc’s executive arm said Sunday.

The new target of 40 million doses by the end of March is still only half what the British-Swedish company had originally aimed for before it announced a shortfall due to production problems, triggering a spat between AstraZeneca and the EU last week.

“Step forward on vaccines,” tweeted Von der Leyen, who has come under intense pressure over the European Commission’s handling of the vaccine orders in recent days.

The EU is far behind Britain and the United States in getting its population of 450 million vaccinated against the virus. The slow rollout has been blamed on a range of national problems as well as slower authorization of the vaccines and an initial shortage of supply.

AstraZeneca’s announcement last week that it would initially supply only 31 million doses to the EU’s 27 member states due to production problems set off a fierce dispute between the two sides, with officials in Brussels saying they feared the company was treating the bloc unfairly compared to other customers, such as the United Kingdom.

On Friday, hours after regulators authorized the vaccine for use across the EU, the commission said it was tightening rules on exports of coronavirus vaccines, sparking an angry response from Britain. The commission has since made clear the new measure will not limit vaccine shipments produced in the 27-nation bloc to Northern Ireland, a U.K. territory that was guaranteed unhindered cross-border access to the Republic of Ireland under the post-Brexit deal between Britain and the EU.

Since then the mood among many EU citizens toward Brussels has soured, as countries outside the bloc speed ahead in the race to vaccinate their populations. 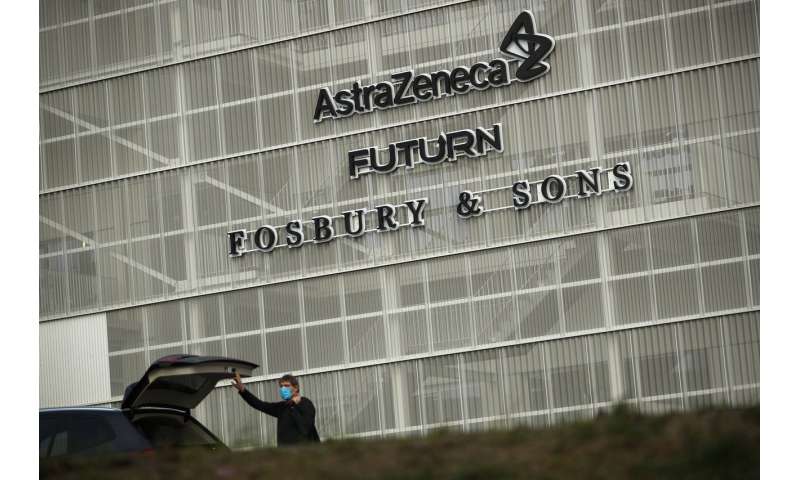 The British government hasn’t been shy about promoting its relative vaccine success, which has helped distract from the fact that the country remains top of the table for deaths in Europe.

Official figures show 598,389 shots were administered across the U.K. on Saturday, more than six times the number that Germany managed Friday, the last day for which figures were available.

Germany has so far given at least one dose to 2.2% of its population. Britain has done the same for 13.2% of its citizens.

In response, Chancellor Angela Merkel has summoned state governors Monday to discuss what German media are describing as a “vaccination debacle. “

Von der Leyen, who was Germany’s defense minister before taking the post in Brussels, insisted the EU had “made good progress.”

Pfizer, which developed the first widely tested and approved coronavirus vaccine together with German firm BioNTech, has said it expects to increase global production this year from 1.3 million doses to 2 billion doses. BioNTech said Monday that up to 75 million of those additional doses will be delivered to the EU in the second quarter.

In a statement, the European Commission said it plans to set up an specialized body to improve the bloc’s response to health emergency and “deliver a more structured approach to pandemic preparedness.”

As part of the effort, together with industry, the EU said it will “fund design and development of vaccines and scale up manufacturing in the short and medium term, and also to target the variants of COVID-19.”