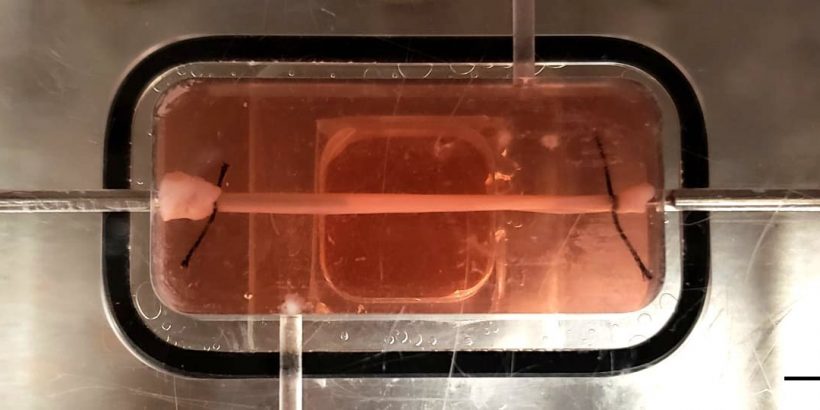 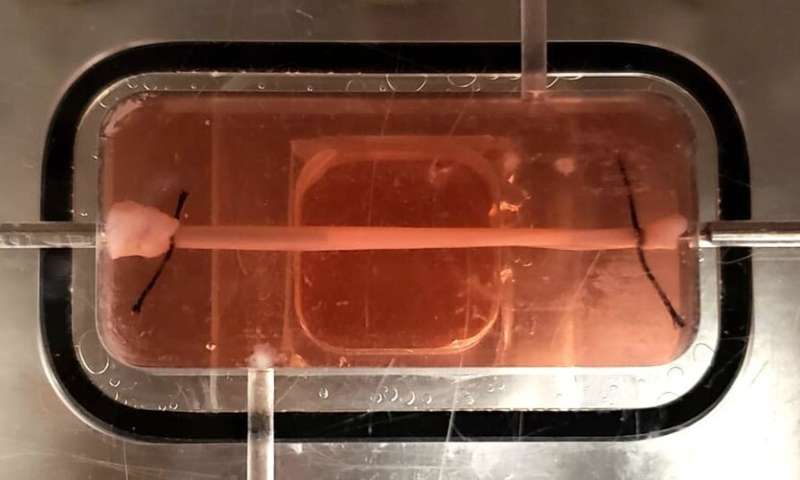 Biomedical engineers at Duke University have developed the most advanced disease model for blood vessels to date and used it to discover a unique role of the endothelium in Hutchinson-Gilford Progeria Syndrome. Called progeria for short, the devastating and extremely rare genetic disease causes symptoms resembling accelerated aging in children.

The model is the first to grow both the smooth muscle and inner lining, or endothelium, layers of blood vessels from stem cells derived from the patients’ own skin. Combined with an advanced experimental setup that pushes culture media that models blood through the engineered blood vessels, the model reveals that the endothelium responds differently to flow and shear stress with progeria than it does when healthy.

The study shows that a diseased endothelium alone is enough to produce symptoms of progeria, and also demonstrates a new way of studying blood vessels in dynamic 3-D models to better understand and test treatments for serious diseases.

The results appear online on February 6 in the journal Stem Cell Reports.

“The endothelium expresses the toxic protein that causes the symptoms of progeria, but it does so at much lower levels than the outer layer of blood vessels made of smooth muscle,” said Nadia Abutaleb, a biomedical engineering Ph.D. student at Duke and co-first author of the paper. “Because of this, the entire field has been focused on smooth muscle, and the few that have looked at the endothelium have mostly looked at it in a static 2-D culture. But we’ve discovered that it’s necessary to work dynamically in three dimensions to see the full effects of the disease.”

Progeria is a non-hereditary genetic disease caused by a random single-point mutation in the genome. It is so rare and so deadly that there are only about 250 people known to be currently living with the disease worldwide.

Progeria is triggered by a defect in a protein called progerin that leads it to accumulate outside of a cell’s nucleus rather than becoming part of the nuclear structural support system. This causes the nucleus to take on an abnormal shape and inhibits its ability to divide. The resulting symptoms look much like accelerated aging, and affected patients usually die of heart disease brought on by weakened blood vessels before the age of 15. 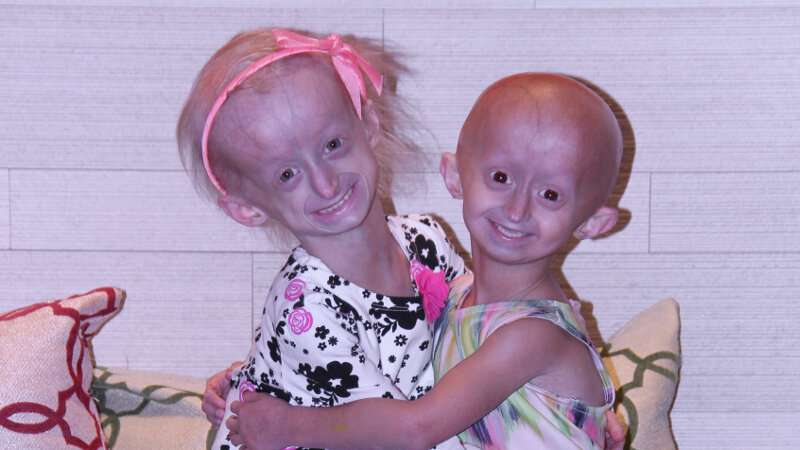 “Progeria isn’t considered hereditary, because nobody lives long enough to pass it on,” said George Truskey, the R. Eugene and Susie E. Goodson Professor of Biomedical Engineering at Duke. “Because the disease is so rare, it’s difficult to get enough patients for clinical trials. We’re hoping our platform will provide an alternative way to test the numerous compounds under consideration.”

Blood vessels are difficult to simulate because their walls have multiple layers of cells, including the endothelium and the media. The endothelium is the innermost lining of all blood vessels that interacts with circulating blood. The media is made mostly of smooth muscle cells that help control the flow and pressure of the blood.

In 2017, the Truskey laboratory engineered the first 3-D platform for testing blood vessels grown from skin cells taken from progeria patients. The blood vessels exhibited many of the symptoms seen in people with the disease and responded similarly to pharmaceuticals.

By successfully growing endothelial cells derived from progeria patients, the researchers were able to create a more complete model of the disease. They also tested the endothelium’s unique contribution to the disease’s symptoms by mixing impaired endothelium with healthy smooth muscle.

They found that a diseased endothelium alone was enough to produce many of the symptoms of progeria, but that these results only appeared when the cells were tested under dynamic conditions.

“One of the major findings is that the progeria endothelium responds to flow and shear stresses differently than healthy endothelium,” said Abutaleb.