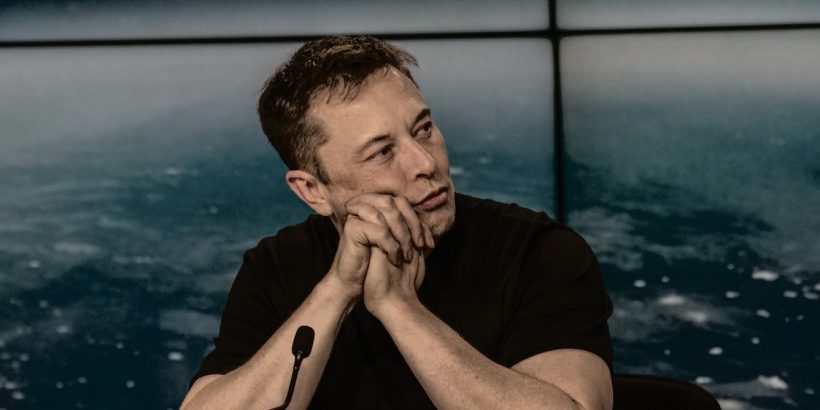 As autism researchers, we think it is important to raise awareness of and improve attitudes towards autism. There is now a growing appreciation of “neurodiversity” in society, especially in the science and technology sector. There has also been discussion of how people, such as environmental campaigner Greta Thunberg, can be great activists due to their autistic traits (although there is no statistical link between autism and environmentalism).

It is surprising, then, that there has been so little discussion of Musk’s autism. Not only would this be useful for understanding Musk, who is now an influential but increasingly criticized figure, but it might also go a long way to highlighting autism-related strengths and difficulties.

It is important to remember that he is neither representative of the autistic population nor the general one. But, if we believe that individual experiences matter, Musk’s story is a chance to learn about him, autism and neurodiversity. Given his defining position in society, it is worth trying to understand Musk rather than leaving public discourse to sour further.

Musk has shared stories of his social struggles as a child. He reports being bullied and “almost beaten to death” for being different. In a documentary, Musk’s mother talks about him as a “young genius”, but also a shy and awkward child without friends. Together, Musk has what psychologists call a “developmental history” of autistic characteristics and adverse experiences of not being accepted in childhood.

Abuse directed at Musk for being autistic has continued into adulthood, with a Twitter executive referring to him as “literally special needs” and “a looney tune”. Only a few people called this out. This is sadly reflective of the bullying that autistic people face in the workplace and more generally.

Such hostility is thought to partly explain why autistic people face the highest rates of unemployment of all disabled groups. Musk is in a much more powerful position to defend himself than most others. But it is possible that the bullying he’s experienced throughout his life speaks to why he can be defensive and combative on Twitter.

It is also worth remembering that, although Musk appears emotionally robust, there is often more going on beneath the surface for autistic and neurodivergent people. Our research shows that autistic people use psychologically exhausting coping strategies, such as “masking” or hiding their authentic self, which can worsen mental health. This is why autism is considered an “invisible disability”.

Autism is also sometimes linked to a literal way of thinking. This was epitomized by Musk physically carrying a bathroom sink into Twitter HQ, which he has recently taken ownership of, as a play on the common phrase “let that sink in”.

It was, of course, a publicity stunt, but he might also have been making a comical point from the fact that many idioms don’t literally make sense. The non-literal use of words like this doesn’t necessarily come naturally to autistic people.

While some people understand and appreciate this unconventional style of humor, many are likely to think it is strange or inappropriate. This has probably contributed to the polarized opinions about Musk, which might partly reflect differences in humor between autistic and non-autistic people, as revealed by research.

Appearing on the US hit show Saturday Night Live, Musk himself commented on how his autistic communication style can be unusual and humorous: “I don’t always have a lot of intonation or variation in how I speak … which I’m told makes for great comedy.”

An unusual way of speaking has indeed been linked to autism in research. For example, autistic people may have different acoustic features of their speech, such as pitch, which can make them appear blunt or rude. That is how Musk might be coming across in public situations, following his acquisition of social media giant Twitter.

Musk’s achievements are also likely to reflect autistic strengths in science and tech that are worth celebrating. In an interview last year, he talked about how he “found it rewarding to spend all night programming computers … just by myself”.

This dedication to specific interests, instead of socially conventional activities such as playing with friends as children, might explain why some autistic people have extraordinary talents and can sometimes outperform non-autistic people on certain tasks. Research on this is sparse but growing.

One of the world’s most famous people being autistic will invariably raise awareness of autism. This is what researchers, charities and the autism community have been trying to do for decades. If remembering that Musk is autistic can advance this endeavor, it may be worthwhile.

Provided by
The Conversation

This article is republished from The Conversation under a Creative Commons license. Read the original article.