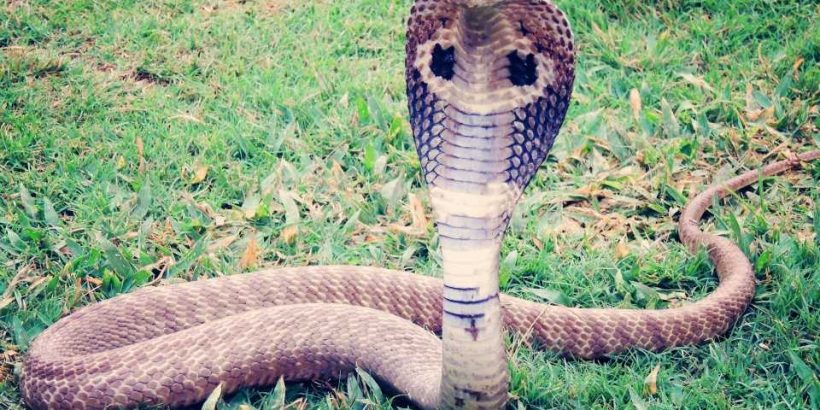 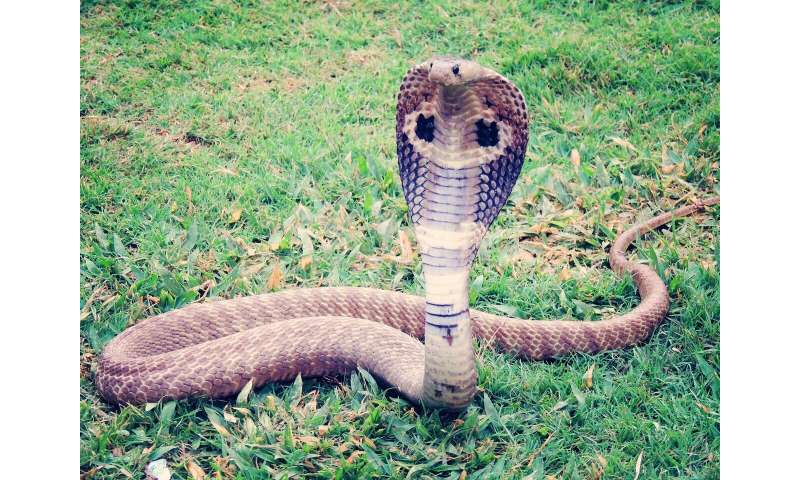 A Griffith University pharmacologist has played a key role in the world-first discovery of an eight-molecule snake venom toxin with the potential to become a diagnostic tool or new drug for neurological and neurodegenerative conditions such as Alzheimer’s, schizophrenia and neuropathic pain.

The novel neurotoxin, named fulditoxin, was discovered from the potentially fatal venom of the Eastern coral snake Micrurus fulvius fulvius, which is found in North and South America.

Professor Nirthanan’s latest research, which has been published in the British Journal of Pharmacology, expands on their team’s previous work a decade ago into King Cobra venom and its potential for drug discovery and advancing knowledge of disease mechanisms.

The structure of the King Cobra toxin, haditoxin, consisted of two identical molecules connected like a “conjoint twin,” that produced its unique pharmacological actions.

Professor Nirthanan said it was the first report of a snake venom neurotoxin able to combine to form an eight-unit complex.

“We believe that snakes appear to assemble their toxin molecules together to form complexes, in order to expand their selectivity and potency for protein targets in their prey as well as defense against their predators,” Professor Nirthanan said.

“This is a unique strategy employed by the snake to maximise the scope and effectiveness of the toxins in its venom.”

Snakes can change the composition of toxins in their venom, depending on the environment, the season or even their diet; and neurotransmitter receptors that regulate communication between nerve cells or between nerves and muscles are a common target.

“Given fulditoxin’s ability to specifically target human protein receptors that are clinically significant in neurological and neurodegenerative conditions such as Alzheimer’s and Parkinson’s diseases, schizophrenia, drug and substance addiction, and neuropathic pain, we postulate that it has potential to be useful as a therapeutic lead or diagnostic tool or molecular probe to aid in these conditions,” Professor Nirthanan said.

Compounds derived from natural sources such as animal venoms have played a significant role in drug discovery during the past century, with Professor Nirthanan citing the serendipitous discovery of a widely prescribed blood pressure medication, captopril, from a Brazilian viper venom which induced a drastic drop in blood pressure in its victims.

Professor Nirthanan said the next step for fulditoxin to become a potential drug candidate or diagnostic tool for neurological and neurodegenerative conditions would be further research to refine the specific parts of the molecule responsible for its pharmacological actions, to test its potential applications.