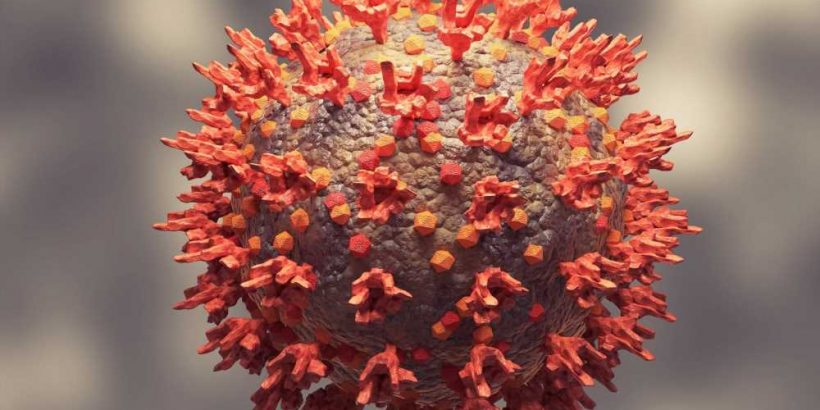 The ongoing coronavirus disease 2019 (COVID-19) pandemic, caused by the severe acute respiratory syndrome coronavirus 2 (SARS-CoV-2), has claimed more than 6.5 million lives worldwide. Due to genomic mutations, several SARS-CoV-2 variants have emerged, categorized as variants of concern (VOC) and variants of interest (VOI). The B.1.1.529 (Omicron) variant, along with its subvariants (BA.4 and BA.5), have become the dominantly circulating strain worldwide.

Despite COVID-19 vaccination, a large number of breakthrough infections has been reported where both vaccinated and SARS-CoV-2 convalescent individuals were re-infected. The breakthrough infections have increased substantially as Omicron-related variants can evade immune protection induced by vaccines and natural infection. Hence, there is an urgent need for effective therapeutic options to combat infection caused by Omicron and other emerging variants.

Recently, targeted immunotherapy has proved to be a potential tool against viral diseases. The main advantage of this therapy is its dual effect involving virus neutralization and clearance of infected cells by immune effector cells.

Monoclonal antibodies (mAbs) are used for treating children with the respiratory syncytial virus. Additionally, animal models have exhibited efficacy in neutralizing mAbs against many viral infections, such as HIV-1, Lassa, Ebola, and SARS. During the COVID-19 pandemic, several immunotherapeutic reagents, such as Etesevimab, Bamlanivimab, and Sotrovimab, based on mAbs were formulated. However, reduced efficacy of mAb was reported against the Omicron variant.

Immunoadhesins are antibody-like molecules and are a class of immunotherapeutic agents. These immune molecules are composed of an engineered binding domain fused to an Fc portion on an antibody. Since zoonotic viruses tend to bind to animal-derived ortholog cellular receptors at a higher affinity compared to a human cell-surface receptor, immunoadhesins could be used as a superior anti-viral agent. Previous studies have indicated the efficacy of Arenacept, a potent immunoadhesin targeting Arenaviridae family viruses.

A recent iScience journal study demonstrated the efficacy of a newly engineered angiotensin-converting enzyme 2 (ACE2) based immunoadhesin against Omicron and other SARS-CoV-2 VOCs.

The construction of a potent ACE2-based immunoadhesin that remained effective against the original SARS-CoV-2 strain and VOCs was demonstrated in this study. The long helical segment of ACE2 at the N-terminus formed the most potential receptor binding domain (RBD) recognition site. Based on multiple sequence alignments of over 200 ACE2 sequences, scientists detected several regions comprising the SARS-CoV-2 recognition site, which are not conserved.

A total of 68 orthologous ACE2 genes were selected in this study. Rosetta atomistic modeling was used to estimate the stability, shape complementarity, and binding energy of the RBD. A variant comprising a unique set of eight mutations, i.e., T27L, D30E, Q42R, E75R, L79Y, N330F, T92R, and E375L, was constructed. Incorporating these mutations, scientists designed a new anti-SARS-CoV-2 immunotherapeutic reagent (ACE2mod -Fc) and analyzed its efficacy against the original SARS-CoV-2 strain as well as VOCs.

The above-described design was tested against two chimeric proteins composed of amino acids 19-615 of the human-ACE2 ectodomain fused to the Fc portion of human IgG1 with or without the selected mutations. ACE2-Fc and the newly designed ACE2mod -Fc were readily expressed in HEK293F cells, which were purified in protein-A affinity chromatography.

Enzymatic activity of ACE2-Fc and ACE2mod-Fc were assessed. These two immunoadhesins were immobilized on a plasmon resonance sensor chip and their binding affinities were determined using purified SARS-CoV-2 RBD.

One of the limitations of this study was that the assessment of the newly developed ACE2-based immunoadhesin was solely based on in vitro experiments. Previous in vivo experiments have demonstrated the possibility of insufficient efficacy of immunoadhesin that could surface due to various unexpected factors. Hence, more research is required to validate the clinical effectiveness of the newly developed immunoadhesin. Nevertheless, the efficacy of ACE2-based immunoadhesin, against SARS-CoV-2 as well as VOCs, such as Alpha, Beta, Gamma, Delta, and Omicron was revealed in the present study.