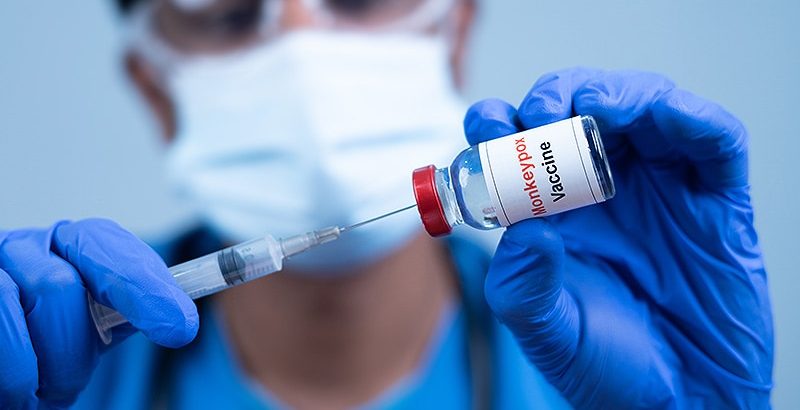 Unvaccinated people were 14 times more likely to get infected with the monkeypox virus compared with those who had one dose of the monkeypox vaccine, according to data released this week by the Centers for Disease Control and Prevention (CDC).

These findings, compiled from monkeypox case data in 32 states from July 31– September 3, are the first real-world data showing how well the vaccine protects against monkeypox during this outbreak, said Stuart Isaacs, MD, a pox virologist at the University of Pennsylvania in Philadelphia. “It’s certainly encouraging news,” he told Medscape Medical News. He was not involved with the analysis.

As of Tuesday, nearly 804,000 doses of the monkeypox vaccine had been administered in the United States. Since the outbreak began in May, there have been more than 25,500 confirmed monkeypox cases in the country, and one death.

JYNNEOS, a vaccine for protection against smallpox and monkeypox, was approved by the US Food and Drug Administration in 2019, using evidence that the vaccine produced the same immune response as an older smallpox vaccine, ACAM2000. JYNNEOS was also shown to protect against diseases related to smallpox in nonhuman primate models. While these findings suggest that the vaccine would prevent infection in humans, there had been a dearth of clinical evidence.

“These new data provide us with a level of cautious optimism that the vaccine is working as intended,” noted CDC Director Rochelle Walensky, MD, MPH, in a press briefing on Wednesday.

There are limitations to the data, noted Isaacs and the CDC. The analysis could not control for differences in mitigating behaviors, such as reduced sexual contact, underlying health conditions, and age in vaccinated vs unvaccinated individuals. These factors could also have contributed to risk of infection, Isaacs said.

There was also no information provided about the mode of administration, through either subcutaneous or intradermal injection. On August 9, the FDA issued emergency-use authorization for intradermal dosing of the vaccine, which requires a smaller dose of the vaccine within the layers of the skin. A previous study suggested that both intradermal and subcutaneous dosing of the vaccine elicited comparable immune responses, but it’s not clear if this immune response will translate to protection against infection. Walensky noted the CDC is currently working on those analyses, but “we’re going to need a little bit more time and a bit more numbers.”

Lastly, the analysis did not look at whether individuals who are fully vaccinated against monkeypox — having received two doses of the vaccine — had even higher levels of protection than those with just one dose or unvaccinated people. This could enhance protection against the disease or extend protection over a longer term, Isaacs noted.

Walensky noted that while these early findings do suggest one dose of the vaccine offers some initial protection, “we know from laboratory studies that immune protection is highest 2 weeks after the second dose of vaccine,” she said in the press call. “It is for that reason that we continue, even in light of these promising data, to strongly recommend people receive two doses of JYNNEOS vaccine, spaced out 28 days apart, to ensure durable, lasting immune protection against monkeypox.”