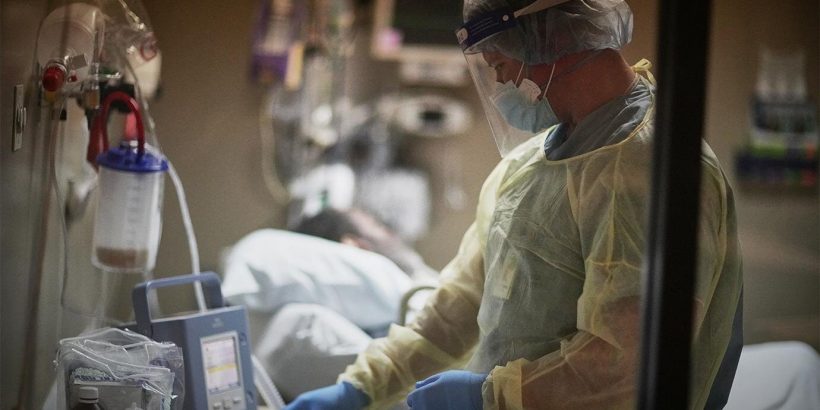 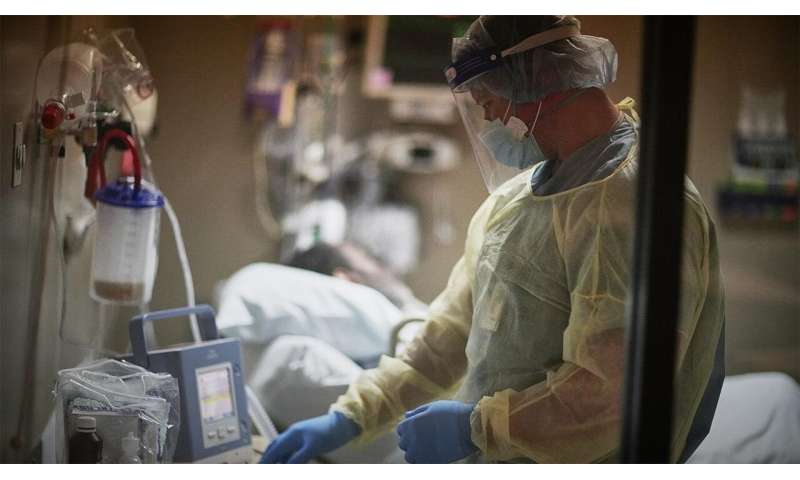 To meet demand for mechanical ventilators during the coronavirus pandemic, the United States federal government has leaned on private industry to dramatically increase supply. But ramping up production of complex medical equipment in facilities configured for other products will take time that many COVID-19 patients don’t have.

New research from Prof. Dan Adelman of the University of Chicago Booth School of Business suggests there may be another way to make up a portion of any shortfall in ventilator availability: Share them between states.

Because COVID-19 cases peak at different times in different states, Adelman argues that policymakers and health officials have an opportunity to maximize the usefulness of each machine by making sure it’s in the right place at the right time.

“Unless some other source or treatment alternative to ventilators miraculously becomes available,” he writes, “the only solution appears to be for the federal government to execute a massive logistical operation to move ventilators around the country in real-time as they are needed.”

An expert in operations management who leads Chicago Booth’s Healthcare Analytics Laboratory, Adelman developed a model that generates a plan for how states could do this—a proof of concept that he says could potentially save lives in this pandemic, but also be applied to a future one.

To project demand for ventilators, Adelman used April 2 predictions generated by the University of Washington’s Institute for Health Metrics and Evaluation (IHME), which include state-by-state estimates of when—and how high—peak intensive-care occupancy will be. Existing research indicates the current U.S. supply of ventilators is around 70,000, including 9,000 which are part of the Strategic National Stockpile.

Using these estimates, Adelman modeled a number of scenarios involving high, low, and average levels of demand—as well as the potential results of various policy choices. Deploying none of the ventilators in the national stockpile, for instance, would result in almost 27,000 deaths due to lack of available ventilators, if demand is as expected.

The likeliest policy scenario, in which the federal government distributes the ventilators in the stockpile once but does not reallocate them over time as needs change, saves about 9,000 lives under the same demand conditions.

If the federal government were to coordinate the sharing of ventilators among states—even if it circulated just the strategic-stockpile ventilators—it could potentially save about 5,000 additional lives under average demand conditions, and far more if ventilator demand is on the high end of the projections.

In the scenario with the highest demand, coordinated sharing of all ventilators—those in the stockpile and those owned by hospitals—between states would save about 14,000 more lives than a one-time distribution of the stockpile ventilators. In the lowest-demand scenario, fewer than 1,000 deaths would be attributable to ventilator shortage if all ventilators were shared.

Getting states to give up ventilators could be difficult, Adelman says, as few officials want to risk losing access to essential equipment before the local need for it has abated. He built into his model the condition that no state would part with ventilators until after its COVID-19 cases have peaked, and therefore its need for ventilators has begun to decline.

However, Adelman also acknowledges that some experts have questioned the accuracy of the IHME projections. Any discrepancy between those predictions and the actual course of the pandemic would change the number of patients who might benefit from ventilator sharing. But because the federal government already incorporates the IHME projections into its analyses, Adelman says, it should therefore also adopt this model to minimize lives lost. The analysis also relies on important assumptions about mortality and duration of ventilatory support.

The actions of policymakers and other officials thus far suggest such cooperative action is plausible. Oregon and California have both sent ventilators to other states. On April 14, President Donald Trump announced a program—developed with the American Hospital Association—to allow hospital systems to share ventilators with each other. However, that hospital-led program is voluntary, and relies on institutions to update a database of available equipment. At the time of its announcement, the program comprised just 4,000 of the roughly 62,000 hospital-owned ventilators in the U.S.

In addition, Adelman calculates that the national stockpile of 9,000 ventilators should be at least quadrupled for the COVID-19 pandemic. He also notes that coordinating the sharing of ventilators—particularly if it involves the country’s entire stock—is an enormous logistical feat. Under the worst-case demand scenario, it could involve more than 18,000 ventilator moves.