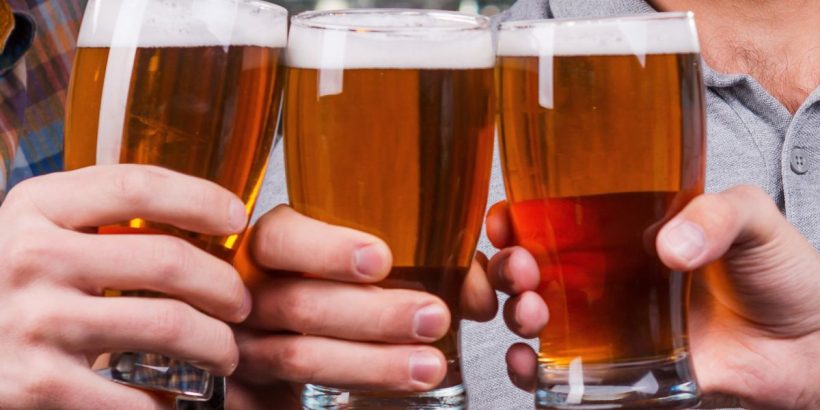 When it comes to alcohol, there are plenty of horror stories with experts warning of the major health damage drinking inflicts.

A difficult notion for most as alcohol consumption remains rife in the UK.

But there's good news for those who enjoy a drink every now and then, as research has found moderate drinkers could have a longer life expectancy and a reduction in certain age-related diseases than their teetotal or binge-drinking counterparts.

With this in mind, what exactly is moderate drinking – and what should you drink to help combat obesity and later-onset dementia?

Moderate drinkers live longer than either abstainers or alcohol abusers.

It would seem that by drinking moderate amounts of alcohol seems to help positively increase longevity, says experts.

Research has found that moderate drinking also reduces the risk from cardiovascular diseases by almost half.

With cardiovascular diseases being one of the biggest killers, it would seem that a tipple here and there can greatly help.

One study published in the National Library of Medicine looked at moderate alcohol intake and mortality among middle-aged men in China.

“Compared with lifelong non-drinkers, those who consumed one to 14 drinks a week had a 19% reduction in overall mortality after age, level of education, and cigarette smoking were adjusted for,” noted the study.

It added: “Although light to moderate drinking (28 or fewer drinks per week) was associated with a 36% reduction in death from ischaemic heart disease, it had no effect on death from stroke.”

The research also found that heavy drinking (29 or more drinks per week) was significantly associated with increased risks of death from cancer and stroke.

The study concluded that regular consumption of small amounts of alcohol is associated with lower overall mortality, including death from ischaemic heart disease in middle-aged Chinese men.

Beer lovers rejoice, as certain beers have been found to contain health-boosting probiotics that are said to help with obesity and dementia – and could increase longevity.

Gut bacteria experts from Amsterdam University identified Belgian beers such as Hoegaarden as being one of the best beer sources of the probiotic yeast.

Professor Eric Claassen, who headed up the study, said of the discovery: “You are getting a stronger beer that is very, very healthy."

He added: “We don’t want to give people a licence to drink more beer.

“In high concentrations alcohol is bad for the gut, but if you drink just one of these beers every day it would be very good for you.”

Unlike most beers, these brands are fermented twice – once in the brewery and again in the bottle.

The second fermentation increases the strength of the beer and creates a sharper, drier taste.