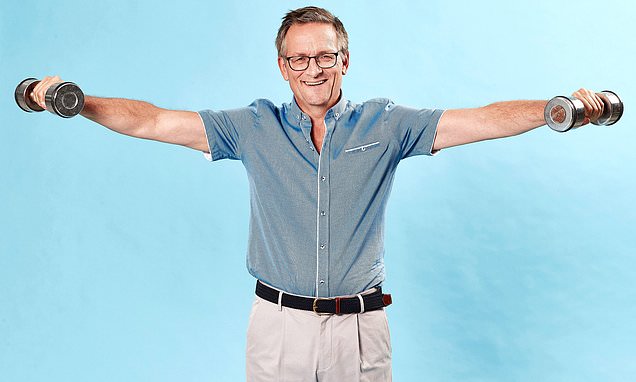 DR MICHAEL MOSLEY: Why exercise is as vital for the brain as it is for the body

The astronaut Neil Armstrong, who died aged 82, once said: ‘I believe that every human has a finite number of heartbeats. I don’t intend to waste any of mine running around doing exercise.’

That view seems to be widely held in Britain.

It was recently revealed that few of us manage to get close to achieving the NHS guidelines of doing at least 150 minutes of moderate aerobic activity a week, such as cycling or brisk walking.

Likewise, most people also seem to avoid the recommended 75 minutes of vigorous aerobic activity, such as running, every week. 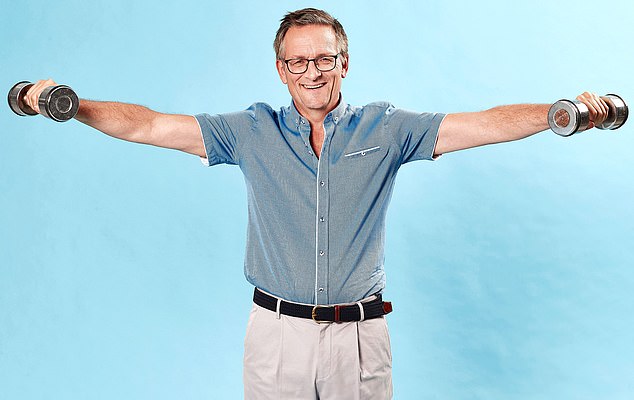 Staying strong: Health chiefs recommend 150 minutes of moderate exercise, such as lifting weights, every week – but many Britons fail to follow the advice. (Dr Michael Mosley, above)

Although people know that exercise is good for them, surveys suggest only about 20 per cent of the population really do it.

And the older we get, the less likely we are to hit those targets.

That’s a shame because there is so much evidence about the benefits of getting active – not just on the body but on the mind, too.

It’s never too late to get a bit fitter

In the Mail On Sunday’s Health section this week, we have been looking at dementia – an illness that, within the next five years, will affect one million Britons.

Like most people, I’m not keen on becoming one of them, so I was delighted to see a recent study that showed the positive impact that exercise has on the brain.

For this study, researchers from McMaster University in Canada recruited 64 sedentary but otherwise healthy adults, all of them over the age of 60, and asked them to take part in an exercise programme. 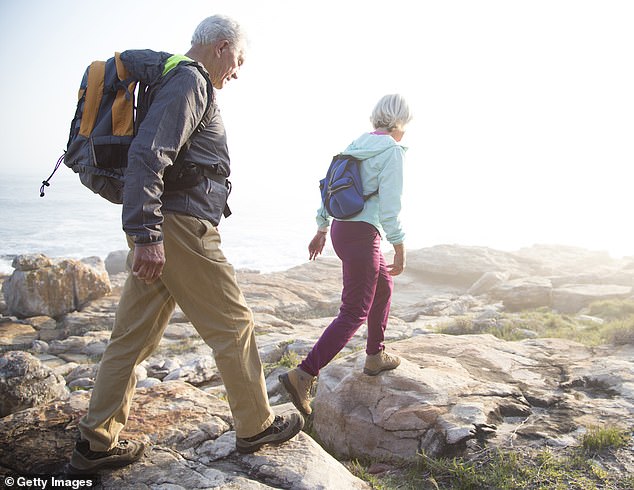 Although people know that exercise is good for them, surveys suggest only about 20% of the population really do it. And the older we get, the less likely we are to hit those targets. That’s a shame because there is so much evidence about the benefits of getting active – not just on the body but on the mind, too. (File image)

Before they started, the volunteers did a range of physical and memory tests. They were then randomly allocated a task – either something called high-intensity interval walking or more moderate walking.

Those doing the more intense version were asked to walk on a treadmill as fast as they could for four minutes – time enough to get their heart rate right up. Then they did three minutes of gentle walking and repeated these exercises four times.

Those doing the more moderate exercise were asked to walk normally for 50 minutes.

Both groups completed their exercises three times a week for 12 weeks. After the 12 weeks were over, they did the same fitness and cognitive tests.

Both groups got fitter, but only those doing the intense walking saw an improvement in the memory tests, which got better, on average, by 30 per cent.

It was also clear that the fitter they became, the bigger the impact on memory.

Jennifer Heisz, from the Department of Kinesiology at McMaster University, said: ‘It’s never too late to get the brain health benefits of being physically active, but if you are starting late and want to see results fast, our research suggests you may need to increase the intensity of your exercise.’

She added: ‘Exercise is a promising intervention for delaying the onset of dementia. However, guidelines for effective prevention do not exist. Our hope is this research will help form those guidelines.’

30-minute run can boost your mood

A new study published last week showed that doing regular exercise can really boost your mood and significantly cut your chances of getting depression – even if you are genetically predisposed to getting it.

Depression is common, it is on the rise, and it often runs in families, so this is great news.

Researchers from Massachusetts General Hospital in the US looked through the health records of nearly 8,000 people – all volunteers for something called the Partners Healthcare Biobank.

DO YOU HAVE A QUESTION FOR DR MOSLEY?

Email [email protected] or write to him at The Mail on Sunday, 2 Derry Street, London W8 5TT.

Dr Mosley can only answer in a general context and cannot give personal replies.

Some years ago when they first enrolled in the Biobank, they were genetically tested, and also filled in a survey about their lifestyle habits, which included their level of physical activity.

Researchers found that, over time, people who had a higher genetic risk of depression were indeed more likely to become depressed.

However, the people who were more physically active, whether they had the depression genes or not, were far less likely to develop the condition compared with those who were less active.

The researchers calculated that doing four hours of exercise each week (that is about 35 minutes a day) cuts your risk of becoming depressed by about 17 per cent. That is regardless of genetic status.

The researchers did not go into why they thought this might be happening. But I wonder if at least some of the volunteers were getting a ‘runner’s high’.

A couple of years ago, I did an experiment with Dr Saoirse O’Sullivan, from Nottingham University, where we looked at the impact of exercise on naturally occurring chemicals called endocannabinoids. 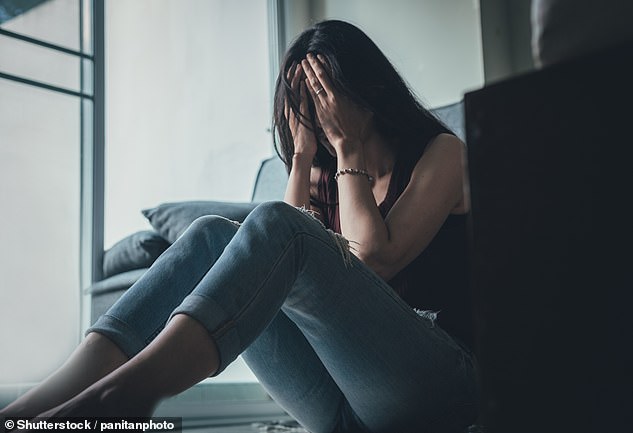 A new study published last week showed that doing regular exercise can really boost your mood and significantly cut your chances of getting depression – even if you are genetically predisposed to getting it. (File image)

Endocannabinoids are produced by your body and are known to have a major impact on sleep, appetite, pain, memory and mood.

To see what effect exercise would have on these chemicals, Dr O’Sullivan and her team measured the blood levels of endocannabinoids in volunteers before and after a 30-minute run in the park.

They found that the run did indeed boost their levels for several hours afterwards.

I was particularly struck by one of our participants, who said she suffered from severe depression, and found that one of the best ways to control it was by going on regular runs.

… and stick to something you enjoy 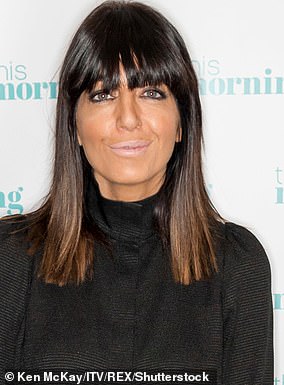 So what is the best exercise to maintain a healthy brain? The short answer is one that you enjoy and will stick to. You also need to find one that is not going to cause you injuries.

I quite like running, but twice this year I have managed to injure myself – both times when I decided to sprint.

If you are middle-aged and not that fit, you might be better off getting your aerobic exercise by walking, cycling or swimming. That said, I do think it is important to get your heart rate up.

Try 20-second bursts of high-intensity activity (think of it as achieving eight out of ten in terms of effort).

I also like sprinting up stairs, or using a static bike, where I know the risks of damaging myself are significantly less than when running.

My bicycle is my primary form of transport, which also counts.

When I tell people that I cycle in London, they often ask me: ‘But what about traffic and air pollution?’

The reality is that if you cycle along back streets, you are less likely to inhale dangerous microparticles than if you are in a car, taxi or bus.

Walking is also good, particularly if you do it briskly.

Strictly presenter Claudia Winkleman keeps in shape by ‘destination walking’ – she travels a few stops on the London Underground and then walks back home.