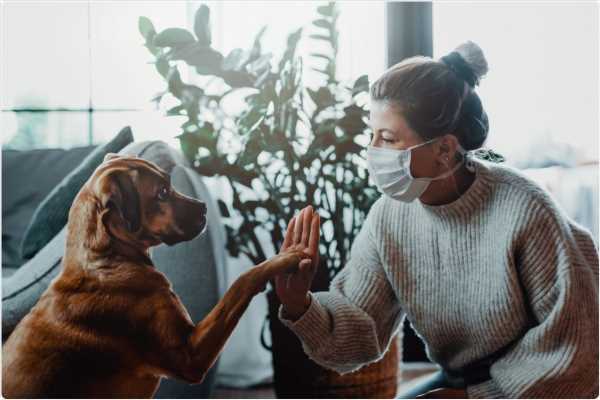 Researchers in Spain and Germany have conducted a study showing that domestic dogs are unlikely to contribute to the transmission and community spread of severe acute respiratory syndrome coronavirus 2 (SARS-CoV-2) – the agent that causes coronavirus disease 2019 (COVID-19).

Infection with SARS-CoV-2 has recently been reported among various different species, including domestic cats and dogs. In addition, veterinarians in Spain detected an increase in severe lung pathologies in domestic dogs during the spring months of the year 2020.

These developments led the researchers to investigate whether SARS-CoV-2 infection could be playing a role in canine lung pathologies. The team also investigated whether domestic dogs are susceptible to infection in the home environment and whether they can contribute to community spread of the virus. 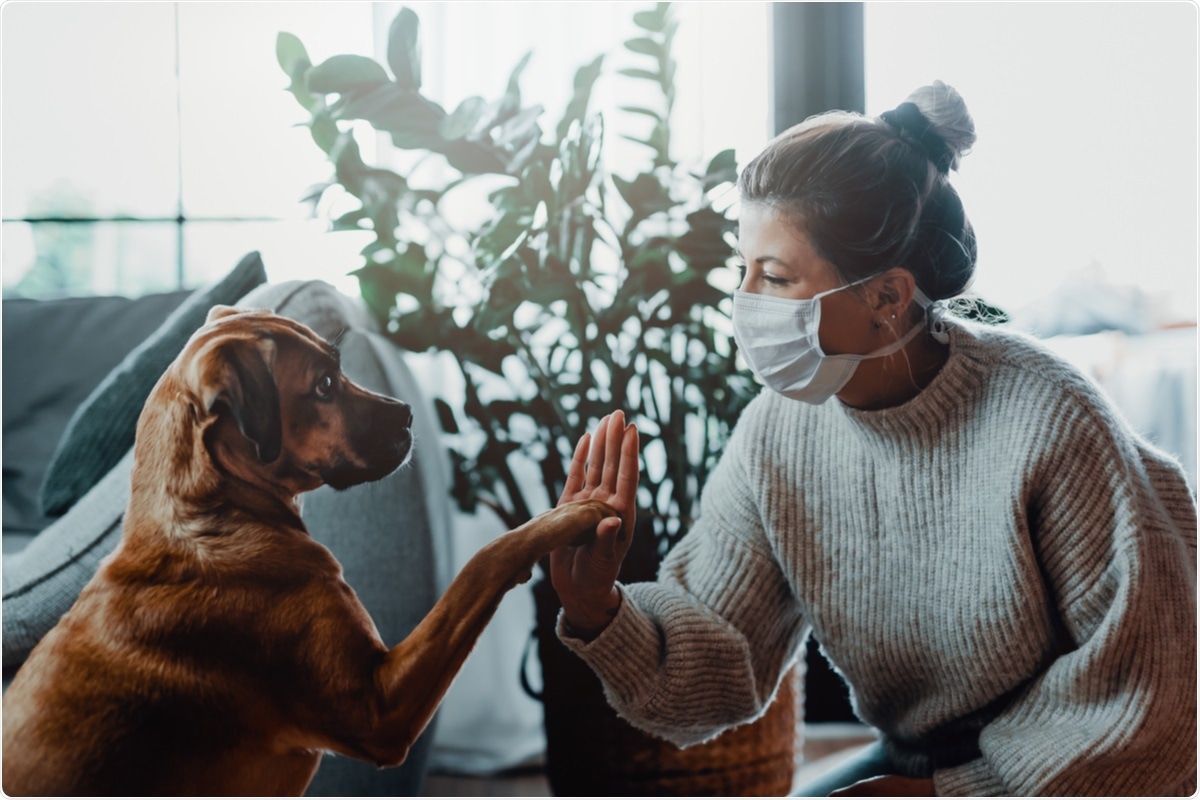 Study: Humoral responses to SARS-CoV-2 by healthy and sick dogs during the COVID-19 pandemic in Spain. Image Credit: MT-R / Shutterstock

The team checked for the presence of SARS-CoV-2 infection and anti-SARS-CoV-2 antibodies in 40 dogs with pulmonary pathologies and 20 healthy dogs from households where at least one member was infected.

However, one of the 40 unhealthy dogs and five of the 20 healthy dogs tested positive for anti-SARS-CoV-2 antibodies.

The team says the findings suggest that that, even in cases of canine infection with SARS-CoV-2, the virus would be poorly transmissible.

More about coronaviruses in animals and humans

The novel SARS-CoV-2 virus belongs to the betacoronavirus genus, one of the four genera (alpha-, beta-, gamma- and delta-) that make up the coronavirus family.

The alpha- and betacoronaviruses, which infect both animals and humans, have also been detected in dogs and cats.

Mostly, they are responsible for respiratory infections in humans and gastroenteritis in animals,” says the researchers.

However, canine respiratory coronavirus (CRCoV), which is also a betacoronavirus, can cause respiratory symptoms in dogs and sometimes occurs as a coinfection with other respiratory pathogens.

SARS-CoV-2 infections have been reported in various different species

Since the SARS-CoV-2 outbreak began in Wuhan, China, in late 2019, many infections have been described in cats, dogs, tigers, lions, minks and ferrets, all of which were reported to have had close contact with infected people.

The team says that no cases of zoonotic SARS-CoV-2 transmission from domestic animals to humans have yet been described.

In fact, some studies have reported cases of dogs belonging to infected owners testing negative for anti- SARS-CoV-2 antibodies, suggesting that domestic dogs might not even be carriers of the virus.

By contrast, other studies have reported cases of companion dogs testing positive for SARS-CoV-2 infection by RT-qPCR.

“Dogs are currently considered to be less susceptible hosts for SARS-CoV-2 than cats or minks, despite the fact that several positive RT-qPCR test results in dogs have been reported,” say the researchers.

“However, veterinarians in Spain have observed an increase in aggressive lung pathologies in dogs during the human COVID-19 pandemic that have not responded to conventional antibiotic treatments,” they add.

What did the researchers do?

To determine whether SARS-CoV-2 might play a role in these pathologies, the team conducted a prospective study of 40 dogs (aged a mean of 8 years) presenting with pulmonary pathologies between April and June 2020 in Spain.

Nasopharyngeal and rectal swabs taken from the animals were tested for the presence of SARS-CoV-2 by RT-qPCR, and several immunoassays were performed to test for anti-SARS-CoV-2 antibodies.

A further healthy 20 dogs from households where at least one person had been diagnosed with SARS-CoV-2 were also tested.

What did the study find?

All 40 dogs presenting with lung pathologies, and all 20 healthy dogs tested negative for SARS-CoV-2 infection by RT-qPCR.

Thirty-three of the unhealthy dogs underwent further testing for infectious canine pathogens, which revealed infection with the bacterium Mycoplasma spp. in 26 cases. 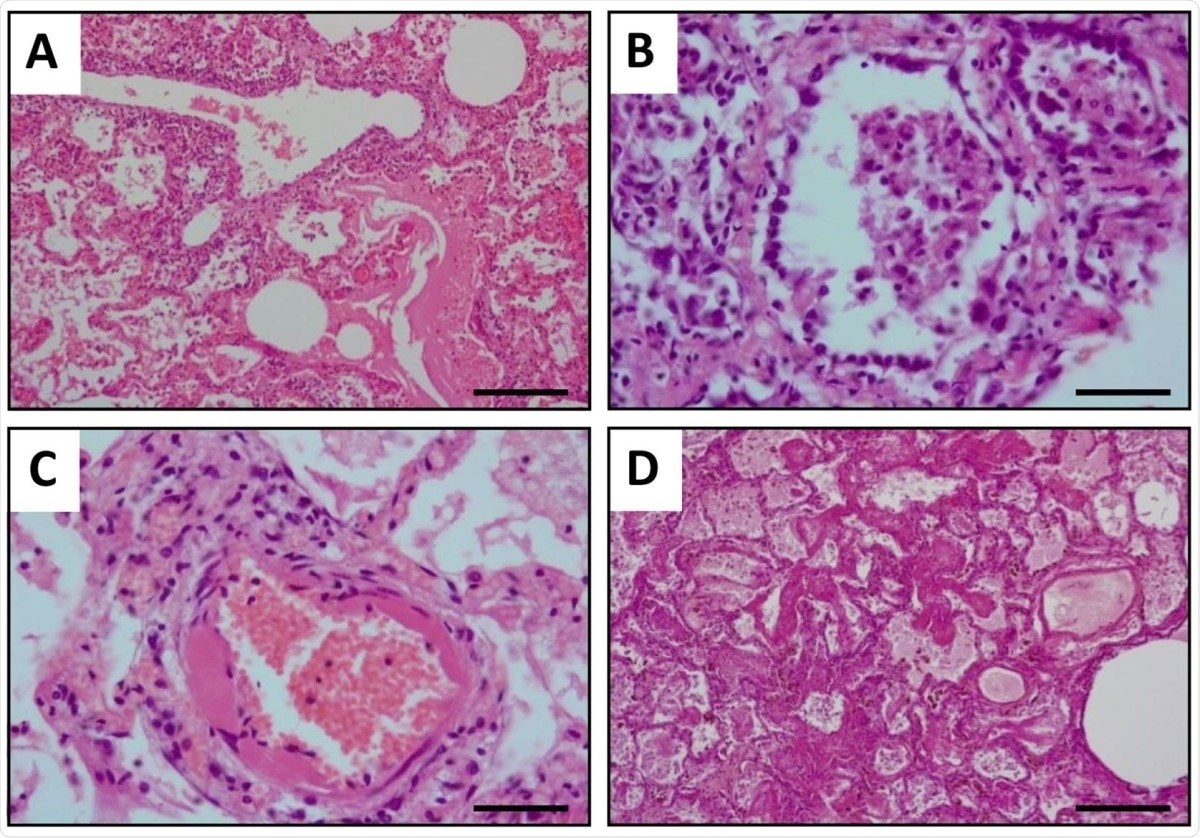 SARS-CoV-2-specific immunoglobulin G (IgG) antibodies were detected more frequently among the healthy dogs from SARS-CoV-2-positive households than among the dogs with lung pathologies (five dogs versus one dog), which the team says might indicate the susceptibility of these exposed dogs to infection.

However, all six of the SARS-CoV-2-specific IgG-positive animals still tested negative for infection by RT-qPCR, the team points out.

Here we report that despite detecting dogs with anti-SARSCoV-2 IgG, we never obtained a positive RT-qPCR for SARS-SoV-2, not even in dogs with severe pulmonary disease; suggesting that even in the case of canine infection, transmission would be unlikely,” writes the team.

“Moreover, dogs with owners positive for SARS-CoV-2 could have been more likely to be exposed to infection during outbreak,” they conclude.

Sally has a Bachelor's Degree in Biomedical Sciences (B.Sc.). She is a specialist in reviewing and summarising the latest findings across all areas of medicine covered in major, high-impact, world-leading international medical journals, international press conferences and bulletins from governmental agencies and regulatory bodies. At News-Medical, Sally generates daily news features, life science articles and interview coverage.