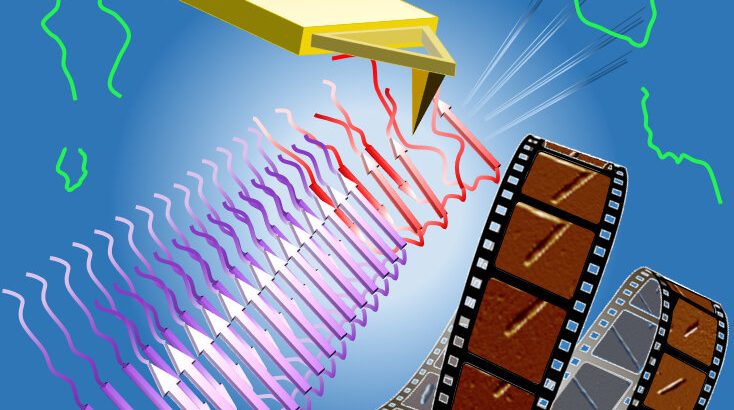 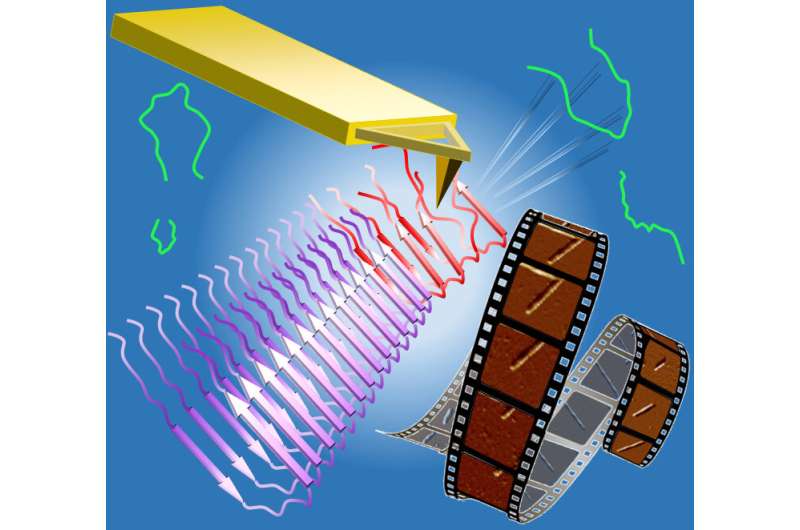 Progress on treating Alzheimer’s disease has been frustratingly slow. A group of scientists in Houston suggest frustration at a very small scale may lead to a new path toward treatment.

Researchers at the University of Houston (UH) and at Rice University, associated with the Rice-based Center for Theoretical Biological Physics (CTBP), found through experiments and computations that amyloid beta peptides, small molecules that are abundant in the brain, go through several intermediate stages of frustration as they “dock and lock” to the tips of growing fibrils.

When they do finally align, the growing fibrils form the gummy plaques implicated in Alzheimer’s and other neurological diseases. New research in the Proceedings of the National Academy of Sciences shows that drugs might be developed to take advantage of the peptides’ frustrated intermediate states to stabilize the fibril tips and block further aggregation.

UH chemical and biomolecular engineer Peter Vekilov, said it wasn’t a stretch to look at amyloid beta fibril growth in his lab. “Previous studies that observed fibrilizing proteins with an atomic force microscope focused on more exotic behaviors because amyloid beta fibrils with a steady rate of growth are kind of boring,” he said. 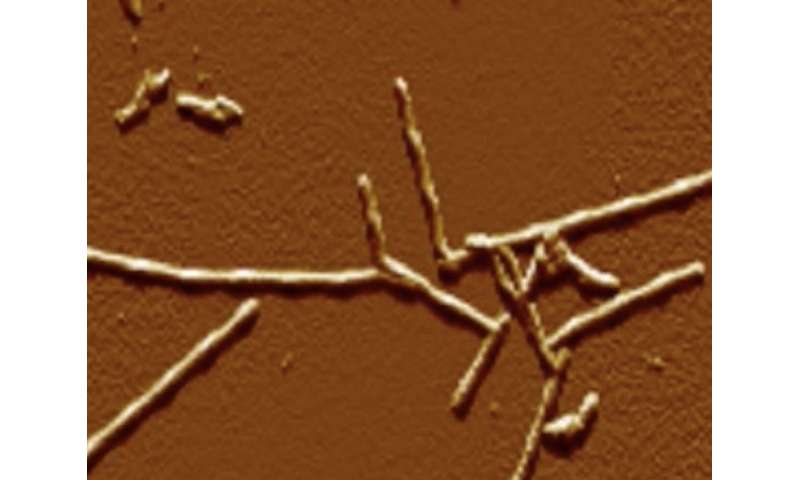 “But I was fascinated because the correlation of the growth rate to the concentration of peptides in the solution carries loads of information,” Vekilov said. “It helps to measure the rate constant, a quantity which is easy to model.”

He said Rice physicist Peter Wolynes, whose lab specializes in building computer models of protein and chromosome folding, suggested that disrupting the steady growth with urea, known to denature (or unfold) proteins, might provide useful data about how amyloid fibrils form. It sure did.

“A weird thing happened,” Vekilov said. “Urea made the fibrils less stable, which meant the bonds between the molecules in the fibrils became less strong. But it also made them grow faster. This is a very serious contradiction, a violation of the empirical rules of chemistry.

“But there are empirical rules, and then there are fundamental laws,” he said. “We thought, this is trying to tell us something.”

Further experiments showed that urea “destabilized the wrong peptide bonds,” Vekilov said. “It made the fibril grow faster but also showed us the intermediate frustrated steps. The big thing is we now have evidence that at the end of the fibril there’s a crown of frustrated, disordered peptide chains trying to dock and lock, and these are druggable targets. 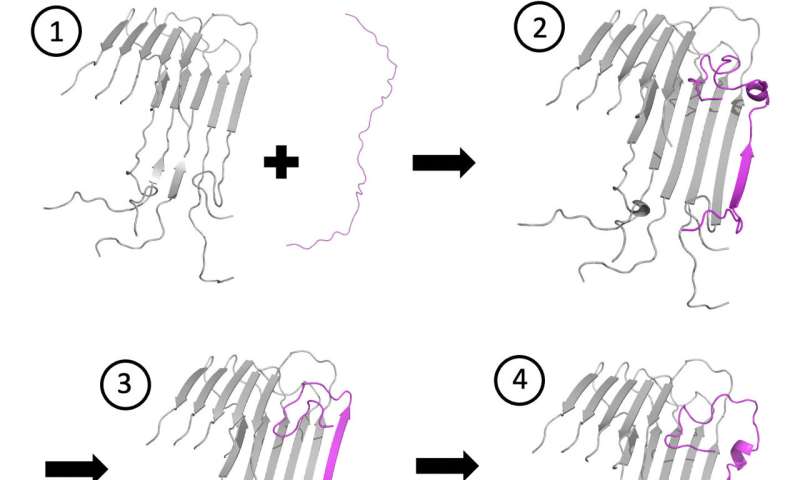 “It’s irrational to block every single peptide, because there are probably 100,000 times more of them than there are fibril tips,” he said. “The beauty of what we found is that the fibril tip is an Achilles’ heel of fibrilization, and all we have to do is block the complex at the tip.”

Wolynes noted there were signs of frustration in an earlier study that saw evidence of hitches in fibril aggregation. “Two things have emerged from the experiments,” he said. “One is that almost all of the kinetic models people use for amyloid beta growth are too simple. That’s not unexpected. The other is that denaturing changes the equilibrium, and it can also change the rate of folding in in ways that tell you where the transitions states appear.

“In the earlier paper on fibril nucleation, we remarked that it looked like there were some strange processes where the proteins had to backtrack from the transition state,” Wolynes said. “So Peter went and investigated this, and I think he is the first person to do so.”

He said having a way to halt fibrils from growing may help settle a long-standing disagreement among scientists over whether fibrils cause neurological disease or protect the brain from another suspect, particularly tangled tau proteins.

“Our idea is to poison the tip so that it can’t grow, rather than to destabilize the whole fibril,” Wolynes added. “This, of course, gets into the big argument over whether fibrils are good or bad.”

Computational models might show that arresting the fibrils could either stem the effects of Alzheimer’s or make it worse. Either way, Wolynes said scientists will have a more definitive answer.

“To my mind, what’s interesting here is to provide a new target, and we will explore some possible drugs that could change the nature of the tip,” he said. “Either way, those molecules will provide interesting tools to understand how fibril growth happens.”