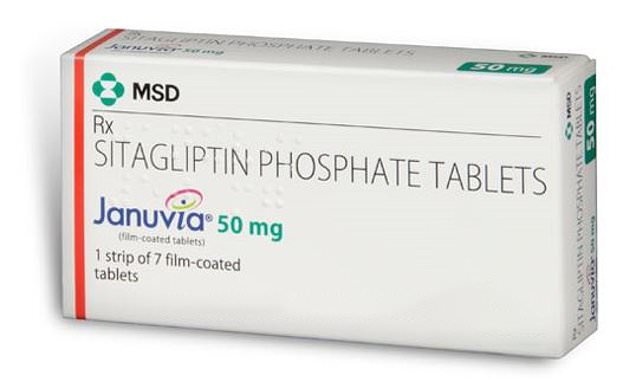 A diabetes drug could end the heartbreak endured by the thousands of women who suffer recurrent miscarriages.

Academics found sitagliptin can help prepare the womb lining for pregnancy, which may cut the odds of a miscarriage.

Results of a trial on the drug – branded as Januvia – showed it boosted the number of stem cells in the womb lining by 68 per cent.

Eight of the 16 women who took the drug and were followed-up went on to have a baby. In comparison, just seven of the 17 women in the placebo group did.

The number of miscarriages was also halved in the sitagliptin group, with just three recorded compared to six among women taking dummy pills. 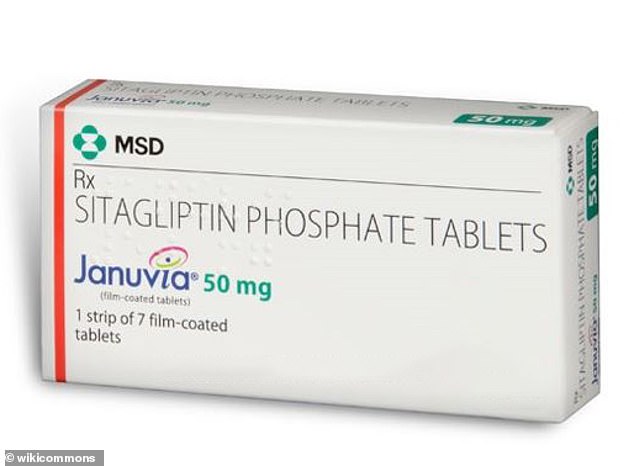 If the drug is successful in clinical trials, it would be one of few treatment options for women who have tragically lost multiple babies.

Other research by the same Warwick team has already pointed to a lack of stem cells being the main cause of recurrent miscarriages.

This is defined as the loss of two or more consecutive pregnancies. Around one in 100 women are thought to suffer three in a row.

Co author Professor Siobhan Quenby said: ‘We have improved the environment that an embryo develops in and in doing so we hope to improve the chances of a successful pregnancy.

‘Although this research was specifically designed to test whether we could increase the presence of stem cells in the womb, follow-up of participants found that there were no further losses of normal pregnancies in those who took sitagliptin.’

Sitagliptin is a type of gliptin, a class of diabetes drugs which target and stop an enzyme called DPP4.

DPP4 is involved in the circulation of stem cells round the body, according to the study published in the EBioMedicine journal.

Researchers, led by Dr Shreeya Tewary, investigated whether blocking DPP4 would help lead to more stem cells being taken to the womb.

Thirty-eight women, all aged between 18 and 42, were recruited at the beginning of the study. They had suffered an average of five miscarriages in the past.

Half were given a daily sitagliptin pill for three menstrual cycles, while all the others received a placebo.

HOW COMMON IS MISCARRIAGE?

One in four women will lose a baby during pregnancy or birth, according to the charity Tommy’s which funds research into this area.

One in six pregnancies in women who know they are pregnant become miscarriages.

But even more happen among women who don’t know they have conceived.

Miscarriage occurs when a pregnancy is lost within the first 23 weeks after conception.

The main symptoms are bleeding from the vagina, which may be accompanied by lower abdominal pain.

There are various reasons women may have a miscarriage – it is common and is not usually caused by something they have done.

If a miscarriage happens in the second trimester – between weeks 14 and 26 – it may be a sign of an underlying problem.

Often, miscarriages are isolated events and women will go on to have successful pregnancies.

The majority of miscarriages can’t be prevented, although being generally healthy will help reduce the risk.

Losing three or more pregnancies in a row – known as recurrent miscarriages – is uncommon but still affects around one in 100 women.

An estimated five per cent of women experience two consecutive miscarriages and one per cent have three or more.

Womb biopsies were taken at the start and afterwards to determine the number of stem cells present before and after the trial.

The women taking sitagliptin had around two thirds more stem cells in their wombs at the end of the treatment. The placebo group had no increase in stem cells.

Excessive stress on these key cells can lead to the breakdown of the womb lining, placental bleeding and miscarriage.

The numbers of ‘stressed’ decidual cells in the womb lining was twice as low in the sitagliptin group.

The aim of the study was not to assess pregnancy outcomes, however thirty-three participants were followed for 12 months.

In total, 25 of 33 women follow-up reported a pregnancy. In the sitagliptin group, eight women gave birth after years of heartbreaking miscarriages.

One woman had to terminate her pregnancy due to foetal abnormalities and three women miscarried.

The team now hope to take the treatment to a clinical trial.

Co-author Professor Jan Brosens, of Warwick Medical School, said: ‘There are currently very few effective treatments for miscarriage and this is the first that aims at normalising the womb before pregnancy.

‘Although miscarriages can be caused by genetic errors in the embryo, an abnormal womb lining causes the loss of chromosomal normal pregnancies.

‘We hope that this new treatment will prevent such losses and reduce both the physical and psychological burden of recurrent miscarriage.’

Jane Brewin, chief executive at Tommy’s National Miscarriage Research Centre, said: ‘For far too long it has often been said by many health professionals that miscarriage is not preventable, and parents have been left with little hope given the paucity of treatment options available.

‘A large-scale trial is needed to verify the findings and we hope that this will get underway quickly.’