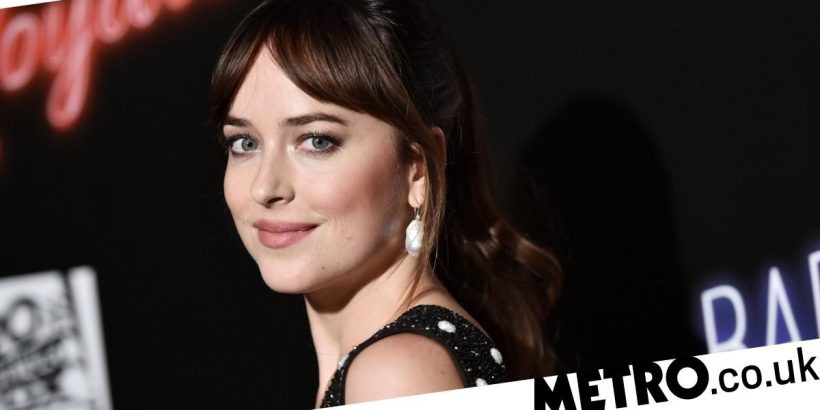 In a recent magazine interview 50 Shades of Grey star Dakota Johnson said some… inadvisable things about her journey with mental health.

‘I’ve learned to find [depression] beautiful because I feel the world,’ she revealed.

As someone who lives with depression, anxiety and trauma, I don’t think I can successfully deconstruct this mess of a sentence – but I’ll give it a go.

Like many 20-somethings, I grew up on teen TV drama Skins and like many other girls I was desperate to be Effie Stonum. Not only was she drop dead beautiful, but she was the type of mentally ill that was part of a romantic narrative.

She was damaged but people wanted to rescue her. Her sadness spilled out of her in Tumblr-esque quotes while one perfect tear rolled down her perfect peach-fuzz skin.

She was the manic pixie dream girl of my generation. (See also: Ramona Flowers from Scott Pilgrim Vs The World, Sam Feehan in Garden State or Summer from 500 Days of Summer – or almost any character played by Zoe Deschanel for that matter).

Beautiful women who are wild, deep, untamed but obtainable.

I spent much of my teenage years desperate to emulate these women.

I wanted my depression to have a simple, more poetic outlet. I wanted it to be a simple fix that could be wrapped up within 180 minutes, or a series of episodes.

I was hyper aware of all of the destructive and ‘unattractive’ ways that my mental health presented and the journey to the other side seemed hard, and at times impossible.

I was desperate to have someone see what I couldn’t, and, like these beautiful women on my TV screen, sweep me up and just deal with it.

But the reality was I was no manic pixie dream girl. I was a depressed goblin nightmare child and I blamed myself.

If these indie-culture icons could be beautiful while struggling with depression, suicidal thoughts and manic behaviour – why couldn’t I?

My mental health was not something that could be put to some epic soundtrack, unless the songs consisted of accordions, bagpipes and old nursery rhymes played at the wrong RPM.

When it got bad there were days and weeks where I couldn’t get out of bed to shower. I couldn’t brush my teeth. My clothes went unwashed, and my room truly was a ‘scary, hoarder nightmare pit’ (quote supplied by a former housemate).

My compulsive emotional eating made my skin greasy and full of breakouts. The lack of vegetables made me grey and sallow.

My anxiety presents in trichotillomania, which is compulsive hair pulling. At its worst, I had bald spots all along my parting.

Mental health struggles aren’t beautiful. But they aren’t ugly either. They just are.

Like my box-dyed auburn hair, my fingernails and my elbows, they are a part of my biological make up but they aren’t a quantifiable feature.

In her interview, Johnson also spoke about her mental health in relation to her relationships. ‘I guess I have a lot of complexities, but they don’t pour out of me,’ she explained. ‘I don’t make it anyone else’s problem.’

Now, I don’t have a PhD in psychology, but to me, this feels like some victim-blamey s**t.

This is also a feature you often find in the manic pixie dream girl of yesteryear. Obvious mental fragility, but an unwillingness to trouble a man with it.

It’s like it’s desirable to be weak, but non-burdening.

If your partner can’t support you and your emotions, then you shouldn’t be with them, it’s as simple as that.

Besides, shouldn’t we be leaning away from teaching an entire generation of young people that their mental health is a burden?

For many people not making your depression anyone else’s ‘problem’ is the reason that they are no longer with us.

Strength despite circumstances, lasting empathy and understanding, and a willingness to help others. Those are all beautiful things that can come out of mental illness.

But so is knowing when you need help. You wouldn’t avoid seeking help if you had an axe sticking out of your skull. Why shouldn’t you get help for problems that cost almost 7,000 lives a year in the UK alone?

While Johnson has the right to describe her mental health journey in any way she feels, statements like hers reinforce this idea that if you’re not beautiful in your mental health, you are failing and unworthy of help.

And that’s just not true.