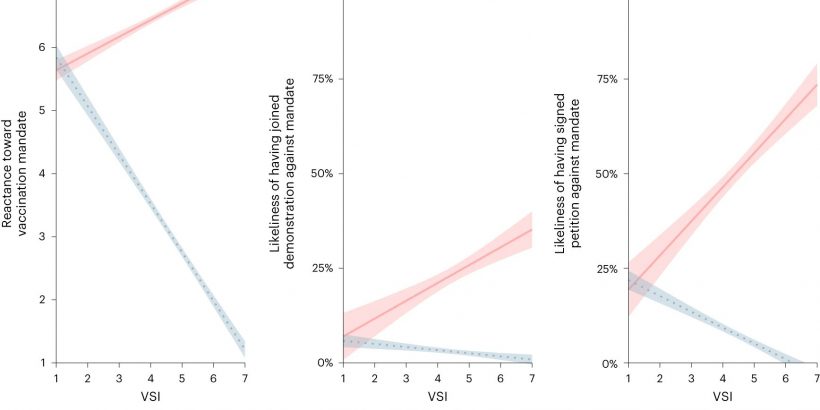 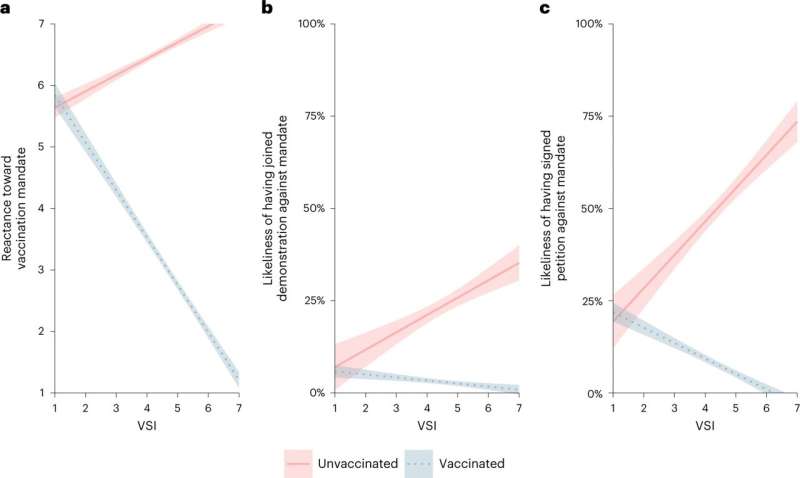 People who strongly identify with their COVID vaccine status discriminate more strongly against the respective other group. This is shown by a study conducted by the team led by Luca Henkel, member of the Cluster of Excellence ECONtribute at the University of Bonn, with the participation of the Universities of Erfurt and Vienna and the Bernhard Nocht Institute for Tropical Medicine Hamburg. The study was published in the journal Nature Human Behaviour.

The team surveyed more than 3,000 vaccinated and 2,000 unvaccinated people from Germany and Austria from December 2021 to July 2022. They had to rate on a scale of one to seven how strongly they agreed with five different statements about their vaccination status. For example, from both groups, about half of the respondents said they were proud to be (un)vaccinated.

In general, unvaccinated people perceived the public debate on compulsory vaccination as more unfair and said they experienced more social exclusion. The study provides evidence for the theory reported in the literature that conflicts are promoted the more people identify with a social group, because they see their own conviction as the right one and feel morally superior. For example, the study shows that the more unvaccinated people identify with their vaccination status, the more willing they are to demonstrate against COVID-19 measures.

“We show that getting vaccinated against COVID-19 has become not just a health decision, but also an ideological value decision,” Henkel says.

Respondents not only identified themselves individually as vaccinated or unvaccinated, but also see themselves as part of a social group. Conventional information campaigns are therefore not very effective. “We need more exchange instead of one-sided appeals,” Henkel said. The researchers see it as the duty of public figures, for example, to advocate for a stronger dialogue.