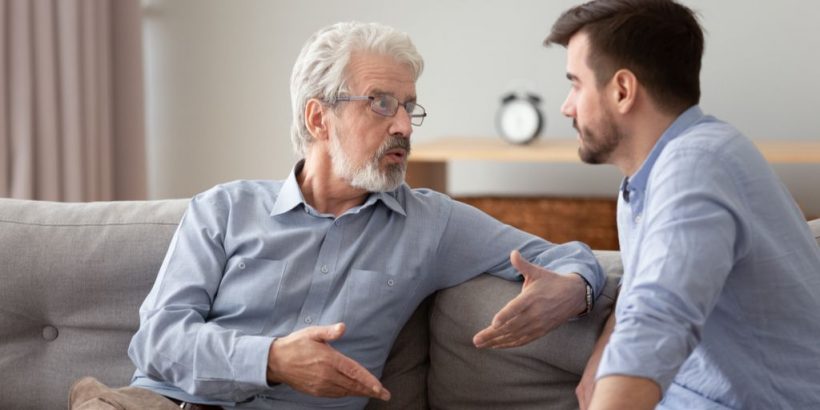 —Coronavirus in the US: Map & cases

—What are the symptoms of COVID-19?

—How deadly is the new coronavirus?

—How long does coronavirus last on surfaces?

—How does COVID-19 compare with seasonal flu?

—How does the coronavirus spread?

—Can people spread the coronavirus after they recover?

People infected with COVID-19 may spread the disease when they speak and breathe, not only when they let out a hearty cough.

Although these modes of transmission could help to explain how asymptomatic and mildly infected people fuel the virus’ spread, researchers don’t yet know whether tiny particles expelled in breath infect more people than large droplets spewed through coughs, experts told Live Science.

“There’s a possibility” that COVID-19 primarily spreads via fluid particles less than 0.0002 inches (5 microns) in diameter, known as aerosols, which can be emitted when people speak, said William Ristenpart, a professor of chemical engineering at University of California, Davis. “We just don’t know,” he said.

The World Health Organization still states that COVID-19 spreads mostly through direct contact with infected people and with infected large respiratory droplets, which measure more than 0.0002 inches in diameter. The hefty droplets fly from a person’s mouth when they cough or sneeze, falling to the ground by the time they’ve traveled only a few feet.

However, mounting evidence suggests that aerosols may spur transmission more than once thought, and these smaller particles “can remain aloft for a considerable amount of time,” on the order of hours, said Jeffrey Shaman, an epidemiologist and head of the Climate and Health Program at Columbia University in New York City.

In one anecdotal account, dozens of choir members contracted COVID-19 after a rehearsal, despite members not reporting symptoms and keeping their distance from each other throughout rehearsal, the Los Angeles Times reported.  In a study published in March in the New England Journal of Medicine, researchers described how aerosolized coronavirus particles can remain viable for up to three hours in the air, meaning they could infect a person hours after being expelled.

Shaman noted that the study authors sampled the air for just three hours, meaning the virus could potentially remain viable for longer. Until scientists learn more about the true viability of the virus in a variety of settings and conditions, they have to consider all potential routes of transmission in their attempts to slow transmission, he added. That means people should maintain strict social distancing and wear a mask when out, even if you don’t feel ill.

“You have this issue where people are unwittingly spreading the virus around,” Shaman told Live Science. Even imperfect homemade masks likely disrupt the movement of droplets and aerosols exiting your mouth, he said. “I would suspect that masks help.”

Evidence for spread through speech

The notion that the novel coronavirus SARS-CoV-2 might be “airborne” has been a point of contention throughout the pandemic, the journal Nature reported. Evidence suggests that the related virus SARS-CoV, which triggered outbreaks of severe acute respiratory syndrome in the early 2000s, likely spread through aerosols but only in health care settings and other specific scenarios, Live Science previously reported. But from the start of the COVID-19 pandemic, “people were getting up and saying definitively” that the disease mostly transmits through respiratory droplets, Shaman said.

In reality, no one knew that for sure, he said.

“We don’t observe the transmission process … We actually don’t know how respiratory diseases are transmitted,” Shaman said. While scientists understand the various routes by which respiratory viruses can enter the body, determining which route a pathogen prefers can be incredibly difficult, Ristenpart added. Although scientists have studied influenza for decades, its primary route of transmission remains a mystery, he said. That said, evidence does suggest that people emit aerosols while they speak and that the particles can shuttle viral material between hosts.

“The basic idea that speech releases aerosol particles has been known for decades,” Ristenpart told Live Science. However, even within the medical community, speech often isn’t acknowledged as a potential conveyer of infectious pathogens, he added. Many particles emitted through speech measure only a micron across, rendering them invisible to the naked eye. “When you sneeze, you see a spray,” which may bias people towards thinking that respiratory droplets contribute heavily to spread, he said.

Though less obvious than a wet sneeze, aerosols are still large enough to carry pathogens like the measles virus, influenza viruses and Mycobacterium tuberculosis, and they can be generated through speech in several ways, Ristenpart said. Mucus-like fluid that clings to thin blood vessels in the lungs can break off in droplets as people inhale and exhale, according to a 2011 study in the Journal of Aerosol Science, and the same can happen as the vocal cords vibrate, snapping open and closed to generate different sounds. People also expel “spittle” from their mouths as they speak, Ristenpart said. Both breath and speech generate aerosols in these ways, but speech can generate about 10 times more aerosols than breathing alone, according to a 2009 report in the same journal.

In a 2019 study in the journal Nature Scientific Reports, Ristenpart and his colleagues investigated how many of these tiny particles people let off in a normal conversation; they found that people expel between one and 50 aerosol particles per second as they speak, depending on their volume, or how loud they speak. A follow-up study published in January in the journal PLOS ONE  revealed that certain units of sound generate more aerosols than others; for example, the “E” sound in “need” produces more particles than the “A” in “saw.” But still, the sheer volume of a person’s voice acts as the main determinant of whether someone emits many particles or few.

“The take-home message there is that the louder you speak, the more aerosol particles are generated,” Ristenpart said. Certain individuals are so-called speech superemitters and give off about 10 times the number of particles as others, on average, although the reason remains unknown.

In the context of COVID-19, superemitters could potentially act as superspreaders, releasing thousands of infectious particles into the surrounding air in a matter of minutes. “A 10-minute conversation with an infected, asymptomatic superemitter talking in a normal volume thus would yield an invisible ‘cloud’ of approximately 6,000 aerosol particles,” Ristenpart wrote in a report published April 3 in the journal Aerosol Science and Technology.

At this point, however, we don’t know how infectious that aerosolized cloud might be, he said.

To determine how speech and breathing contribute to COVID-19 transmission, scientists must learn how much virus the average aerosol contains and how much virus one must inhale to become infected, Ristenpart wrote in Aerosol Science and Technology.

Tracking how the aerosols move in different environments, when subjected to different air flows, would also provide key clues about the risk of transmission, he noted. For instance, a turbulent air flow could carry an infectious cloud far away from the original speaker, but could also dilute the viral concentration to a relatively harmless level, he wrote.

Future research could also address how varying levels of humidity, wind and heat affect aerosols and the viruses held within them, Shaman said. More practically, until scientists can resolve these unknowns, “the need is to just distance ourselves so we can get everything in order right now,” he added.

While the role of speech-generated aerosols in COVID-19 transmission remains hypothetical, for now, “unfortunately, I haven’t seen any data that’s inconsistent with that hypothesis,” Ristenpart said.