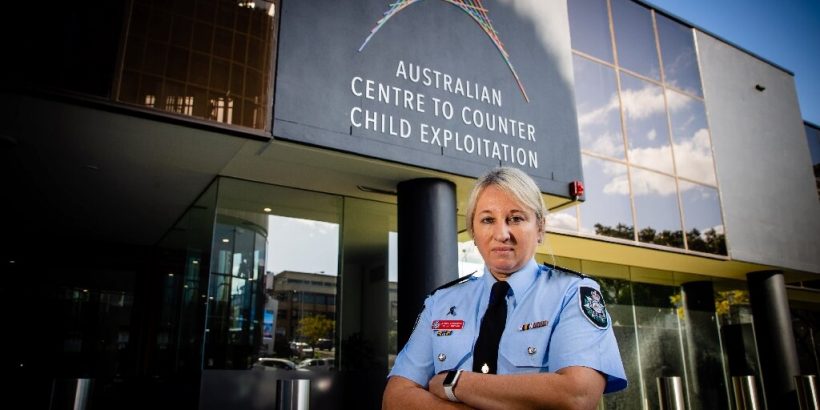 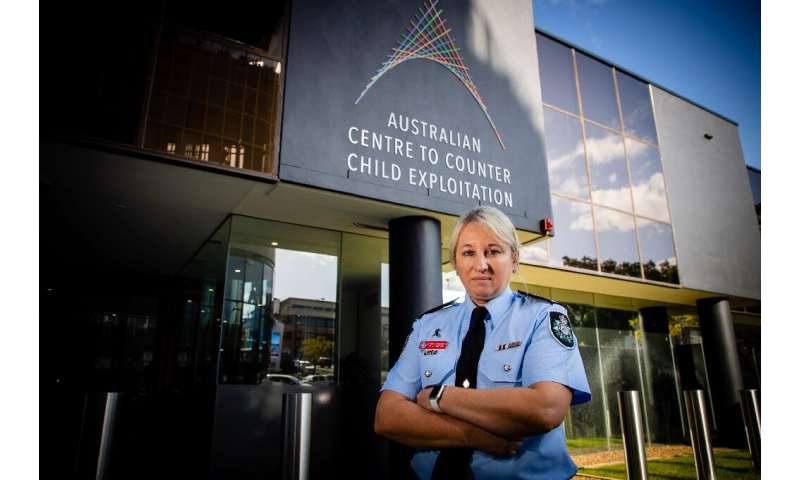 Out-of-school kids and adult predators spending more time at home and on the internet during the coronavirus pandemic is the “perfect storm” driving a spike in online child sex abuse around the world, activists and police say.

From slums in the Philippines to Australia’s suburbs, the cross-border crime has mushroomed as offenders take advantage of school closures and lockdowns to reach children—either in person or via social media, gaming sites and the dark web.

In Australia, federal police received more than 21,000 reports of child sex abuse in the 12 months to June 30, an increase of over 7,000 cases on the previous year.

“Some of those dark web sites are actually crashing because they’re not coping with the amount of traffic,” Australian Federal Police detective superintendent Paula Hudson said.

She said police “directly attribute” the “incredible influx” to offenders and children spending more time at home because of lockdowns and school closures, with youngsters often left unsupervised as parents juggle work and care responsibilities.

The Philippine government saw a 260 percent increase in reports of online child abuse materials from March to May—when the country was in a strict lockdown, UNICEF said.

Investigators are even “seeing COVID-specific child exploitation forums where (offenders) are discussing the opportunities that have arisen during the COVID period”, Hudson revealed, including one with 1,000 members.

Online sexual exploitation of children is a “crime of opportunity” driven by demand from sex offenders, said Tanagho. 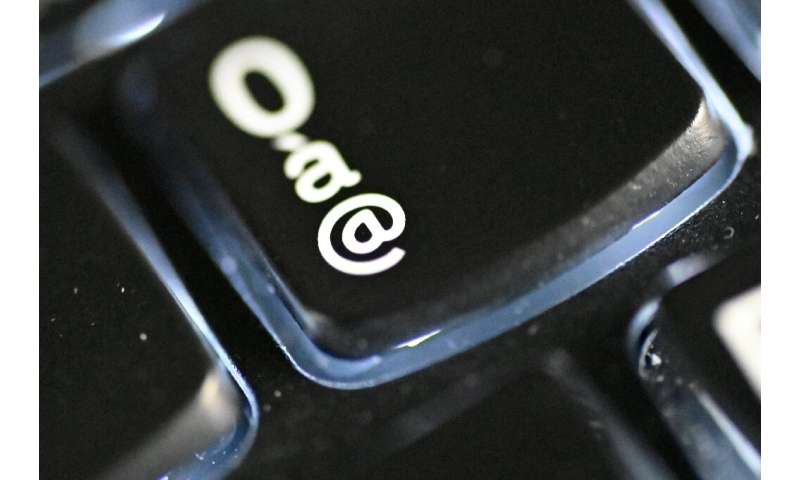 The abuse is often repeated regularly to create new material.

With jobs and income lost and more time spent at home as a result of strict virus measures, in the Philippines many of the victims are first abused by their own parents, who livestream the sexual violence for predators in wealthy Western nations.

“The sexual abuse is directed, it’s paid for and it’s consumed live by child sex offenders around the world who don’t need to leave the comfort of their home,” Tanagho said.

Children are abused for an average of two years before being rescued, he added, but the trauma is long-lasting.

Mellanie Olano, lead social worker with the International Justice Mission in Manila, told AFP: “It is a bit chaotic whenever we enter the house where the abuse is happening, the children are all crying.”

“Of course, because most of the perpetrators are the parents… they are separated from their parents,” she added.

In Indonesia—which along with the Philippines has become a global hotspot for child sex abuse—around 20 percent of children surveyed by ECPAT, an international NGO working to end child exploitation, reported predatory behaviour online.

Among them was a 14-year-old girl who was convinced to do a strip show while her parents thought she was doing homework online in her room. 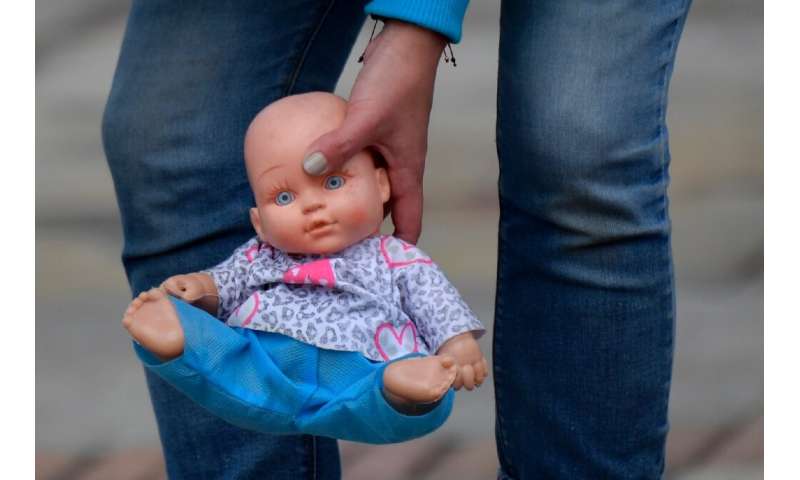 The group’s membership has tripled to 600 since the pandemic began.

“Parents must be even more careful to monitor their children’s online activities because it can take just minutes for them to become a perpetrator or a victim in online crimes,” criminal division head Teuku Rasya Khadafi said. “Everything is there on the internet.”

“What mostly we found during this lockdown period is that perpetrators are trying to reach the kids in a popular app for kids, such as online gaming platforms with chat features,” he said.

Activists have reported adults pretending to be peers, famous YouTubers or even celebrities like Justin Bieber.

“Once the initial interaction started, they asked them to chat in other platforms so that they could be in contact without any disturbance from the game,” Hulley said.

It is not only children in developing countries that are being sexually abused.

They ranged from 16 months to 15 years, with an average age of eight years.

Tip of the iceberg

Tackling the issue has been further complicated by the pandemic. 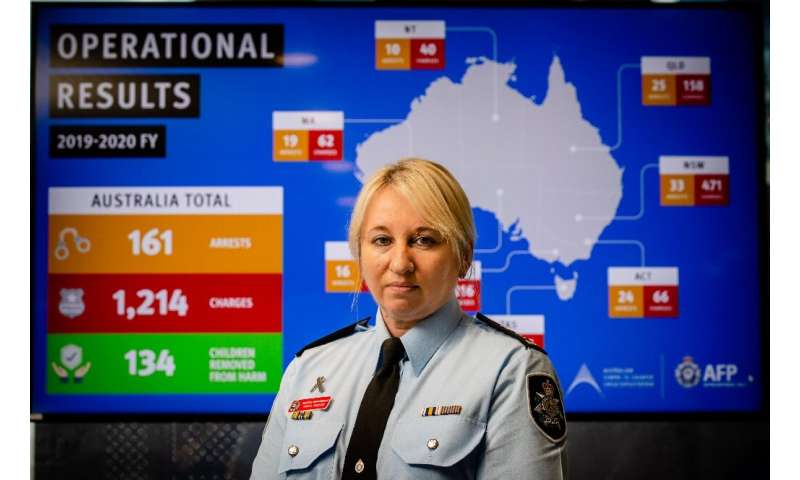 Before Australia closed its international borders to stop the spread of the virus, police regularly arrested suspected child abusers as they returned home on flights from Southeast Asia.

But as offenders have moved online in greater numbers, Hudson says police have followed them, working more closely across with international counterparts by using virtual tools such as video conferencing.

“Certainly the COVID pandemic has not hampered anything—if anything it’s actually increased our cooperation,” she said.

The alleged Australia-based child sex abuse ring was busted after a tip-off from US authorities, who also arrested three Americans.

A network of suspected offenders was identified across Europe, Asia, Canada and New Zealand, with police making almost 150 referral to their counterparts in those regions.

Tanagho, though, is less optimistic that authorities are making headway.

“This is a massive, massive problem and globally… this is just the tip of the iceberg,” he said.

As well as greater law enforcement, Tanagho said tech companies needed to do more to develop tools that could catch livestreamed abuse in action.

“If sex offenders and traffickers fear being detected by the platforms they’re using, if they fear being arrested… then they are much less likely to abuse children online,” he said.