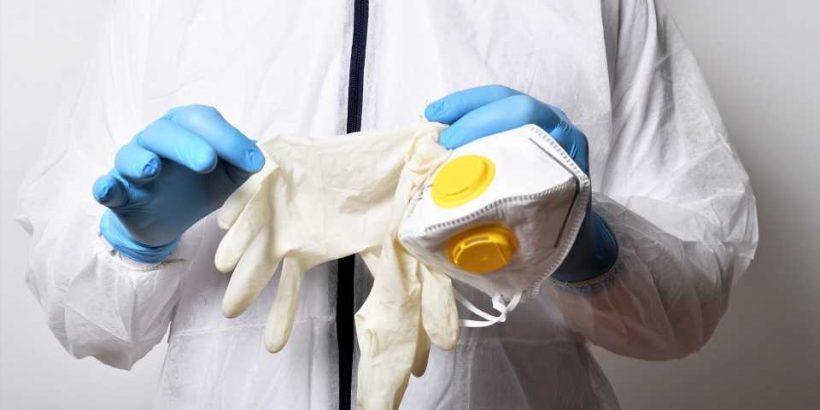 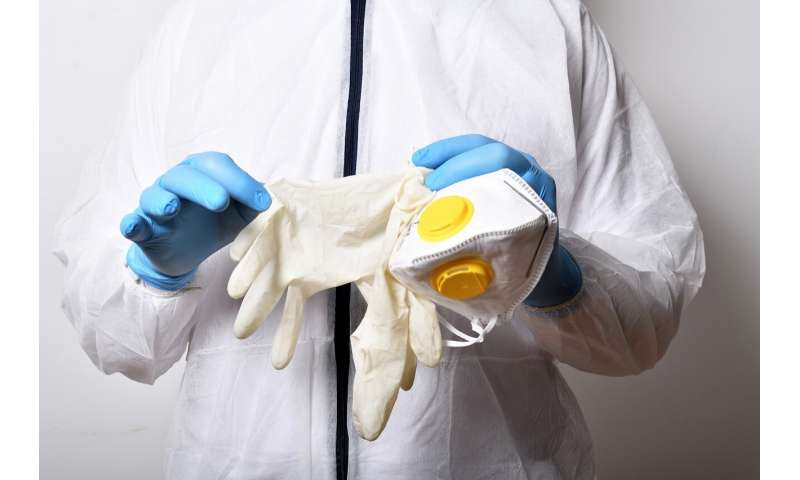 With COVID-19 case numbers climbing dramatically in the United States and millions of people sheltered in their homes to help quell the outbreak, many are asking the obvious question: How long will all this last? Yale School of Public Health Associate Professor Virginia Pitzer shares her perspective on this timely question. Pitzer is an expert in infectious disease transmission dynamics. Her research involves the creation and development of mathematical models to assess how different interventions, such as vaccination, affect disease transmission among populations. Here are her thoughts:

Now that the SARS-CoV-2 virus has established a foothold in the United States, how long can we expect this outbreak to last?

I think it is likely to be months rather than weeks. With only modest control measures (such as isolation of cases and quarantine of their household contacts or partial adherence to social distancing guidelines), models predict the peak would occur around July and the outbreak would last until early fall, until finally enough of the population had built up immunity to the virus. However, this strategy is still likely to result in a large number of deaths. If we impose strict social distancing measures (as we are now), it is likely that cases will peak sooner. However, we are unlikely to see an impact of the control measures for at least a couple weeks, since cases today reflect transmission that occurred 1-2 weeks ago. Also, we are likely to see a rebound in cases once social distancing measures are lifted. Therefore, we may get into a cycle of periodic social distancing measures until it is possible to develop and mass-produce a vaccine, which experts say will take 12-18 months, or we can find effective ways to treat COVID-19.

Federal and state officials say that large pandemics usually happen in three waves. Can you please explain what that means and how those waves happen?

The occurrence of pandemics in multiple waves [not necessarily three] pertains specifically to our experience with influenza pandemics. The 1918 and 2009 pandemics, for example, both began with a generally smaller epidemic peak in the spring, followed by a larger epidemic peak in the fall. In 1918, this was followed by a third peak in the winter of 1918-19. The reasons behind the multiple epidemic waves are not entirely understood. In part, the distinct spring and fall waves of influenza may be due to a decrease in the transmission of flu associated with the school summer vacation and less favorable environmental conditions (notably higher absolute humidity) in the summer. There is also some speculation that the virus may have changed between the spring and fall waves in 1918, allowing it to escape any immunity that had built up in the population, or that the spring wave could have been due to a completely different virus, but data to support this is lacking. You can also get multiple waves if control measures are relaxed too soon. Finally, the appearance of multiple waves can also in part be attributed to the peak occurring at different times in different locations. For example, cities that had more cases of influenza in the spring of 2009 tended to experience a smaller peak in the fall and vice versa.

If pandemics happen in waves, should we be prepared for more periods of school closures, social distancing measures and event cancellations in the coming months?

It is unclear whether the experience with influenza is really indicative of what might happen with SARS-CoV-2. For example, we know that school-aged children play an important role in transmitting flu, but it is unclear whether the same is true for SARS-CoV-2, since children do not seem to experience much illness. If that is the case, we may continue to see cases of COVID-19 occurring throughout the summer. Nevertheless, it is unlikely that we will be able to eliminate SARS-CoV-2 completely, and other human coronaviruses are known to peak in the fall, so we may very well see a resurgence of disease next fall. More importantly, if control measures are lifted too soon, we are likely to see another peak in the disease until enough immunity has built up in the population, or until we are able to develop an effective vaccine against SARS-CoV-2.

When will know a wave is over and will people still need to take infection precautions at that point?

It is hard to say exactly when an epidemic wave is over. If the number of new cases and hospitalizations has decreased for more than four consecutive weeks, for example, this may be a sign that an epidemic wave has ended. However, it is important to know whether the number of cases is decreasing because most people are immune (naturally limiting the transmission of the virus) or because the control measures that have been imposed have been effective. If it is the latter, then it is likely that people will still need to take precautions at that point, and another round of interventions may be needed if and when cases go back up. An effective test to detect antibodies to SARS-CoV-2 could help to determine if it is the former; such tests are currently in development. Nevertheless, we would need to remain vigilant, as it is unclear how long immunity to the virus may last.

What factors will most likely impact how long an outbreak like SARS-CoV-2 will last? Social distancing? Aggressive testing? Disease surveillance?

All of the above. Social distancing helps to limit possible transmission, including transmission from people who don’t exhibit symptoms and may not know that they are infected. While aggressive testing is not a control measure by itself, it helps to identify cases and to increase compliance with recommendations that infected individuals self-isolate and their household and other known contacts remain at home as well. Consistent disease surveillance is essential to know where we are in the course of the epidemic, when it may have peaked, and when and if a resurgence is occurring once other control measures are relaxed. But ultimately, the epidemic is unlikely to end until enough people have immunity to the virus. Therefore, more intensive control measures, while necessary to prevent people from dying and hospitals from being overwhelmed, will also serve to prolong the epidemic. These intensive control measures, however, are important and one of our most powerful tools in fighting this epidemic at the moment.

It is still not really understood why the “spring wave” of the 1918 Spanish Flu epidemic was less deadly than the fall wave. There is some speculation that the spring wave was caused by a different virus, but other evidence contradicts this claim. Others speculate that the virus may have mutated between the spring and fall waves, but again there is no evidence to support this. Thus, there is no reason to believe that a second wave of COVID-19 will be any worse than the first. Rather, those who were infected during the first wave are likely to have at least some immunity if and when a second wave does occur.

Now for our rapid-fire round. How do these outbreaks end? How did we eventually curtail SARS and MERS? Is it a matter of scientists developing a vaccine to fight the virus? Is it the eventual establishment of herd immunity? Will another big outbreak happen if the SARS-CoV-2 virus mutates?

This epidemic is not like SARS or MERS. We were able to contain the 2003 SARS epidemic largely through case isolation and quarantine of known contacts because most individuals with SARS were symptomatic and only spread the disease to other individuals after they had been sick for a while. Similarly, most MERS infections are symptomatic, and the virus does not transmit very efficiently from person to person. With SARS-CoV-2, it is estimated that 50-60% of people who are infected don’t exhibit symptoms, but can still spread it to others, and even those who do develop symptoms are infectious before symptoms appear. Therefore, it is likely that this outbreak will only end when enough people have become immune to the virus, either through having been infected with it or through the development of a vaccine that provides effective immunity. Even then, it may be with us for a long time and to continue to cause seasonal epidemics, like flu and other human coronaviruses do.