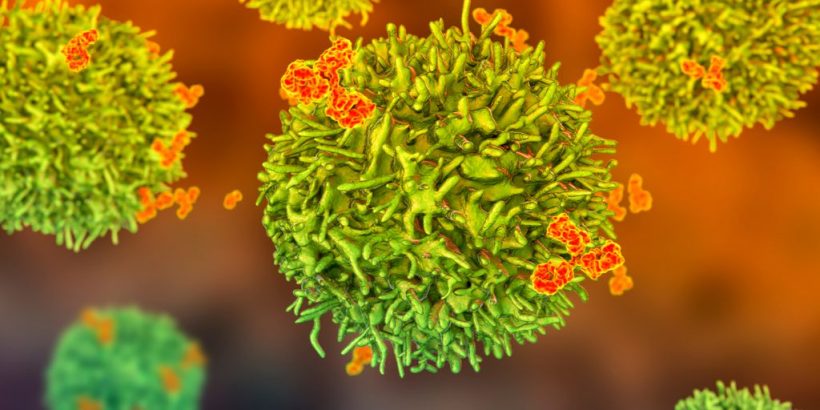 The body builds a protective fleet of immune cells when infected with COVID-19, and in many people, those defenses linger for more than six months after the infection clears, according to a new study.

The immune cells appear so stable, in fact, that immunity to the virus may last at least several years, the study authors said. “That amount of [immune] memory would likely prevent the vast majority of people from getting hospitalized disease, severe disease, for many years,” co-author Shane Crotty, a virologist at the La Jolla Institute of Immunology in California, told The New York Times, which first reported on the study.

That said, making predictions about how long immunity to the coronavirus lasts can be “tricky,” Nicolas Vabret, an assistant professor of medicine at the Mount Sinai Icahn School of Medicine, who was not involved in the study, told Live Science.

“It would be surprising to see the … immune cells build up in patients over six months and suddenly crash after one year,” Vabret said in an email. But “the only way to know whether SARS-CoV-2 immunity will last decades is to study the patients over the same period of time.”

In other words, we won’t know exactly how long immunity lasts without continuing to study those who have recovered from COVID-19. However, the new study, posted Nov. 16 to the preprint database bioRxiv, does provide strong hints that the protection is long-lived — although clearly not in all people, as there have been several cases of individuals being reinfected with the coronavirus after recovering.

The research dives into the ranks of the human immune system, assessing how different lines of defense change after a COVID-19 infection.

These defenses include antibodies, which bind to the virus and either summon immune cells to destroy the bug or neutralize it themselves. Memory B cells, a kind of white blood cell, “remember” the virus after an infection clears and help quickly raise the body’s defenses, should the body be reexposed. Memory T cells, another kind of white blood cell, also learn to recognize the coronavirus and dispose of infected cells. Specifically, the authors looked at T cells called CD8+ and CD4+ cells.

The authors assessed all these immune cells and antibodies in 185 people who had recovered from COVID-19. A small number of participants never developed symptoms of the illness, but most experienced mild infections that did not require hospitalization. And 7% of the participants were hospitalized for severe disease.

The majority of participants provided one blood sample, sometime between six days and eight months after the onset of their infections. Thirty-eight participants gave several blood samples between those time points, allowing the authors to track their immune response through time.

Ultimately, “one could argue that what they found is not so surprising, as the immune response dynamics they measure look like what you would expect from functioning immune systems,” Vabret said.

The authors found that antibodies specific to the spike protein — a structure on the surface of the virus — remain stable for months and begin to wane about six to eight months after infection. At five months post-infection, nearly all the participants still carried antibodies. The volume of these antibodies differed widely between people, though, with an up to 200-fold difference between individuals. Antibody counts normally fall after an acute infection, Vabret noted, so the modest drop-off at six to eight months came as no surprise.

By comparison, memory T and B cells that recognize the virus appear extremely stable, the authors noted. “Essentially no decay of … memory B cells was observed between days 50 and 240,” or eight months later, Marc Jenkins, an immunologist at the University of Minnesota Medical School, who was not involved in the study, said in an email.

“Although some decay of memory T cells was observed, the decay was very slow and may flatten out at some point,” Jenkins added. There’s reason to believe that the number of memory T cells may stabilize sometime after infection, because T cells against a related coronavirus, SARS-CoV, have been found in recovered patients up to 17 years later, according to a study published July 15 in the journal Nature.

Early in the pandemic, scientists raised concerns that immunity to the virus may wear off in about a year; this trend can be seen with the four coronaviruses that cause the common cold, Live Science previously reported. However, studies suggest that the body’s reaction to common coronaviruses may differ from that to viruses like SAR-CoV and SARS-CoV-2, which hopped from animals to humans.

“We don’t really know why seasonal coronaviruses do not induce lasting protective immunity,” Vabret said. But the new study, along with other recent evidence, suggests that SARS-CoV-2 immunity may be more robust, said Jason Cyster, a professor of microbiology and immunology at the University of California, San Francisco, who was not involved in the study.

That said, a few participants in the new study did not mount long-lasting immune responses to the novel virus. Their transient responses may come down to differences in how much virus they were initially exposed to, or genetics may explain the difference, Cyster said. For instance, genes known as human leukocyte antigen (HLA) genes differ widely between individuals and help alert the immune system to foreign invaders, Live Science previously reported.

These inherent differences between people may help explain cases of COVID-19 reinfection, which have been relatively rare but are increasing in number, Science Magazine reported.

Again, to really understand how long COVID-19 immunity lasts, scientists need to continue to study recovered patients. “Certainly, we need to look six months down the road,” and see whether the T and B cell counts remain high, Cyster said.

Should immunity be long-term, one big question is whether that durability carries over to vaccines. But natural immunity and vaccine-generated immunity cannot be directly compared, Vabret noted.

For example, the Pfizer and Moderna vaccines use a molecular messenger called mRNA to train the body to recognize and attack the coronavirus. No mRNA-based vaccine has ever been approved before, so “we practically know nothing about the durability of those responses,” Cyster said.

“I think [that’s] the big unknown for me, among the many,” he said.

But while some unanswered questions remain, the main takeaway from the new study is that “immune memory to SARS-CoV-2 is very stable,” Jenkins said. And — fingers crossed — perhaps those hopeful results will hold well into the future.