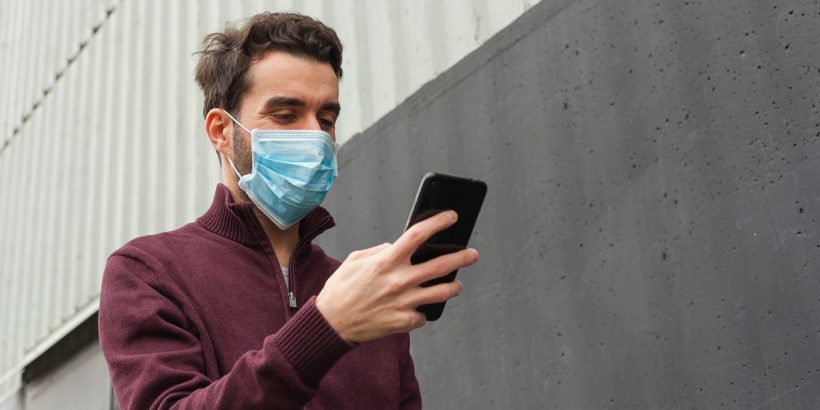 Right now, the SARS-CoV-2 coronavirus pandemic is out of control. In the U.S. we don’t know who has it, hospitals are increasingly overwhelmed with patients, and the only method we currently have to control the spread is to keep everyone home as much as possible for an indefinite period of time. When society does reopen, how will we trace and isolate new cases so that we don’t have to shut everything down again?

Increasingly, public health experts are pointing to a possible solution — and it involves a mobile app. The app would record when people who downloaded it came into the same space as other people who had downloaded it. Then, if one of them tested positive, others who shared their space would be notified.

Similar methods are already at work in South Korea and Singapore, which have a more robust public health infrastructure and experience countering past outbreaks of severe acute respiratory syndrome (SARS) or Middle East respiratory syndrome (MERS). Both nations used digital methods to track those infected with the disease, figure out who they’ve come in contact with, and test and isolate those who may have been infected, as Marketwatch reported. And those actions appear to play a significant role in the fact that neither country has so far been able to control the spread of the virus and begin.

Some of the methods used in those countries, particularly Singapore, are so aggressive that Americans would be unlikely to accept them, including tracing credit card transactions, security camera footage, and mass-collection of GPS data in Singapore and fines for people who don’t download an app in South Korea, Marketwatch noted. But in a new paper researchers argue that a simple, voluntary mobile app could perform a similar function, be less invasive, and effectively control the epidemic.

The proposed app, called NextTrace, “builds a memory of proximity contacts and immediately notifies contacts of positive cases,” the researchers wrote in their paper, which was published March 31 in the journal Science. The goal is to primarily stop transmission between people who may not yet be symptomatic, by identifying them and encouraging them to fully isolate before they experience symptoms but while they may already be infectious.

“So much of this virus’ transmission, maybe 15% of total cases, is from people who don’t feel sick,” mathematical biologist Lauren Ancel Meyers of the University of Texas at Austin told STAT News. “And it’s spreading so quickly, with as few as four days from when one person shows symptoms to when people he infects does. It would therefore take a heroic effort and very fast quarantine and isolation to identify, by traditional methods, every person who’s infected, and every person they contact, and everyone they contact.”

Another U.K.-based group is working on a similar project, as Live Science has reported.

The U.S. has done contact tracing before for past outbreaks, through the simpler, but more painstaking method of asking people to retrace their activities during the period when they were infectious. However, as STAT reported, the outbreak is simply too widespread at this point, and was too uncontrolled from the beginning, for that to be possible.

The paper relies on a key assumption, backed up with evidence, that a significant proportion of infections happen in that early, pre-symptomatic phase. If that’s the case, and if the use of a voluntary app becomes widespread enough that a majority of infected people are quickly isolated and a majority of their contacts traced, it might be possible to slow the infection enough to bring the pandemic under control, the researchers found.

For that to be possible, the researchers argued, the app would have to operate according to certain ethical principles that would encourage the public to widely adopt it. Those principles are:

The key selling point of the project, the researchers argued, is that it can work without any rules forcing people to use it, if enough of the public adopts it.

“People should be democratically entitled to decide whether to adopt this platform. The intention is not to impose the technology as a permanent change to society, but we believe it is under these pandemic circumstances it is necessary and justified to protect public health,” the researchers wrote.

And they think there’s a strong case for rolling it out, despite concerns about privacy.

“The economic and social impact caused by widespread lockdowns is severe. Individuals on low incomes may have limited capacity to remain at home, and support for people in quarantine requires resources. Businesses will lose confidence, causing negative feedback cycles in the economy. Psychological impacts may be lasting. Digital contact tracing could play a critical role in avoiding or leaving lockdown,” they added. “The app we propose offers benefits for both society and individuals, reducing the number of cases and also enabling people to continue their lives in an informed, safe, and socially responsible way.”

Now the question is: Can that happen, and will it work?

The one-month trial gives you access to all of the educational site’s 9,000 activities in reading, science, math and art. Keep your child busy and learning while we are all stuck indoors.
View Deal