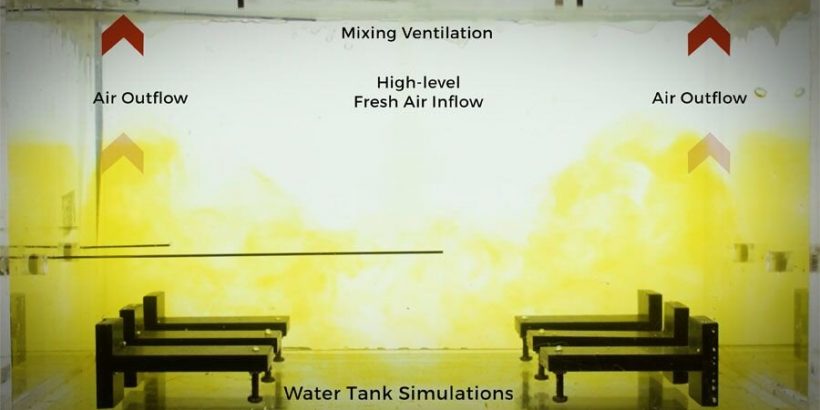 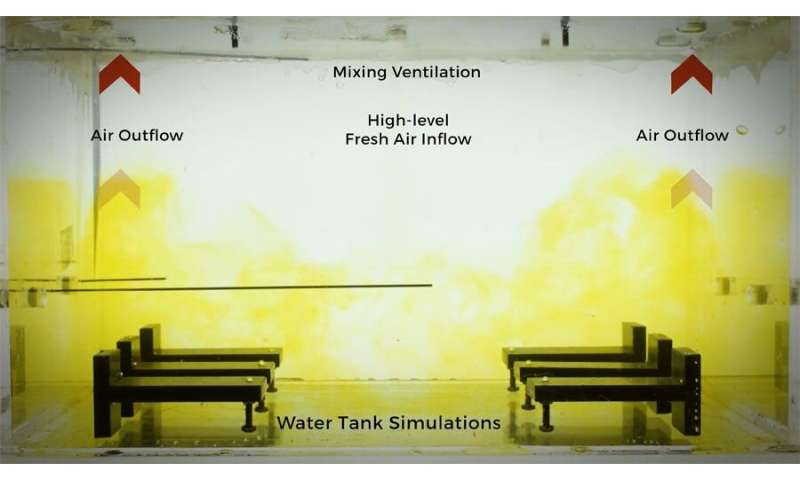 However, large air-conditioned halls tend to have top-down air-conditioning, which creates turbulent flows that can mix and spread droplets containing the virus very widely. At six changes of the air in the occupied part of the hall in an hour, it may take over 20 minutes to dilute the concentration of smaller droplets produced in a cough to below a tenth of their original density.

This, say the researchers, is plenty of time for droplets to travel beyond 20m, putting healthcare professionals in particular at risk as they move about through “a slowly refreshing miasma”.

Professor Andrew Woods FRS of Cambridge’s BP Institute (BPI) and Professor Alan Short of the Department of Architecture have developed a series of practical solutions to reduce the concentration of airborne virus experienced by patients and healthcare workers in buildings converted into makeshift wards.

The designs, released today in a video report, involve relatively low-tech adaptations to ventilation systems and ward configuration, and are relevant for use in the UK and overseas.

“Effective ventilation is critically important in helping to suppress cross-infection, and nowhere more so than in an infectious diseases ward,” says Short.

“Patients coughing or being ventilated will project droplets, some containing the virus, as an aerosol. They are so small that they may take tens of minutes to fall to the floor as the droplet evaporates in still air.”

“Governments, healthcare decision-makers and construction workers are facing an extreme challenge in the urgent need to construct emergency hospitals,” says Woods, Director of the interdisciplinary BPI.

The team’s recommendations are based on physical laboratory experiments to test ventilation systems for two basic arrangements of beds: what is becoming a standard approach of placing hundreds of beds in an open hall with low level partitions, compared with arranging beds within enclosed patient bays so that, as far as possible, the exhaust air does not permeate the rest of the hall. 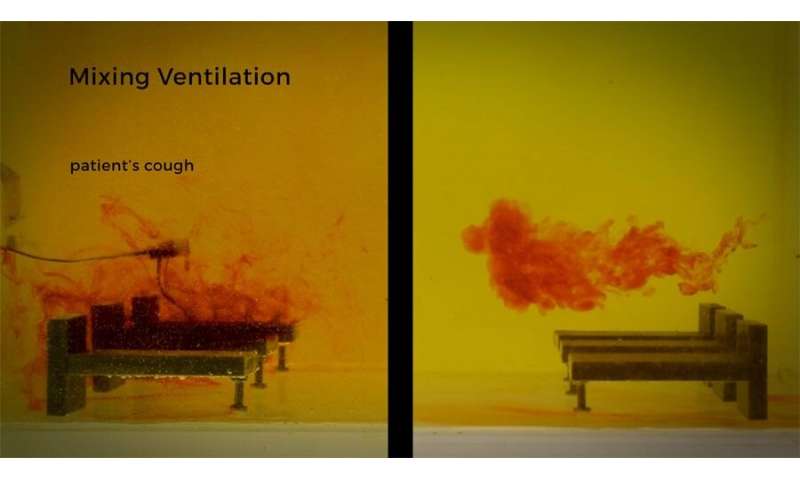 In the completely open version, ventilation air (yellow in the image below) moves down to the ground and spreads out over the patient beds, leading to a highly mixed environment. When a patient coughs (red) or releases aerosols, the flow pattern of the aerosols can extend across the space to other patient beds, even to patients across the corridor.

In the version subdivided into patient bays, the ventilation flow (green) still comes down from the ceiling and moves into the patient bed-spaces and mixes, but a good proportion of this air is removed through exhaust ducts located behind the beds. When a patient produces aerosols within a bay (orange), the aerosol concentration remains high in the bay and as air is drawn out through the exhaust duct this limits the aerosol transport into the main space.

“In a large hall, airflows mix up the airborne aerosols all too efficiently and disperse them through the space across patients and perhaps more significantly nurses and healthcare workers,” explains Woods. “A small measure, such as the installation of part-enclosed patient bays with exhaust ducts can help reduce this dispersion.” 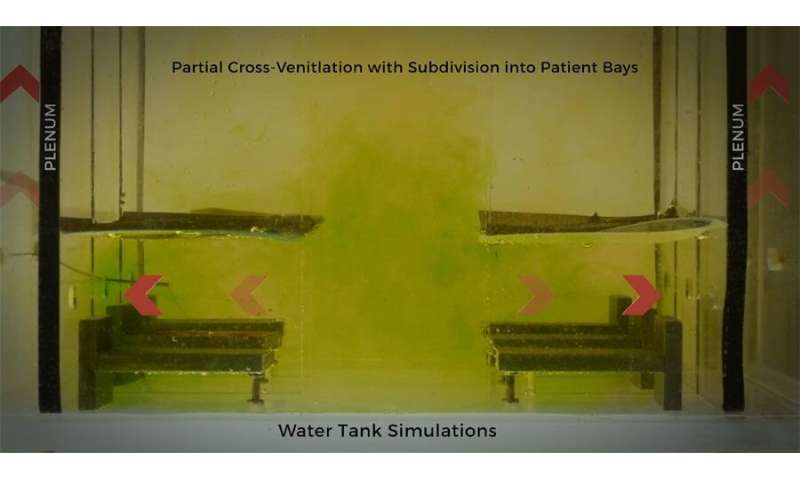 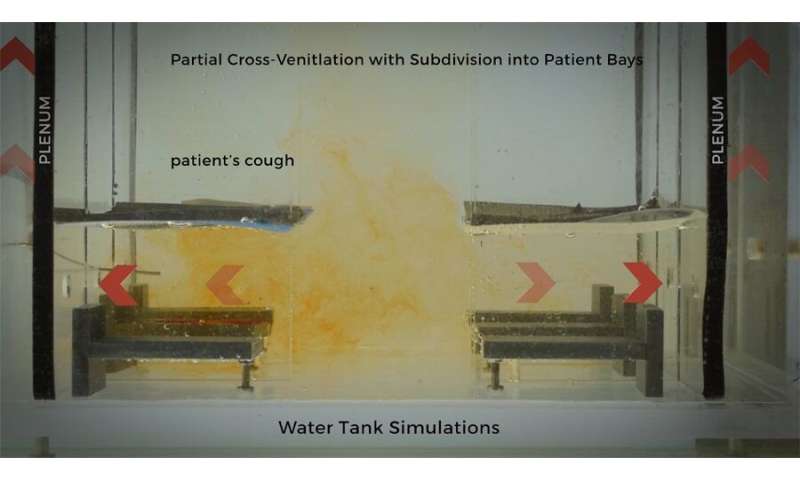 “We’ve developed viable low energy ventilation models for converted spaces in many other climate regions from Temperate Northwest to the Mediterranean, from Continental climates in China and central India to the Mid-West of North America, Canada and marine coastal climates globally,” adds Short.

In particular, the Cambridge team is working with Professor L.S. Shashidhara, Dean of Research at Ashoka University, and advisor to the Indian government and architect C.S. Raghuram, to create viable conversions of marriage halls and sheds as emergency COVID-19 hospitals in India.