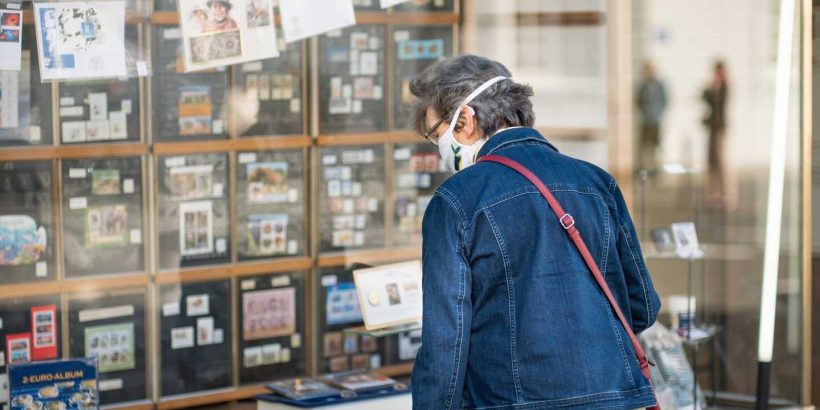 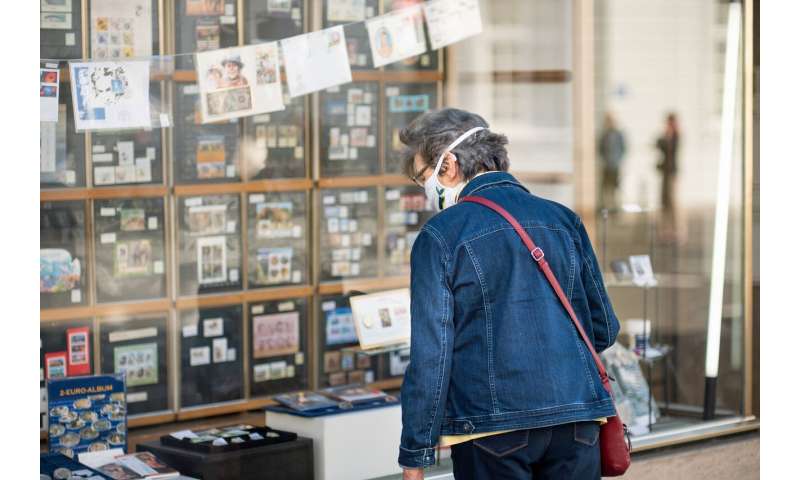 Richard Beckerson will never know whether it was convalescent plasma that made the lifesaving difference—or whether it was the antiviral drug remdesivir or a combination of both.

To him, it doesn’t really matter. All that matters is that he survived 122 days of hospitalization with COVID-19, and he’s back now in his Dearborn Heights home with his wife, Rebecca.

“I had a lot of prayers going on,” said Beckerson, 74, a retired car salesman. “So you know, I’m sure God looked down and said, ‘Who in the heck is this Rich Beckerson that everyone is praying for?’ Anyways, it worked.”

He was one of the first coronavirus patients at St. Joseph Mercy Hospital in Ann Arbor to get an infusion of convalescent plasma—a yellow liquid removed from the blood of a person who has already recovered from COVID-19 and is rich with the antibodies.

It has emerged as one of a trio of hopeful therapies—along with remdesivir and corticosteroids—that appear to help hospitalized coronavirus patients in a pandemic marked by 6.3 million infections in the U.S. and more than 189,000 deaths, according to the Johns Hopkins COVID-19 Dashboard.

Beckerson was among about 70 patients at the hospital who were enrolled in an expanded access program study led by the Mayo Clinic in conjunction with the U.S. Food & Drug Administration to test whether convalescent plasma would help people fight the disease. The hospital system says it was the first in the state to use it as a treatment for COVID-19.

Beckerson had jaundice and delirium, he said, and he had been feverish for days. He recalled his daughter driving him to the hospital March 29.

The staff brought a wheelchair to the car to help him get inside, and he was put in a bed. He needed ventilator support to breathe, and was sedated.

“The last I remember was all these guys and gals with hazmat suits,” Beckerson said.

At that time, doctors around the world were scrambling to find therapies for the novel virus, explained Dr. Anurag Milani, medical director of infection prevention control for St. Joseph Mercy Health System.

They were trying to find a way to tamper down the cytokine storms—the aggressive immune response some people have when they’re infected with novel coronavirus. Some patients were treated with corticosteroids like dexamethasone and antiviral drugs like remdesivir. Some patients were given the anti-malarial drug hydroxychloroquine.

Ultimately, research studies showed hydroxychloroquine wasn’t an effective treatment for COVID-19, and the FDA revoked its emergency use authorization in June.

But the early research on dexamethasone and remdesivir appeared promising and so did convalescent plasma.

“Basically, you’re getting the antibodies from a recovered patient that had COVID,” Milani said. “So, in theory, it makes sense, right? And it also makes sense that the earlier you give it, the better, or the more benefit, there would be.

“On a sort of theoretical level, that makes a lot of sense.”

Convalescent plasma has been used for more than 100 years to treat other diseases, such as diphtheria, pneumonia, measles, and hepatitis, as well as other forms of coronavirus—SARS and MERS, said Dr. Nigel Paneth, an epidemiologist and Michigan State University professor who is among 170 physician-scientists from 50 universities and hospitals who are studying plasma as a treatment for COVID-19 as part of the National COVID-19 Convalescent Plasma Project.

“It’s one of the oldest treatments we know of in modern medicine,” Planeth said. “We give plasma—general plasma, fresh frozen plasma—2 million times a year in the United States.

“It’s pretty darn safe, and it works in all these other diseases.”

Early on in the pandemic, it was hard to find convalescent plasma because it had to come from people who’d already recovered from COVID-19. There weren’t all that many. And because testing was scarce initially, even people who suspected they had COVID-19 couldn’t be sure they had it.

As the disease became more widespread and testing has become more accessible the supply of convalescent plasma has became more robust, Milani explained.

Dr. Mona Hanna-Attisha, the pediatrician who revealed to the world in 2015 that the drinking water in Flint was tainted with lead, was among the people who donated plasma early in the pandemic. She had coronavirus in March.

Since then, Hanna-Attisha has donated plasma three times, Planeth said.

Beckerson was critically ill in early April, when Dr. Stephen Bloom, a physical medicine and rehabilitation doctor at St. Joseph Mercy, met him.

“We didn’t think he’d get off the ventilator. We gave his survival less than 30% chance,” Bloom said.

Beckerson was among the patients who got plasma along with remdesivir.

He was on a ventilator for more than 30 days. Doctors, nurses and respiratory therapists tried several techniques that were considered to be of benefit to coronavirus patients, including proning, which is positioning patients so they are lying facedown to improve oxygenation.

“They had me on my stomach … all of that stuff, to help save my life. I got the plasma as a gift from somebody,” Beckerson said. “But all the stars were aligned. The plasma showed up and with all the other medicine they used, the remdesivir, that’s the reason why I’m still on the right side of the grass.”

His was a success story, but Milani said it’s unclear whether it was the plasma or the remdesivir—or something else entirely—that made the crucial difference.

In late August, President Donald Trump hailed convalescent plasma as a “powerful therapy” when he announced that the FDA was issuing emergency authorization for its use in hospitalized coronavirus patients.

That essentially opens the door for more people with COVID-19 to receive plasma as a treatment.

But Milani said that authorization also is likely to stymie researchers trying to study whether the therapy actually works. So far, the science doesn’t definitively show how much of a difference convalescent plasma alone might make in survival of hospitalized COVID-19 patients.

“There are a lot of confounding factors,” Milani said of the research so far. The study the FDA used to determine whether convalescent plasma should get an EUA was not controlled, he said.

“They basically looked at 35,000 patients throughout the country that received convalescent plasma up and through June 4, and then they followed them,” Milani said. “As a part of this study, we submitted data early on, and then we also submitted 30-day data, looking at outcomes.

That makes it difficult for researchers to disentangle which therapies made the biggest difference.

What is known, Milani said is that the treatment seems to have the most benefit when it is given to hospitalized people early in the course of the disease.

“The large majority of patients with COVID never are hospitalized,” Milani said. “But there are some that are, unfortunately, at risk for more severe outcomes. So we’re talking about patients who early on in their onset of symptoms, soon after diagnosis, are hospitalized.

“What we’re looking at is how long have they had symptoms for? Usually, patients don’t just come in on a ventilator. Usually, they’ve had symptoms developing and worsening over a period of time. And when we talk about this immune phase of COVID, this is typically in the second week of illness that patients are usually becoming much worse. So, ideally, you would give them this product before that time.”

Ideally, Milani said, there should have been more research—randomized, controlled trials—before an emergency use authorization was issued for convalescent plasma.

And he said the use of convalescent plasma is not a magic bullet for COVID-19 patients.

“This, by itself, is not a game changer,” Milani said. “Many of us are already treating patients with convalescent plasma. It’s a part of an armamentarium of medicines that we’re trying to use—whether it’s remdesivir in conjunction with plasma, in conjunction with steroids, depending on where they are in terms of their symptom onset.

“Ideally, when we’re talking about medical therapeutics, we really like to see evidence and findings from randomized trials. And I think that by itself, knowing that we already have these different medications, are probably going to be difficult to do.”

Planeth said he’s hopeful the FDA’s emergency use authorization will encourage more study of convalescent plasma’s effectiveness—not less. It isn’t a full-blown endorsement of the therapy. It’s just allowing more people to continue to receive it while trials continue.

But, Planeth said, the way the president made the announcement wasn’t ideal.

“It was rolled out as almost a political statement,” Planeth said, “and there were a lot of misstatements made. The president referenced (Operation) Warp Speed. Whatever the Warp Speed program is, it has nothing to do with the Mayo Clinic data. … And then, unfortunately, they cited some figures—35% mortality decline—which is not quite accurate. The rollout was mistaken.”

But the FDA took a revolutionary step in making the announcement, Planeth said.

“This is remarkable,” Planeth said. “It’s never been done before, and I don’t know quite what it means. I think the blood banks are now scratching their heads, saying, ‘How do we do this?’ Not every blood bank can do that test so there are going to be some kinks to be worked out.”

“We saw a dose-response gradient with the lowest mortality in that high-titer plasma group,” he said.

It raises ethical concerns, Planeth said, if doctors know that higher-titer plasma is more effective at reducing mortality, but may only have access to low-titer plasma.

“How do you explain that to the patient?” Planeth asked. ” ‘I don’t have the high-grade, high-titer class of plasma. I have the low-titer plasma. This could work. We don’t know that it doesn’t work, but we do know it doesn’t work as well as high-titer. So what are you going to do? We don’t have high-titer.’ It’s ethically complex.”

The nation’s supply of convalescent plasma may be a problem, too, now that more patients are likely to be treated with it, Milani said.

“One of the concerns the medical community has is that there’s probably enough not enough supply going forward to meet what the expected demand may be,” he said.

“One thing that I think is really important is to make sure that there are campaigns around recovered patients to donate plasma. We’re all sort of competing for a limited amount of supply and it’s going to be difficult to get.”

But like Milani, Planeth said he’s hopeful all the hubbub will encourage more people to donate.

Donors can give weekly, Planeth said, and each time a person donates, blood banks are able to collect three units of plasma.

Beckerson said he’s looking into how he can contribute to the cause.

“I’m going to ask what do I do in regards to donating,” he said. “I’m just hoping that when I can give it, that it saves somebody’s life.”