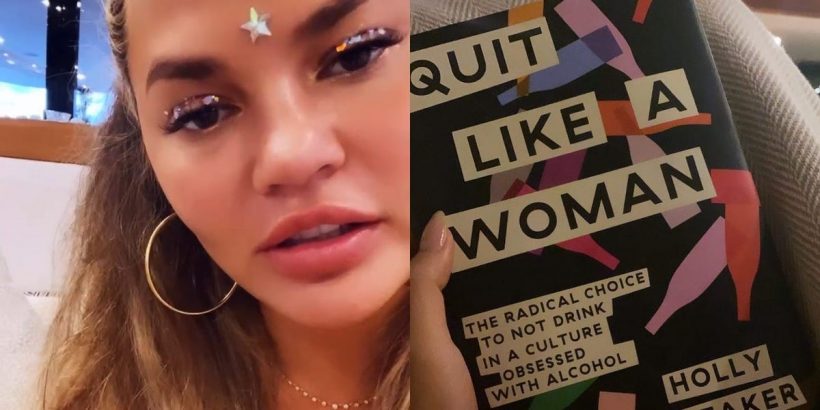 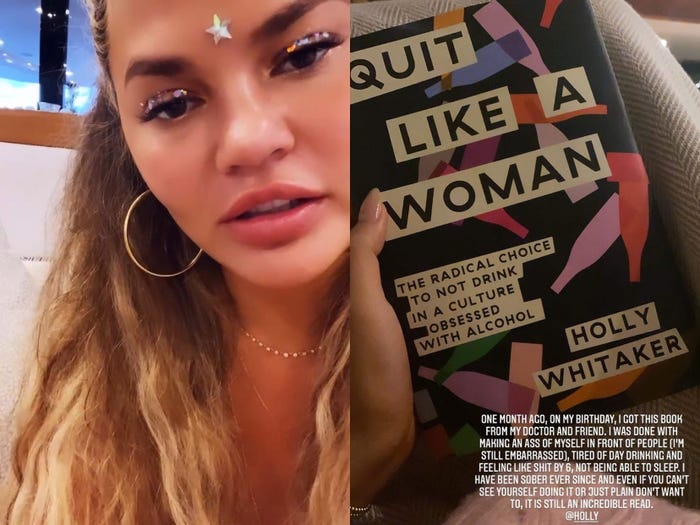 Cookbook author and television personality Chrissy Teigen shared on Tuesday that she was four weeks sober. Yesterday, she said she was inspired to quit drinking after a friend gifted her a book.

In an Instagram Story, Teigen shared a photo of Holly Whitaker's "Quit Like a Woman: The Radical Choice to Not Drink in a Culture Obsessed with Alcohol," and said it helped her decide to stop drinking after she turned 35 on November 30.

"One month ago, on my birthday, I got this book from my doctor and friend. I was done with making an a– of myself in front of people (I'm still embarrassed), tired of day drinking and feeling like s— by 6, not being able to sleep," Teigen wrote on her Instagram Story.

"I have been sober ever since and even if you can't see yourself doing it or just plain don't want to, it is still an incredible read."

"Quit Like a Woman" focuses on the way alcohol plays a prominent role in everyday life for women and femmes.

Whitaker shares her own journey, turning to prominent institutions like Alcoholics Anonymous and feeling like these spaces weren't meant for women and other marginalized groups because, as one reviewer put it, as "a program designed to chasten willful white men, AA is dangerous to people who already have way more humility than is healthy for them."

"It makes sense that a woman might entirely refuse a program that asked her to give up something she's not only never had, but was finally just grasping: a sense of self, a voice, a sense of her own desires, freedom in a world not made for her," Whitaker wrote.

The bias Whitaker said she felt in recovery programs made her interrogate ways the alcohol industry as a whole targets women and femmes in unique and insidious ways, just like Big Tobacco before it.

Whitaker posted Teigen's photo in her own Instagram Story, and said: "Thank you a thousand times over for sharing your humanity and multitudes, always. Infinite gratitude for you sharing my work."