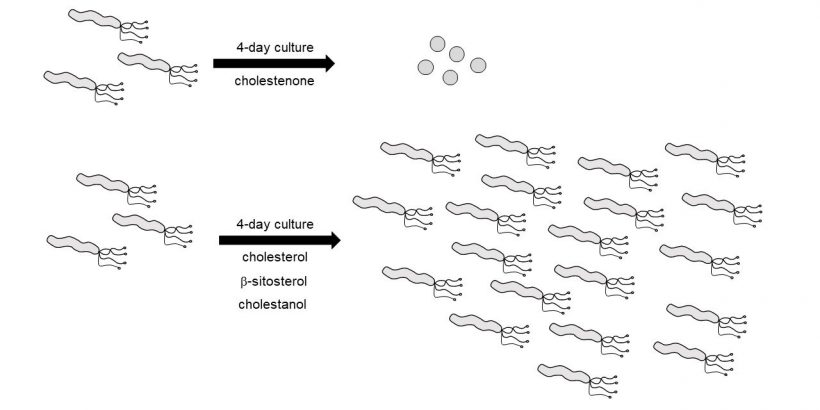 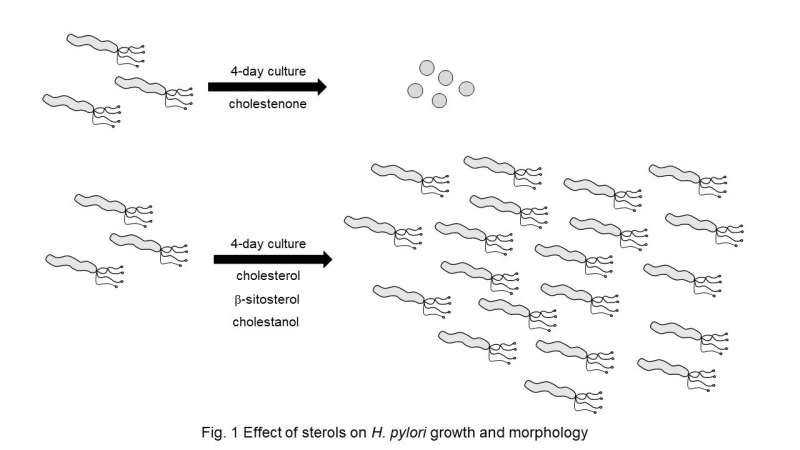 Helicobacter pylori (H. pylori), a gram-negative pathogen that has infected half of the world’s population is a Group I carcinogen according to the WHO. H. pylori resides in the gastric mucosa causing gastritis, ulcers, gastric cancers and malignant lymphoma of the stomach. It can be eradicated in most infected people using a combination of three drugs; antibiotics clarithromycin, amoxicillin, and gastric acid suppressants. Amoxicillin exerts antibacterial activity by inhibiting the biosynthesis of peptidoglycan present in the cell wall of bacteria, and clarithromycin exerts antibacterial activity by inhibiting protein synthesis.

The current success rate of H. pylori eradication is about 90%. Metronidazole is used instead of clarithromycin for secondary eradication, but the eradication success rate is still 75%, and drug-resistant H. pylori is a growing problem. Therefore, it is expected to develop drugs that exhibit anti-H. pylori activity by a mechanism different from those of these antibiotics.

Professor Nakayama’s research group previously showed that α1,4-linked N-acetylglucosamine contained in gastric gland mucus exhibits anti-H. pylori activity by inhibiting the biosynthesis of CGL, essential for its survival. CGL is biosynthesized by the action of CGL synthase (αCgT) present on the cell wall of H. pylori, in which glucose derived from UDP-glucose binds α1,3 to the hydroxyl group at the 3-position of cholesterol. Cholestenone, on the other hand, is a substance very similar to cholesterol, but with a ketone group at its third position. Therefore, cholestenone cannot be a substrate for CGL synthase, and it is hypothesized that H. pylori cannot biosynthesize CGL in the presence of cholestenone.