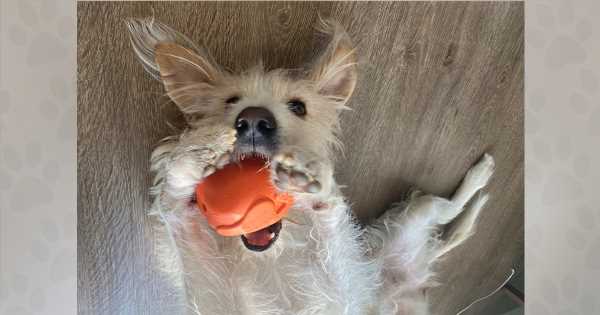 The day after Esther K. and her fiancé, Dan, were engaged, they drove to the ASPCA Adoption Center in Manhattan to pick up Cheddar, a dog they had agreed to foster.

“Many people like us were looking to foster a dog,” says Esther. “But every time a new dog became available, they were placed right away.”

This was Esther and Dan’s second try for Cheddar. The first time Esther inquired about Cheddar, the three-year-old terrier mix already had a foster caregiver, but that later fell through.

“We were thrilled when we found out she was available again,” says Esther, adding that Cheddar was not only her first foster dog—but her first dog ever.

Five months earlier, on January 21, 2021, Cheddar was reportedly hit violently by her owner during a domestic dispute. Family members reported they could hear the 40-lb. dog crying out while being struck. Working with the ASPCA, the NYPD seized Cheddar and took her to the Veterinary Emergency Group, an ASPCA partner clinic, for a medical examination. The following day, she was transported to the ASPCA Animal Hospital.

Research indicates that up to 89% of pet-owning women entering domestic violence shelters report that their abuser threatened, harmed or killed a family pet, and nearly half of domestic violence survivors with pets delay seeking safety, fearing what would happen if they left their pets behind.

During the COVID-19 pandemic, domestic violence incidents reportedly rose as a disturbing consequence of nationwide stay-at-home orders and recommendations.

An arrest has been made in Cheddar’s case, which remains active.

Helping the Victims of Domestic Violence

The ASPCA advocates for policies that safeguard both humans and pets from violence in the home and has supported efforts to include pets in orders of protection from domestic violence.

More than 30 states have enacted laws allowing courts to include family pets in temporary restraining orders, and in 2018, Congress passed the Pet and Women Safety (PAWS) Act as part of the Federal Farm Bill. This vital legislation protects survivors of domestic violence by making it a federal offense to cross state lines to injure a pet.

“No one should have to choose between leaving an abusive situation and ensuring their pet’s safety,” says Nancy Perry, the ASPCA’s Senior Vice President of ASPCA Government Relations.

You can visit the ASPCA Advocacy Center to learn about and urge Congress to expand a new grant provision within the 2023 Agriculture Appropriations bill that will help keep people and pets together.

When Cheddar was admitted to the ASPCA Animal Recovery Center (ARC), Drew Perry, an Integrated Care Assistant, noted that Cheddar rarely ate unless someone entered her kennel to feed her. 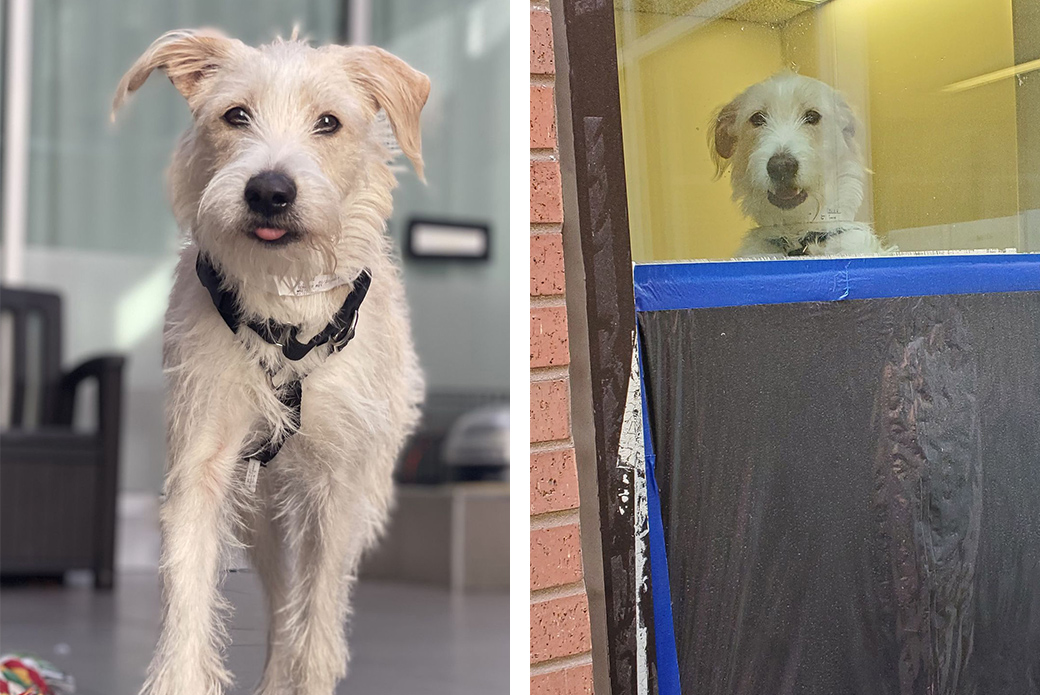 “She was a social eater and loved having visitors, especially at mealtimes,” says Drew. “When I had free time, I’d sit with her in her kennel, sing to her and hand-feed her canned chicken and treats.”

But Cheddar still suffered from severe separation anxiety. In May, she was moved to the ASPCA Canine Annex for Recovery and Enrichment (CARE) nearby for behavioral treatment, but her anxiety continued.

“She was very stressed and would try to dash out her kennel door when we opened it,” says Lynda Burgos, CARE Administrator. “Shelter environments overall can be stressful, but Cheddar was notoriously anxious.”

“Cheddar would repeatedly bark, cry and fight her way out of her kennel, and then plant herself firmly in the halls when staff tried to return her to her kennel,” says Brittani Rae, Behavior Specialist in ARC and CARE. “Not only was this challenging for staff to constantly manage, but it was hard to watch. No one liked to see her that upset all the time.” 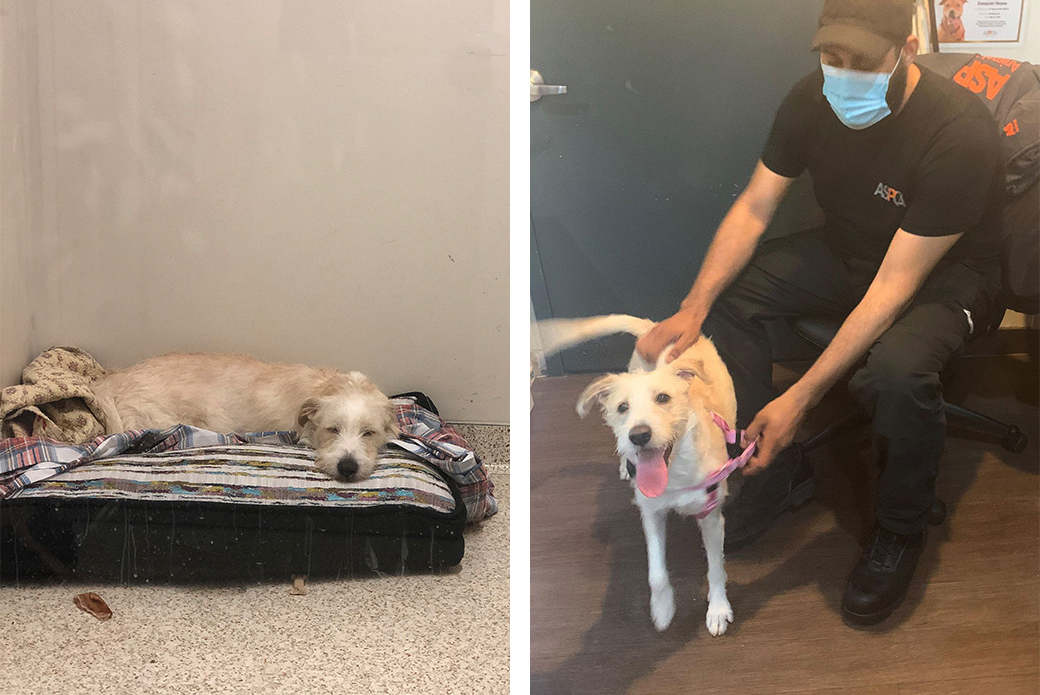 To help combat her stress, Cheddar received numerous types of in-kennel enrichment, including long-lasting chews, scents and extra toys. She also loved in-kennel socialization when staff had time to sit with her.

“She also played in groups with other dogs, which we think helped,” says Brittani. “But whenever she came back to us for rechecks or boarding, she went back to being extremely stressed. She hated it here, and sometimes wouldn’t even want to walk into the building.”

Lynda found a temporary foster caregiver for Cheddar, but her separation anxiety was too severe for her to be left alone and she was brought back. So, Lynda contacted Esther and Dan.

A month after they began fostering Cheddar, Esther and Dan moved to a quieter neighborhood in Long Island City, Queens.

“She got used to Dan because he was home all the time during the pandemic,” Esther says. “But by the fall, she was OK being by herself.”

Dan, who works in finance, still works from home three days a week, and Esther is a fifth-grade special education teacher. The couple married on April 1, 2022.

Cheddar is still skittish around people on skateboards, bikes or scooters, so Esther and Dan avoid them during walks. But she loves scratches, people and her new doggie daycare, where she’s been enrolled for several months. 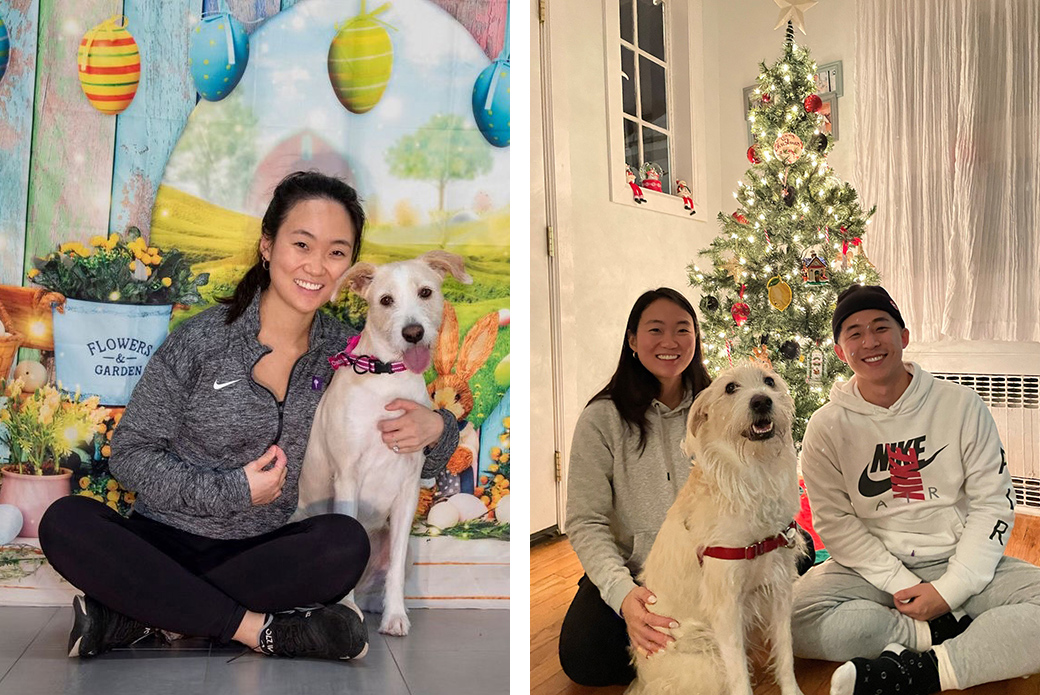 Once the ASPCA had legal custody of Cheddar, CARE’s medical, behavior and administrative teams worked quickly to make her ready for adoption. 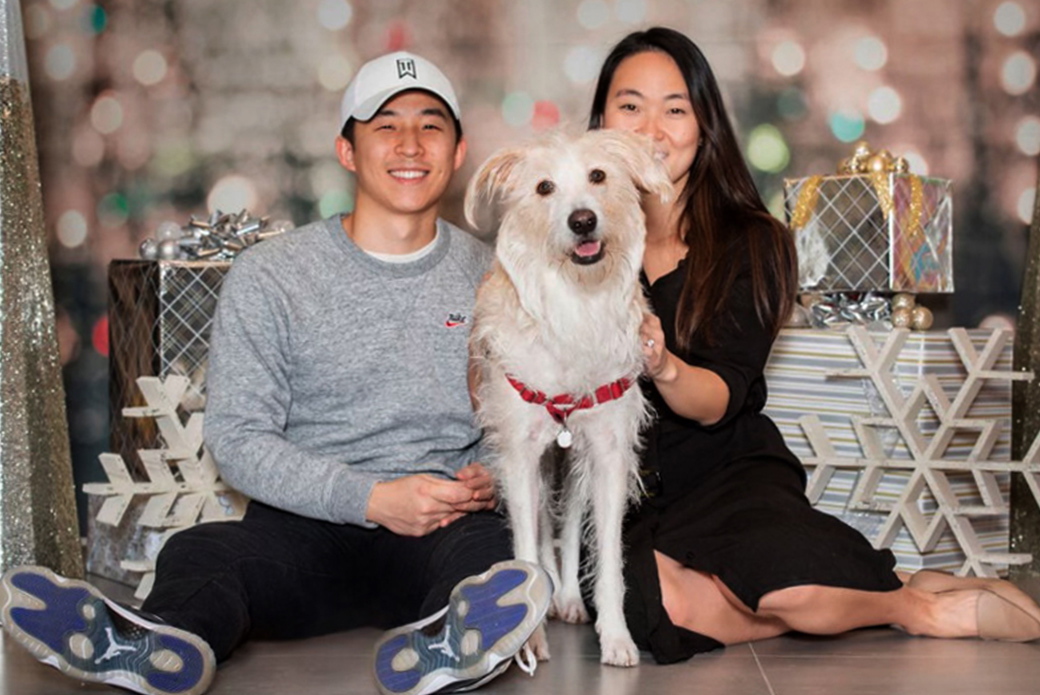 On February 8, Cheddar was officially adopted by Esther and Dan, who have since learned—thanks to DNA testing—that Cheddar is part fox hound and pit bull. A “super mutt,” in Esther’s words. 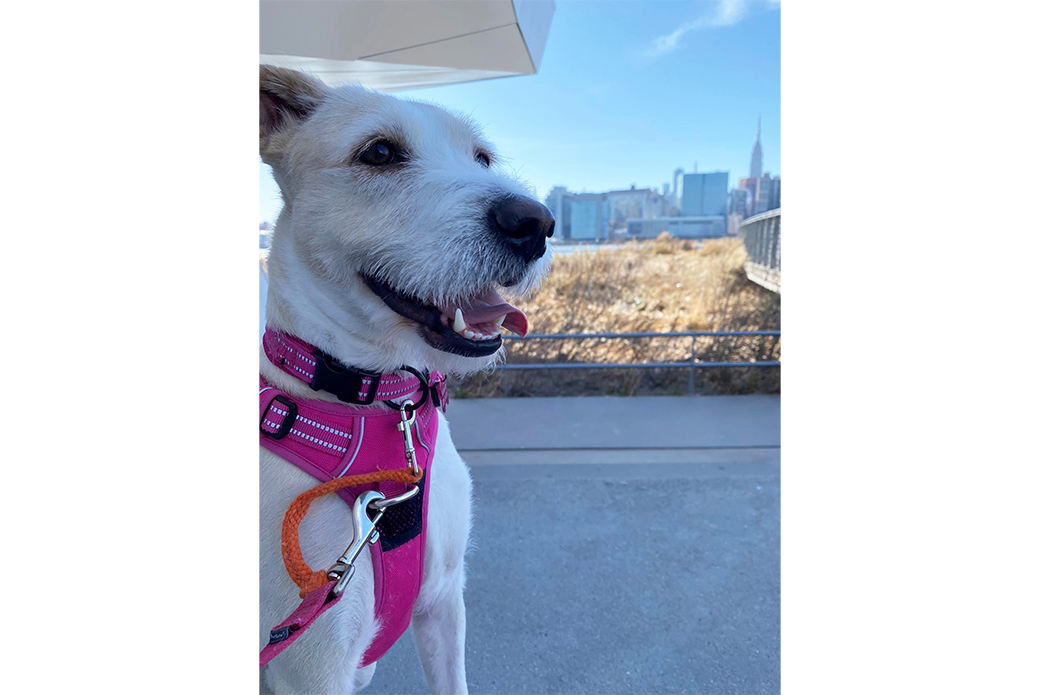 “Both of Cheddar’s fosters did an amazing job helping her through her anxiety issues,” says Lynda. “And we were glad to see her transition to a ‘foster fortune’ with Esther and Dan since they had all gotten to know one another over the eight months they were together. She’s come a long way.”