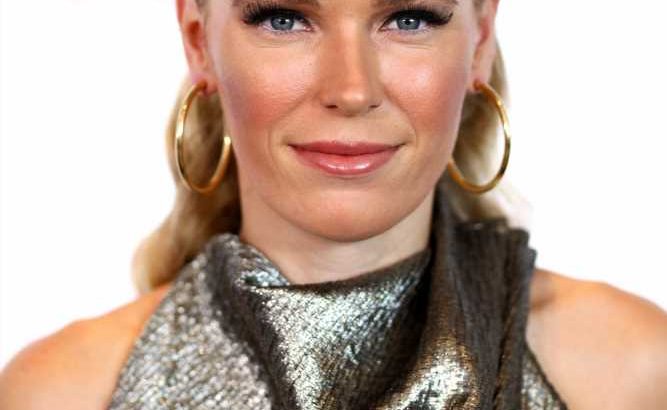 Caroline Wozniacki was having one of the best years of her career. It was August 2018, and the tennis star, ranked no. 2 in the world, had just won her first Grand Slam at the Australian Open, a dream come true after 13 years as a pro. But one morning, after playing a three-hour match the day before, Wozniacki woke up in “excruciating pain,” unable to get out of bed.

“I looked at my husband David [Lee], and told him, ‘I literally can’t move, I’m so exhausted and in so much pain,” the now-30-year-old tells PEOPLE. “I felt like I’d been hit by a car and had mono at the same time.”

Wozniacki, who retired in January, eventually learned after numerous doctor’s appointments, blood tests and months of pain that she had rheumatoid arthritis, an incurable autoimmune disorder that causes stiff and painful joints. But in that moment, she “had no idea what was going on.”

“It could have been cancer; it could have been a million things,” she says. “Being a strong athlete and going from playing three hours on a tennis court and then the next day barely being able to get out of bed, raised a lot of question marks.” Lee, 37, had to physically carry Wozniacki — known as one of the fittest players in tennis — out of bed, put her hair in a ponytail and help her on a plane from Montreal, where she had played the day before, to her next tournament in Cincinnati. Wozniacki made it through one “dizzy” set there before withdrawing and flying to New York City, where a doctor confirmed that she had an immune disorder, and only after continuing to advocate for her health did she learn she had RA.

“It was a big shock,” she says. “I’ve never had anyone in my family with RA or an immune disease — I just couldn’t understand how a fit young person could have this disease.”

The disease, though, does often develop at younger ages, unlike the more common osteoarthritis that is the result of wear and tear on the body. While the cause of RA is not well known, researchers believe that it is likely genetic. And while Wozniacki’s diagnosis came as a surprise, looking back, she realized she had been “fighting with these symptoms for quite a while.”

Her rheumatologist reassured Woznaicki that she could “live a normal life,” and even continue to play professional tennis, as long as she started on a treatment plan. That required listening to her body — a tough ask for the competitive Wozniacki, who admits she “loves to push myself to the extremes.” Instead, she had to evaluate how she felt each morning, and plan her training schedule accordingly.

“If I feel great, perfect, we go all-out and do everything. If I don’t feel well, then I have to be a bit kinder to myself and my body and not get frustrated if I have a bad day,” she says.

That, along with a revamped diet of anti-inflammatory foods, added sleep, avoiding stress and regular therapeutic massages helped her get back on the court, and in October 2018, one month after her diagnosis, Wozniacki won the China Open.

“It’s probably one of my proudest moments,” she says. “Nobody other than my family knew about my RA, and I proved to myself that I can do anything.”

Wozniacki played for another year before announcing that she would retire after the 2020 Australian Open. She said it was not because of her RA, though the disease does “make some things more challenging” — but to spend more time with Lee, whom she wed in June 2019, and start a family.

For more on Wozniacki and her battle with rheumatoid arthritis, pick up a copy of PEOPLE, on newsstands Friday “Knowing that I can have children and everything should be fine was a big relief,” she says.

Wozniacki has also been working on Advantage Hers, a new campaign launching Wednesday to raise awareness for women with chronic inflammatory conditions like RA.

“I wanted to create a platform where women can empower each other, where we can communicate and talk,” she says. “Maybe there are things that work for me that can help somebody else.”