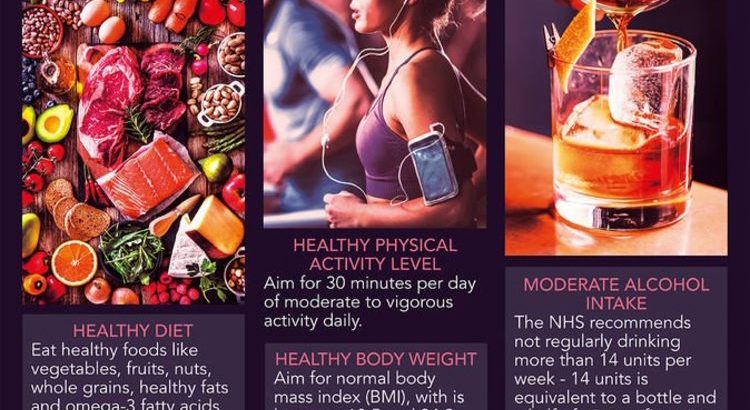 Adam Hills on importance of Stand Up To Cancer after pandemic

If you notice certain signs in your voice, Cancer Research UK suggests that you flag these to your GP. The charity notes that symptoms are more often a sign of something far less serious, “but if it is cancer, spotting it early can make a real difference”. Symptoms can come in a range of forms, and occur in people of all ages.

The charity has outlined some general symptoms that affect your voice and breathing.

It adds that a persistent cough could be a sign of cancer. Similarly to a croaky voice, if an unexplained cough doesn’t go away in a few weeks or gets worse, you should speak with a doctor.

Finally, Cancer Research UK says breathlessness may be a sign. It states: “It’s not unusual to feel out of breath every now and then. But if you notice that you’re feeling breathless more than usual or for a lot of the time, tell your doctor.”

Macmillan charity also notes that if you have any difficulty swallowing or chewing, or a feeling that something is stuck in your throat, you should get it checked by your GP.

Ultimately, Cancer Research UK says “if you spot anything that isn’t normal for you – don’t ignore it”.

It is important to be vigilant of changes in yourself, because spotting cancer early increases the chances of survival.

If cancer has not spread this means treatment is more likely to be successful, explains the charity.

In the UK, national screening programmes can help diagnose cancers at an early stage, but cancer screening is for people without symptoms, so if you have symptoms do not wait for a screening.

The NHS says that if your GP suspects cancer, they’ll refer you to a specialist, which should usually be within two weeks.

Macmillan charity says you should follow up if you are still concerned. It states: “If you have already been to your GP but the symptoms have not gone away, it is important to see them again in a week or so.”

The charity adds that “you are not wasting their time” and if you have symptoms you should certainly seek advice from a healthcare professional.

Macmillan says that in the UK, around 360,000 people are diagnosed with cancer every year.

Cancer starts in your cells, which receive signals from the body.

Sometimes these signals can go wrong, and the cell becomes abnormal. These can form a lump, called a tumour.

Though not all the causes of cancer are known, you may be able to reduce your risk.

Macmillan says that some people make lifestyle changes to try and reduce this risk.

These can include stopping smoking, eating a healthy diet and being physically active.