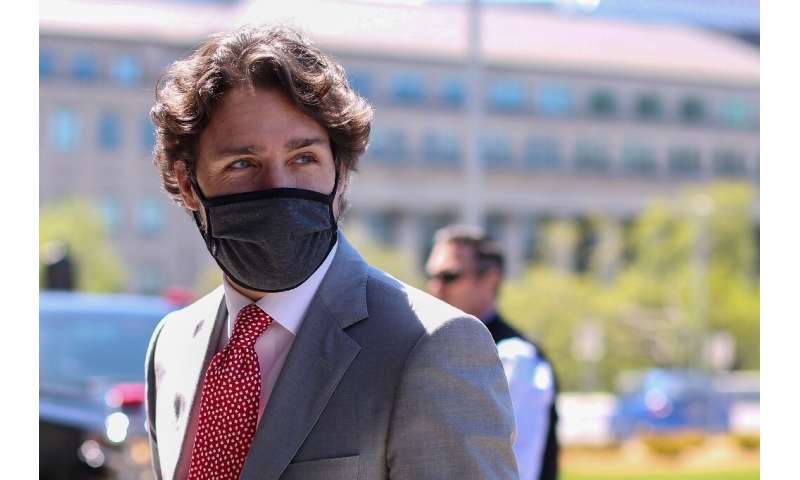 Prime Minister Justin Trudeau called on Canadians Friday to redouble efforts to slow the spread of Covid-19, citing a record number of new cases and projections the count could soon double.

There were nearly 5,000 new cases reported across Canada on Thursday, including 83 deaths, and those figures could double by early December without strong measures to curb outbreaks, according to public health projections.

“We have to reverse these trends, now,” Trudeau told a news conference.

“We all want this to be over, but it’s not going to be over for many more months,” he said. “How bad it gets in the coming months depends on all of us.”

The prime minister urged his compatriots to continue to take precautions including social distancing and wearing masks, and to not let up as pandemic fatigue sets in.

He also warned of dwindling federal resources to combat the pandemic—after spending more than Can$300 billion (US$230 billion)—while the Canadian Medical Association (CMA) warned that hospitals are at risk of being overwhelmed as the number of serious illnesses rises.

“We’re at a tipping point,” the CMA said in a statement, calling for “tougher restrictions.”

“The measures being taken to mitigate the virus are not sufficient,” it said.

The midwestern province of Manitoba, which was spared at the start of the pandemic, has already ordered a month-long lockdown to curb soaring infections.

Quebec is considering prolonging an upcoming Christmas school break, while doctors called for emergency lockdowns in Alberta province and hotspot Toronto after Ontario this week overtook Quebec in new cases.

“There is a threshold beyond which, when the cases spike too much, we might have to make really difficult choices about where to deploy the limited resources we have,” Trudeau said.