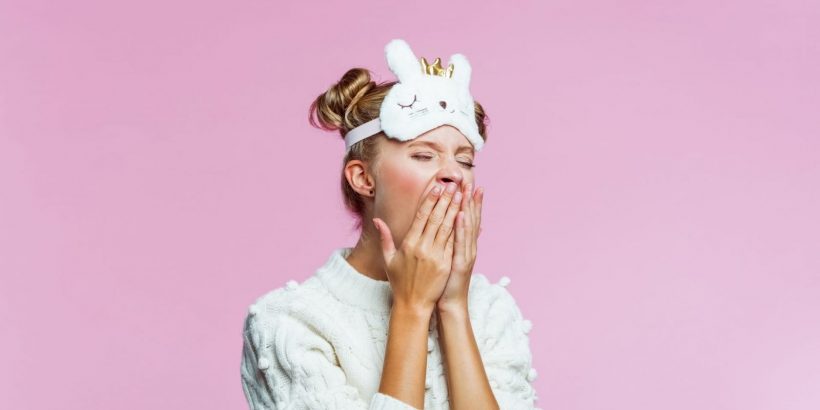 Never get to bed before midnight? We ask the experts if we’re more resilient to sleep deprivation than we think.

In an ideal world, we’d be in bed by 10pm after unwinding for an hour with a good book and a cup of tea. In reality, we’re getting home from post-work plans and making dinner at 9.45pm, before crawling into bed on a full stomach and waking up to go again at 6.30am the next morning.

Most of us would argue that we never get enough sleep. But when we talk about sleep deprivation, do we just mean we’re tired or is only getting six hours’ kip a night actually having a detrimental effect on our mental and physical health?

Gut health and sleep: is your poor gut health stopping you from sleeping well?

National Sleep Foundation guidelines advise that adults need between seven and nine hours of sleep a night; those over 65 need slightly less (seven or eight hours). A 2018 study of over 10,000 people also found that our body’s ability to function declines if we don’t get at least seven hours of rest, with verbal and reasoning skills taking a dramatic tumble without sufficient sleep.

Dr Katharina Lederle, founder of Somnia, explains that there’s a U-shaped relationship between sleep duration and health (physical and mental). “Both too little and too much are bad,” she says.

As with all aspects of health, however, the effects differ from person to person. “People differ in how vulnerable they are to sleep loss. For some, a couple of nights with a couple of hours’ less sleep than usual will affect performance and health, while others only feel the effect after a few poor nights. There is no one-size-fits-all sleep duration,” Dr Lederle confirms.

Too little sleep has a similar impact to being intoxicated

She points to a study that found performance and reaction times are impaired after being awake for 17 hours – your reaction times are as slow as if you had a blood alcohol level of just below the legal driving limit. To put that into context, if you wake up at 6am and go to the pub after work – eventually sliding into your sheets at 11pm, you’ll have been active for 17 hours.

Now imagine you’ve been out at a dinner or show after work (not drinking) and your car is parked at the station. Driving home after being awake for that long may mean your reaction times are the same as if you’d had a glass of wine. If you wouldn’t get behind the wheel after a drink, why do so many of us drive or cycle when we’re knackered?

Regular nuggets of under-sleeping aren’t doing you any good

But let’s move along. Next up are those of us who might not be pulling 17 hour days but just regularly lose out on tiny amounts of sleep every night. Maybe you go to the gym at the crack of dawn but can’t seem to bring your bedtime forward, or perhaps you always end up stuck in a TikTok hole just as you should be pulling down the blackout blinds. Are we as bad as those long-stint under-sleepers?

Dr Lederle says that consistent, small sleep loss (such as an hour each night) “might not immediately lead to a disaster but the lost hours add up and will affect your physical and mental health.

“It all depends on how many nights you get too little sleep and what you do.” Even as a sleep doctor, she admits that it’s normal for her to miss the occasional hour or have a poor night sandwiched between refreshing sleeps.

“But if you get less than five hours one night, and that then starts to happen over a few nights, it’s going to start taking a toll on your body and mood,” she says. “Rather than thinking how little sleep you can get away with, try to concentrate on how a healthy sleep supports you in being able to do what matters to you every day.”