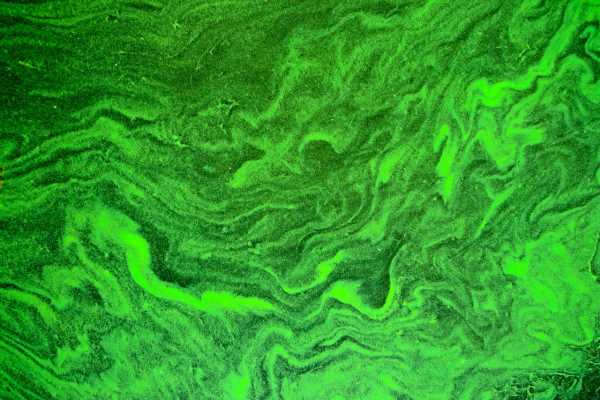 A family was recently found dead on a hiking trail along the Merced River in a remote area of the Sierra National Forest in California. There were no signs of damage to their bodies.

Investigators are looking into the possibility that toxic algal blooms may be to blame. But is that the likeliest explanation? One researcher told Live Science, that while possible, that scenario would be unusual.

After a friend reported the family missing, searchers discovered the bodies of John Gerrish,  Ellen Chung, their 1-year-old daughter Miju and their dog, Oski on Tuesday (Aug. 17) in Mariposa County, along the Hite Cove Trail near Devil Gulch.

“This is a very unusual, unique situation,” Kristie Mitchell, a spokesperson for the Mariposa County Sheriff’s Office, told the San Francisco Chronicle. “There were no signs of trauma, no obvious cause of death. There was no suicide note. They were out in the middle of a national forest on a day hike.” What’s more, the couple were known to be avid hikers, according to the Chronicle.

Investigators briefly considered the possibility that the family may have been exposed to toxic fumes from nearby abandoned mines.

As many as half a million abandoned mines may dot the U.S., according to the Bureau of Land Management (BLM). Back when these mines were in operation, their operators could just simply abandon them without removing hazards.

Abandoned mines can accumulate many different lethal gases, including methane, carbon monoxide, hydrogen sulfide and toxic levels of carbon dioxide. If people breathe in these gases, their muscles stop responding normally, thinking becomes clouded and a person can become unconscious and die. What’s more, these chemicals are often odorless and there are no other warning signs that you’re breathing them in, according to the BLM.

When the bodies were found, the area was briefly designated a hazmat site — or an area that may have “hazardous materials” to a person’s health; the designation was lifted the next day, according to NPR.

The Mariposa County Sheriff Jeremy Briese told The Fresno Bee that he didn’t believe the deaths were connected to a nearby mine. The nearest known mine was over 3 miles (4.8 kilometers) away from the bodies; still, because that area had a community of mines, there could be some that we don’t know about, Briese said. In the mid-19th century, an area around Hites Cove held a hard-rock gold mine, where certain techniques are used to extract “hard” minerals holding metals like gold, according to The Associated Press.

Briese also said investigators were considering toxic algae blooms as a possible cause, and that the U.S. Forest Service had recently posted warnings about toxic algae at the start of the trail near Hites Cove, where the bodies were found, according to the Fresno Bee.

Such blooms are caused by algae or cyanobacteria that grow in the water and can release toxins that can sometimes poison animals, such as cattle or dogs, according to The California Department of Public Health. These toxins can get into the body through ingestion, through the skin or even through inhalation.

People who swim, wade or participate in other aquatic activities in water laced with cyanobacterial toxins can develop health effects such as skin rashes, diarrhea and vomiting (if they ingest the toxins), or develop problems with the liver, kidneys or nervous system. But there are no known human deaths connected to drinking or wading in such contaminated water, according to the California Department of Public Health.

Indeed, Alan Wilson, a professor at the School of Fisheries, Aquaculture and Aquatic Sciences at Auburn University in Alabama, said that it’s unusual for people to die from algal blooms. “There are reports, but they’re usually kind of anecdotal reports,” Wilson told Live Science. “I get more people calling me this time of year normally for pet or livestock deaths.”

Dogs tend to be more susceptible to the algal toxins, in part because they get into the water and then get out and lick their fur, potentially ingesting a high dose of toxins, he said. “Human exposure when swimming is fairly low, we don’t ingest tons of water.”

In this case, if this family were to be exposed to such toxins, it would likely be from toxic algal mats and not blooms, he said. While algal blooms are not attached to anything, algal mats cling onto the bottom of water, such as on rocks.

The Merced River doesn’t look particularly deep and the water moves, which would make it hard for algae to build up and form algal blooms like it does in lakes, he added. But algal mats, because they’re clinging onto the rocks, wouldn’t flow down the stream.

— 10 bizarre diseases you can get outdoors

— 7 everyday toxic things you shouldn’t toss in the trash

The trail the family was hiking, the Savage Lundy Trail, snakes along the Merced River. On Thursday (Aug. 19), the State Water Resources Control Board said they were testing waterways in the area for such toxic algae, according to The Fresno Bee.

“The fact that it was two adults, a kid and a dog,” makes this a really unusual situation, he said. “You think that even if people were exposed they’re not all going to be exposed at the same rate.” Investigators are hoping that autopsies and toxicology tests will ultimately reveal more about what happened in this tragic story.