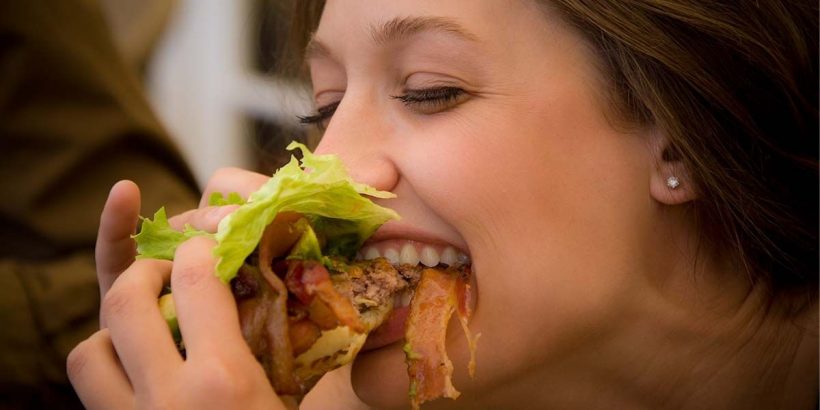 Cancer deaths remain stubbornly high every year, despite advances in treatments and diagnostic procedures. While the relationship between cancer and diet is complex, mounting evidence keeps tying a certain food group to an increased risk. Research, published in the journal Nature, adds to this evidence by pointing a finger at some of the nation’s favourites.

Whether you enjoy your sausages as part of a fry-up or pair them with mash, the small processed meats are a staple of British cuisine.

Other favourites like bacon and ham also belong on the shopping lists of many. But all of these processed products have been linked to cancer.

Now, a new study by scientists from Queen’s University Belfast found that a curing agent used in these foods boosted the growth of cancerous tumours in mice.

The pesky ingredient in question is called nitrite and it helps to preserve meat and give it the distinctive pink colour.

Furthermore, the animal models that followed a nitrate-packed diet developed 82 percent more tumours in the bowel than the control group.

While eating lots of processed and red meat has been previously linked to bowel cancer, this study highlights the negative effects of nitrites.

Previous studies have also linked nitrites to the development of breast and prostate cancers.

Professor Chris Elliott OBE, one of the researchers, said: “The results of this new study make the cancer risk associated with nitrite-cured meat even clearer.

“The everyday consumption of nitrite-containing bacon and ham poses a very real risk to public health.”

The study found that mice that were fed a similar amount of nitrite-free pork did not have an increase in tumours.

This is a further demonstration that consumption of the chemicals had a substantial impact on cancer risk.

Doctor Brian Green, one of the authors of the report, said: “The results from our study clearly show that not all processed meats carry the same risk of cancer and that the consumption of nitrite-containing processed meat exacerbates the development of cancerous tumours.”

What’s worse, around 90 percent of bacon sold in Britain is thought to contain nitrites.

The chemical is also used in some continental meat products such as frankfurter sausages.

The mice in the study were fed a diet of 15 percent nitrite-containing processed meat which is relatively high but the researchers suggested that the consumption of even lower quantities could still increase the risk of cancer.

Rick Mumford, head of science, evidence and research at the Food Standards Agency, said the new study would be evaluated.

He said: “Nitrates are important preservatives which hinder the growth of harmful organisms, in particular the bacteria responsible for botulism – which can be life-threatening.

“They are regulated as a food additive and, before authorisation, must pass a robust safety assessment.

“Because of the possible link between eating too much red and processed meats and bowel cancer, the government recommends limiting consumption of these products to 70g per day.”