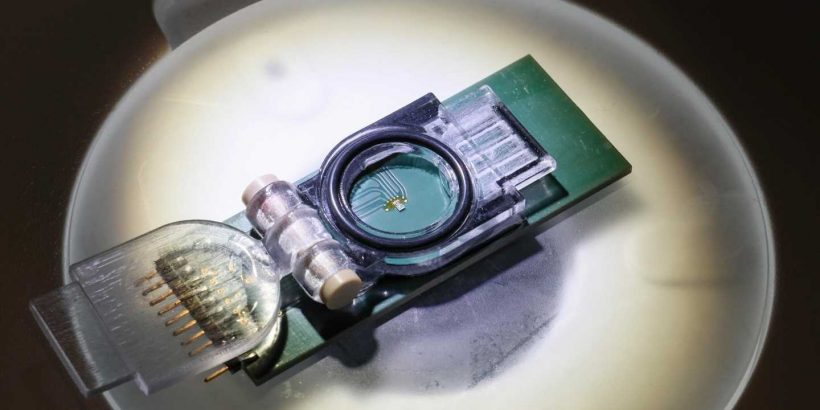 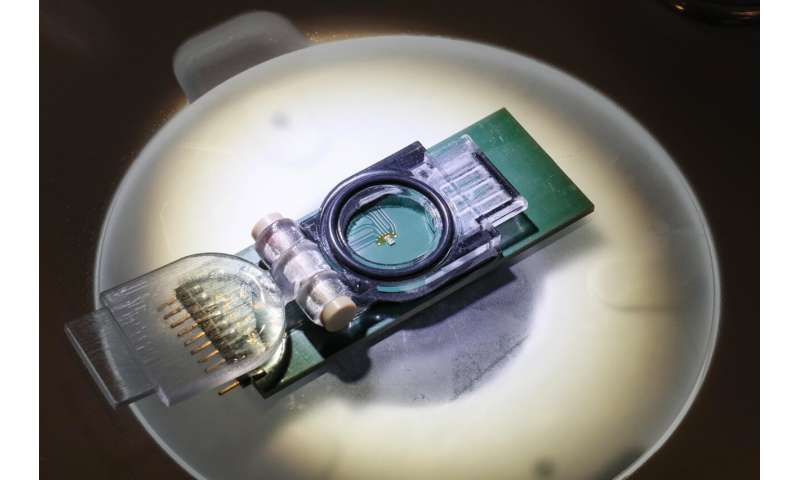 EPFL spin-off Annaida is developing a magnetic resonance system that can detect the chemistry inside the tiniest living organisms. The technology’s initial application will be in the field of fertility treatment, where it will be used to assess the viability of embryos before implantation. The company has just raised one million Swiss francs to validate safety and efficacy of its technology.

When it comes to the success of fertility treatment, selecting viable embryos can make all the difference. Scientists can already assess this tiny organism’s morphology and genetic makeup, but there is currently no way to determine its internal chemistry. Yet obtaining this data would make it easier to more accurately predict the likelihood of healthy development. EPFL spin-off Annaida has developed EmbryoSpin, a new sensor that allows hospitals and clinicians to predict the viability of an embryo and produces results in just one hour. The company has recently completed its first fundraising round, securing one million Swiss francs to hire new staff and test the safety and efficacy of its technology before proceeding to clinical trials.

A smart chip for fertility

Conventional nuclear magnetic resonance (NMR) systems are incapable of producing valid results for organisms as small as a grain of sand. Although some specialized devices are available, they’re not widespread because they are too complicated to use, too expensive and not yet sensitive enough. Several research groups around the world are currently tackling these issues. Solving these problems would give scientists unprecedented insights into the internal chemistry of microscopic entities, such as embryos and organoids—miniaturized organs that are increasingly used in pharmaceutical research. “The new sensor developed at EPFL’s Microsystems Laboratory (LMIS1), combines ease of use with unprecedented performance at microscopic scales, enabling previously impossible applications,” says Gora Conley, cofounder of Annaida. The scaled-down device can observe samples 50 times smaller than conventional systems—including human embryos in the very earliest stages of development.

NMR harnesses the intrinsic properties of the nuclei of certain atoms in the presence of a strong magnetic field. These nuclei absorb electromagnetic waves then release the absorbed energy at a specific frequency, which differs according to the type of atom and the chemical environment inside the molecule. Using a receiver to capture this signal allows scientists to determine the internal chemistry of the sample. The new technology developed at the School of Engineering de l’EPFL uses purpose-built 3-D-printed microfluidic structures to guide and contain samples smaller than a nanoliter. The structure is combined with a microchip, similar to those found in smartphones, which contains all the needed electronics. The whole system is just one millimeter across.

“In preliminary trials, we demonstrated that our technology is sensitive enough to detect the chemical composition of tiny organisms,” says Annaida co-founder Marco Grisi, whose Ph.D. thesis served as the groundwork for the technology. “More recently, we tested the system on embryoids obtained from mouse stem cells to see just how powerful it was. The sensor was able to detect viable signals showing the presence of lipids and metabolites, producing results in less than three hours.” The next step is to determine which chemical markers are predictors of healthy embryo development.